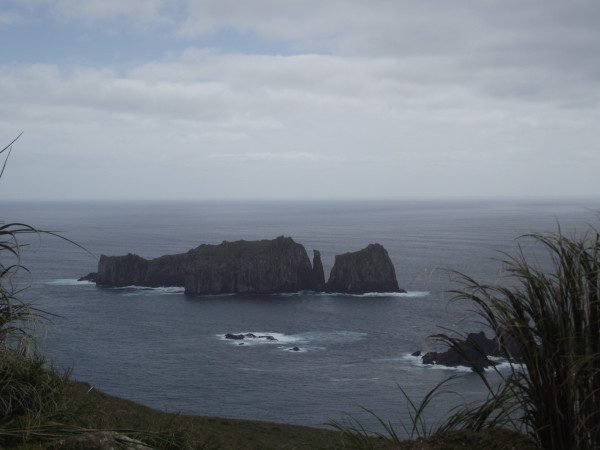 Stoltenhoff Island, which lies to the north of Nightingale. It is all cliff, highest point 99 metres. 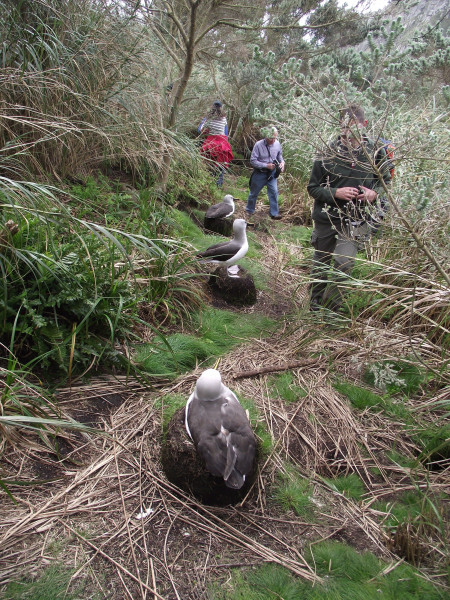 It is nesting season for the Atlantic yellow-nosed albatross. These birds nest on mud stools and did not flinch when we walked past them. There are about five thousand pairs which nest on Nightingale Island, and I saw them as well on Tristan da Cunha after I had climbed to the top of the Base. An Atlantic yellow-nosed albatross atop its mud nest. 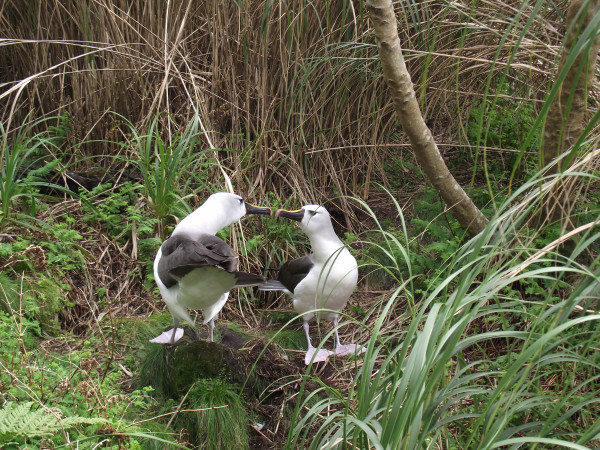 An affectionate moment between albatrosses. The forested area of Nightingale Island atop the “Base”, where the albatrosses nest. 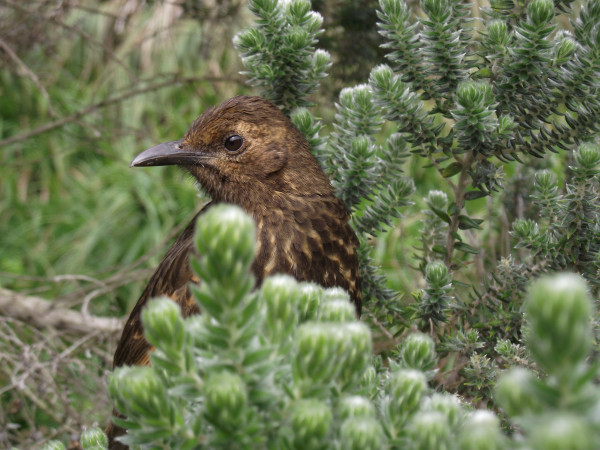 The Tristan thrush, known locally as the starchy, is a very tame bird. I rarely saw them fly, and they often hopped across our paths as we walked through the high tussock grass. They are not a flightless species, but with no predators or humans on Nightingale, they have no great need to fly. These thrushes hopped about, poking in and out of the grass, and would stay still long enough to get extremely close photos like this. Nesting albatrosses amid the Blechnum palmiforme, or bog ferns. These ferns look like miniature palm trees. This area is a marsh and my shoes squelched through the icy cold water which seeped to the surface whenever I took a step. I should have brought my boots on this trip as my socks got soaked. Not that it mattered much, as I would be knee-deep in water while waiting to board the small inflatable raft for transfer to Arctic Tern for the trip back to Tristan da Cunha. Albatrosses nesting amidst Scirpus bicolor, or small bog grass. Our group took a lunch break here and kept our behinds dry by sitting on these grassy stools. 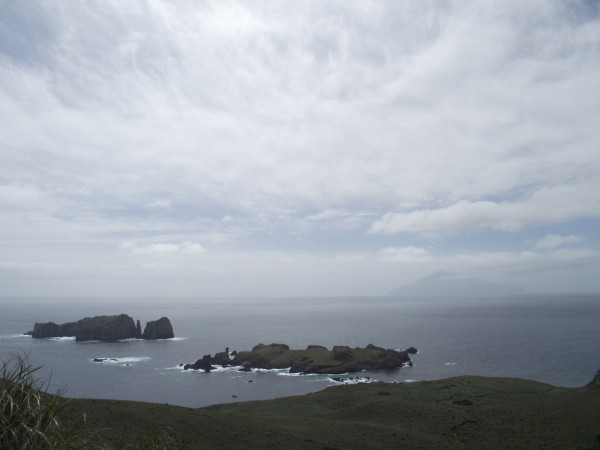 It was also nesting season for northern rockhopper penguins, so they weren’t doing what they were named after and were keeping themselves occupied with more important matters like caring for their eggs. In order to see them, we had to crawl into the nesting area among the tall tussock grass. Two scientists were based on the island for three months to study rockhopper breeding habits, and the nesting areas were all marked. We had permission to see the penguins, to do which we had to crawl on our stomachs to get down to their level. 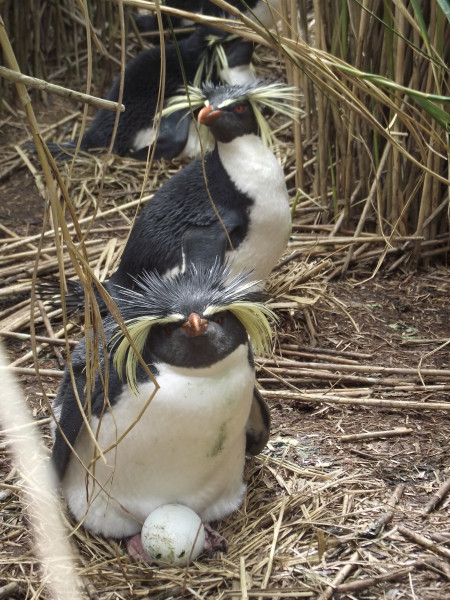 A rockhopper penguin spots me looking in. 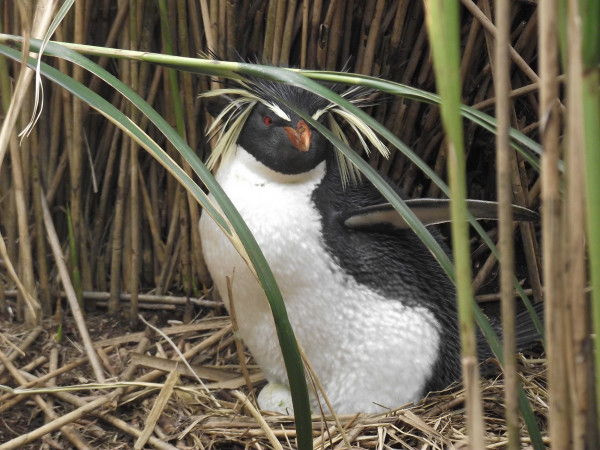 A rockhopper deep within the tussock grass. I have just climbed down to the west landing and am standing by the natural pool frequented by the seal population. This seal swam across the small inland pool, climbed onto the rocks and then jumped into the turquoise water surrounding Nightingale. 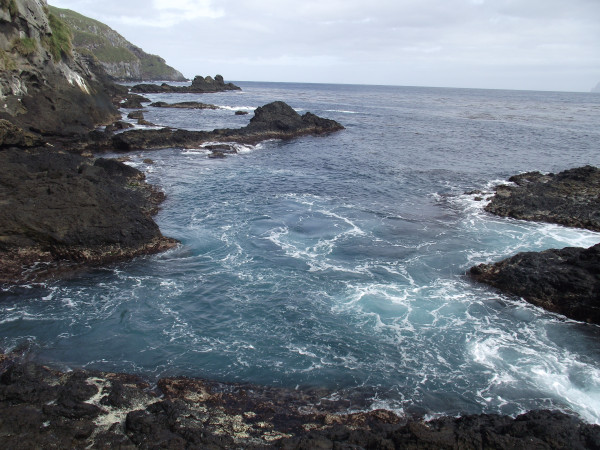 The turquoise water at the west landing. Pieter “Toast” Coetzer, a writer for the South African travel magazine go! after our RIB Arctic Tern returned to Calshot Harbour. Karen Lavarello-Schreier stands to the right. Murray Crawford is on the left removing his red life jacket. Marilyn Crawford stands between Murray and Toast. Read about the trip to Nightingale in my earlier post here, where I talk about the mid-sea breakdown of the other RIB, Svitzer, and its seasicky four-hour trip back to Tristan.