All of my translations of Le Petit Prince

I picked up a new translation of Le Petit Prince while in Berlin and I decided, finally, to write a post about all of my foreign editions. I have set up a display at work to show all of them, where I ask the public to identify the languages, or regional languages, they have been translated into. See the display on the library’s social media links here:

If I can still remember I have indicated where I acquired each edition.

Here’s where it all started: 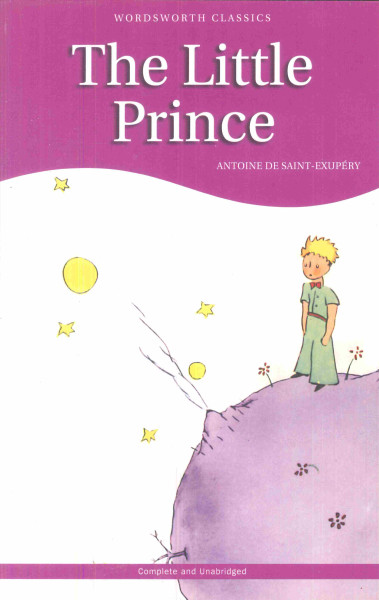 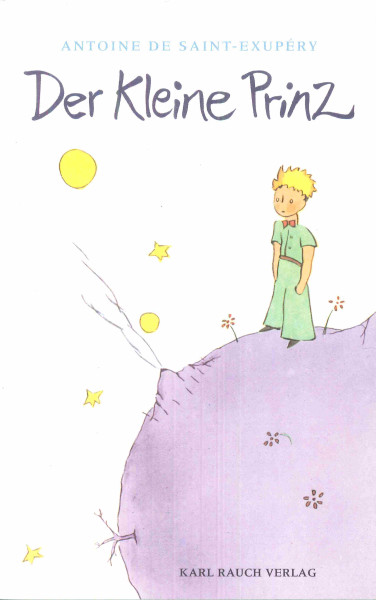 Standard German. Purchased in Berlin in 2010. 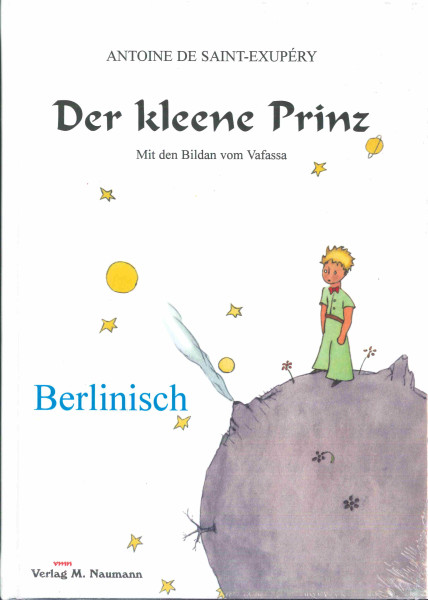 Bärndütsch, the dialect of German spoken in the canton of Bern, Switzerland. Purchased at Il Palantin, the only Romansch bookstore in Switzerland. 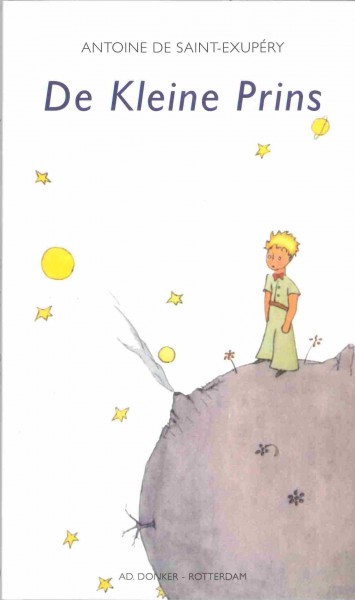 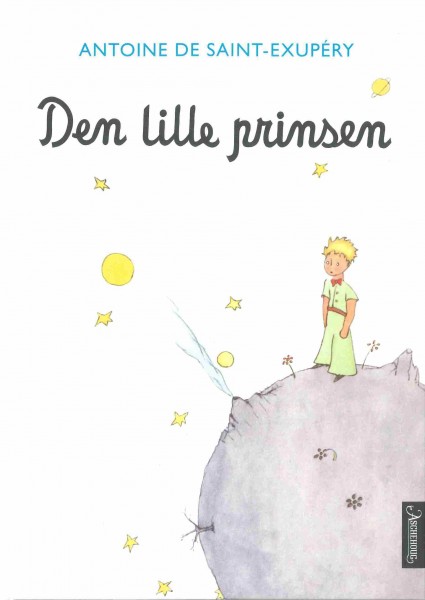 Danish. Purchased in Copenhagen (not during this latest trip). 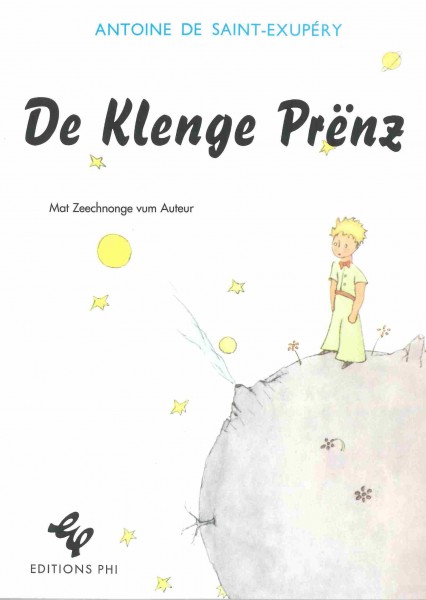 Lëtzebuergesch, or Luxembourgish. Purchased at Ernster bookstore in Luxembourg City. 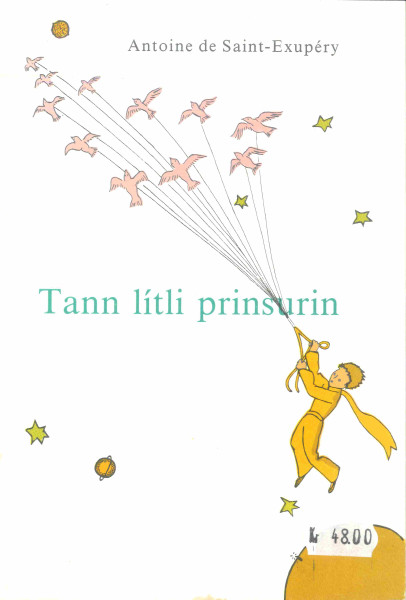 Faroese. A 1980 paperback edition which is stained on the edges and the back. I ordered it new (but it certainly didn’t look new) from a retail bookstore in the Faroes before I visited the islands for the first time in 2003. I did not see it for sale in the Faroes during this most recent trip. 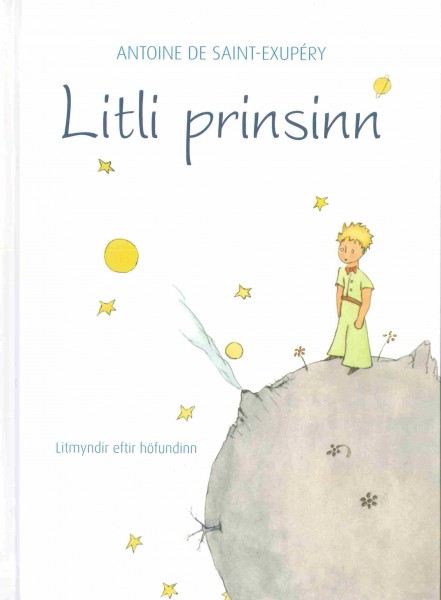 Latin. Purchased at the Harvard Book Store in Cambridge, Massachusetts. The Surmiran idiom of Romansch. Purchased at Schoenhof’s in Cambridge, Massachusetts. Italian. Purchased in the Italian canton of Ticino in Switzerland. 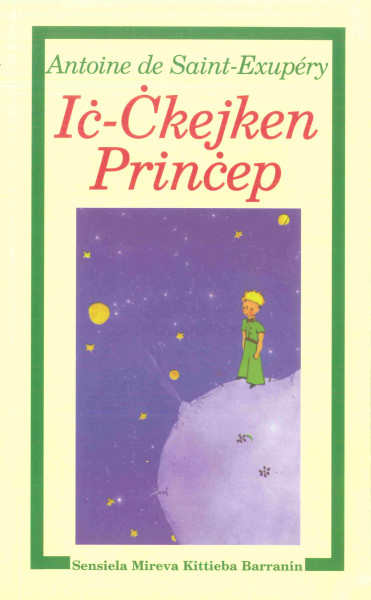 Maltese. Purchased by my friend Glenn Mosher during his trip to Malta. Spanish. This is a Cuban imprint so it could be in Cubano. This was an unwanted library donation. Tunturi Sami (also known as Northern Sami or Fell Sami). I must have purchased this while in Lappi, or Lapland. Breton. Found mixed in with the French juvenile books at Akateeminen Kirjakauppa, Helsinki. Estonian. Perhaps my most valuable edition is this 1960 paperback which I purchased in Tallinn. 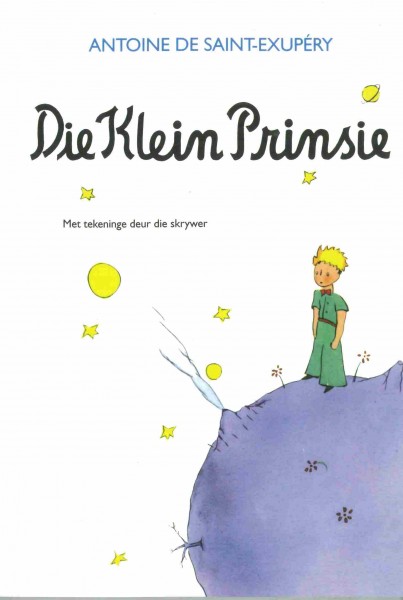 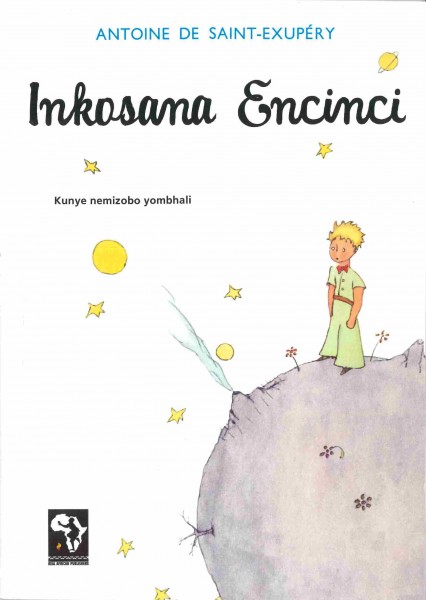 As I wrote in an earlier post, I could go on collecting translations for the rest of my life but restrict the versions I collect to the following criteria: