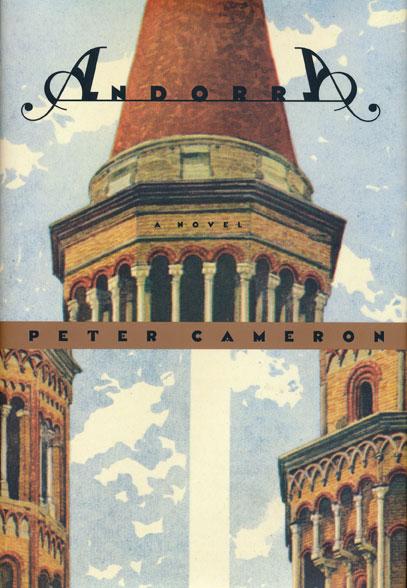 Andorra by Peter Cameron tells the story of Alexander Fox, who flees to the tiny Principality of Andorra in order to start a new life. When he arrives he meets a cast of characters in the capital who are also escaping from their former lives. Andorra was a novel of 263 pages but I raced through it in four days (if it hadn’t been for Christmas coming I could have finished it in two). The story had me hooked from page one. There is a lot of dialogue and it flows rapidly, so the pages will turn themselves.

Cameron took liberties with some fundamental aspects of the Andorran landscape and nationality law. I was thrown immediately when he described the country’s coastline and harbour. Andorra is a landlocked micronation wedged between France and Spain and thus has neither a coastline nor harbour. Nor does it have a railway, however that is the means Fox arrived in the country. The capital is Andorra la Vella, not La Plata. I remembered reading that Andorra was one of the most difficult countries where one could acquire citizenship through naturalization, yet one of the characters states:

“Anyone living in Andorra is considered a citizen. It’s part of our constitution.”

However after I finished reading the book I couldn’t help but wonder, surely Cameron would know all that he is writing about Andorra isn’t true. Why include a line about Andorran citizenship when the country has perhaps the most restrictive citizenship laws? References to water, the harbour and kayaking are throughout the novel, so it’s not as if Cameron let one maritime reference slip in. I keep thinking about Andorra, and the reasons for these scenic delusions. Cameron provided a perhaps self-referential yet definitely ironic passage about his own liberal reinterpretation of the Andorran landscape when Fox discusses a book with a local resident:

“I remained in my room all morning, writing in my journal and reading Crewe Train. I had read the first chapter of Crewe Train to Mrs. Reinhardt, and the Andorra described in its pages was very unlike the country in which I found myself. I mentioned this fact to Mrs. Reinhardt, who reassured me that the author had never been to Andorra and was known for her vivid imagination and propensity to take liberties with geography.”

Without wanting to give away any spoilers, which will be difficult when I am writing a review in such a public forum, I did get some satisfaction from Cameron at the very end of the novel. Yet over the course of my reading I wondered, frequently, why Fox made claims to have done or said something earlier. I would flip back to try to find these antecedents, thinking that I must have forgotten about them already due to my diminishing short-term memory. I noticed that Fox asked other characters about past conversations or if he mentioned his wife and daughter to them. These references to past or imagined conversations stuck in my mind until Cameron tied up those loose strings at the end of the novel. And then he made it all abundantly clear, and threw me for a loop as well.

Cameron wrote some similes and comparisons that required rereading. I was in awe the first time I read them, and still am:

“The trees made a great show of tossing their limbs in the air, like tempestuous, newly beautiful adolescents.”

“‘May I help you?’ asked a young woman standing behind the counter. She wore a white laboratory coat, as if she were a scientist. I have always abhorred that sort of shameless sartorial misrepresentation: makeup girls idling around cosmetic counters disguised as nuclear physicists.”

“I walked quite closely behind Miss Quay, who climbed the steps carefully and rigidly, her spine perfectly straight, so that her body barely touched her shiftlike dress. She climbed the stairs as if it were bad manners to have a body.”

I came across Andorra in a bookstore while attending a book launch for a colleague, whose book I will be reading next. You never know which new books you will come across, and I am delighted to have found such a captivating author as Peter Cameron.