Since Mark and I were in Halifax over Christmas, we celebrated with my brother Grant and sister-in-law Evelyn one week later here at home. Grant and Evelyn came by in the middle of the afternoon and brought their terror of a dog, the Pomeranian Trooper. I had gone to the Polish deli immediately after work (I did not even stop at home first) and picked up five kinds of Polish sausages, cold cuts and cheese. I also had sushi and sashimi plus another plate of pickles, olives, artichoke hearts and beets: 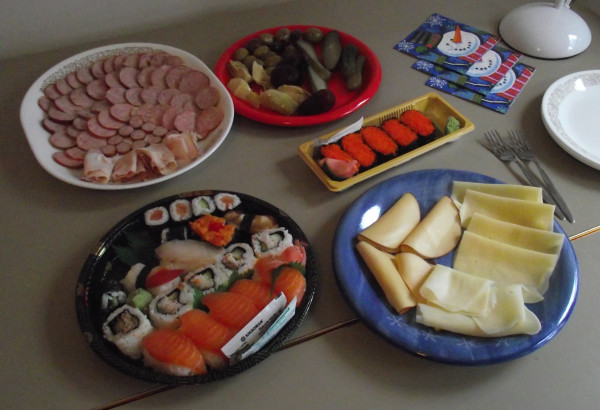 There was plenty more in the fridge, including more platters of sushi and sashimi. We ate this plus enormous shrimp and tempura shrimp later in the day. Since Christmas had already passed, there was really no need or obligation for us to wait until morning (New Year’s Day) to open our gifts. We did wait until the following morning to unwrap last year, yet after Mark arrived in the early evening we ate and then started unwrapping.

Here is how my living room looked from left to right: 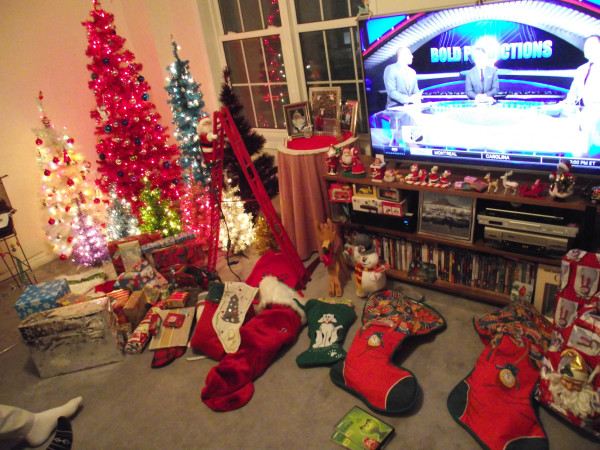 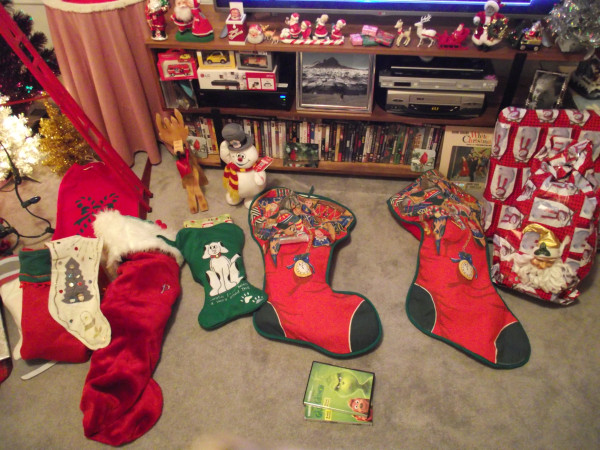 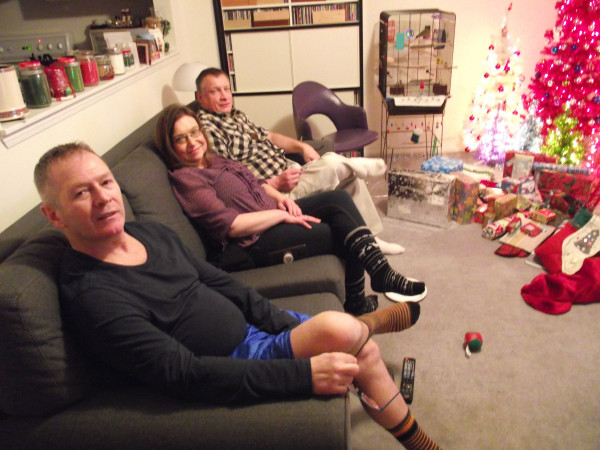 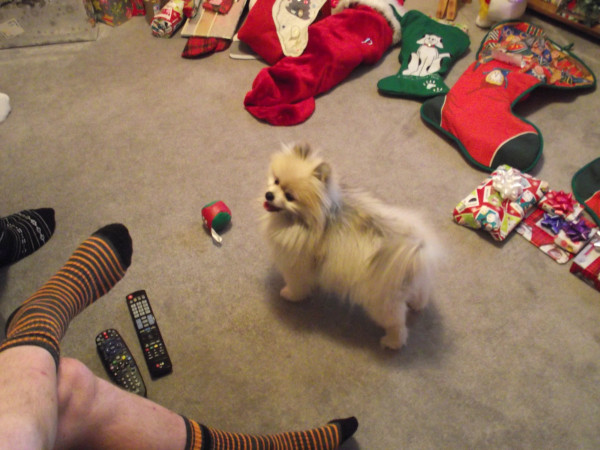 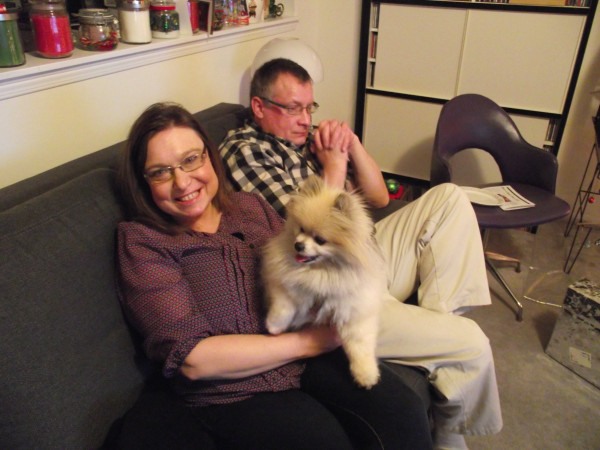 My brother is notoriously difficult to buy for. It is like pulling teeth to get any Christmas gift ideas out of him, and on more than one occasion I received his Christmas wish list far too late to do anything about it, especially when the gift items had to be sent away for. So Grant’s presents from me have sometimes been delivered to his house by Canada Post after Christmas. This year was a complete change and I got Christmas gift ideas from Grant many weeks in advance.

Grant is a conspiracy theorist, believing that the moon landing was faked, the Sandy Hook massacre never happened and–you gotta see this one coming–that the World Trade Center attacks were an inside job. I do not argue with conspiracy theorists since there is nothing I can say that will change their minds, although on more than one occasion I have kept my points short and sweet when dealing with my brother by calling him an idiot to his face. Nevertheless, he requested a certain book for Christmas and, reluctantly, I got it for him. You can see the title in the photo below, as well as Grant’s delighted face after he unopened it. He spent the rest of the night, and New Year’s Day, reading it cover-to-cover. I am sorry to be responsible for furthering his warped ideas: Mark knows how much I love Lucky Charms cereal–and how much I hate Shreddies. Shreddies are my least favourite cereal and I even pick them out of Bits & Bites. So it was an ingenious packaging idea of his to wrap up my favourite cereal inside an old Shreddies box. I was aware of the joke when I unwrapped it, as I could clearly see that the box was not a perfect rectangular prism and that it had been retaped. Yet still, a sly wrap job. You can see the red Lucky Charms box inside: We welcomed in the New Year together with champagne that Mark brought. Our first meal of 2020 was a breakfast of waffles (brought by Grant), scrambled eggs (made by Mark using eggs from Evelyn’s parents’ chickens) and thick bacon. We had an early dinner at 3:30. Evelyn sat it out as she wasn’t feeling too good.

Mark and I played three games of Scrabble after they left and in my opening play of my first game of the year I played WOOZIER, scoring 96. Mark challenged it unsuccessfully.