I bought most of my books in Cape Town at Clarke’s Bookshop, a second-hand retailer almost across the street from Select Books on Long Street. Since I can easily spend several hours in a second-hand shop I needed to make two trips to Clarke’s, and the haul that I describe here is a combination of my purchases over two visits. I gave a sneak peek at what I got at Clarke’s during my first visit in this earlier post and on my second visit here, so I will only be describing those books not already covered.

However, before I went to Clarke’s, I stopped off at Van Schaik (pronounced “skike”), an academic bookstore that was recommended to me by some Capetonians whom I met on the Tristan voyage. I bought two language books there, yet it would be more consistent if I grouped all the same languages together. First up, thus, are the books about the languages of South Africa: 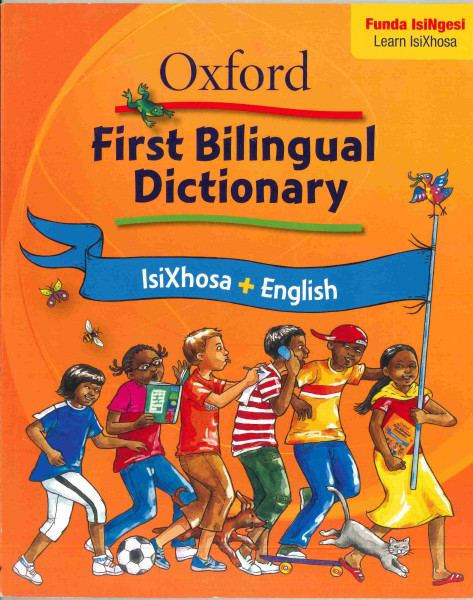 Oxford University Press has published numerous juvenile picture dictionaries on the indigenous languages of South Africa. I picked up four of them, and this one, First Bilingual Dictionary: IsiXhosa + English I got at Van Schaik. The Xhosa people refer to their own language as isiXhosa. The accompanying pictures enable the reader to cement the Xhosa term to the object. One page of the chapter entitled “Inside our house” ( = Xhosa “Ngaphakathi ekhaya”) reveals the English influence in terminology: bed = ibhedi, fridge = ifriji, kitchen = ikhitshi. 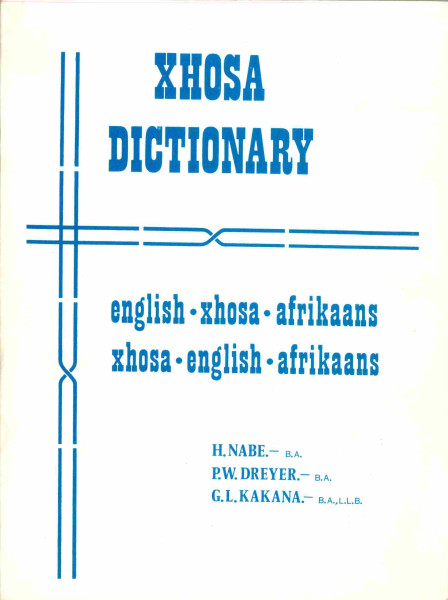 Xhosa Dictionary: English-Xhosa-Afrikaans/Xhosa-English-Afrikaans by H. Nabe, P. W. Dreyer and G. L. Kakana is a first edition from 1976. I liked the three columns in the first section which listed words in English alphabetical order, because I could learn both the Xhosa and Afrikaans terms at the same time. 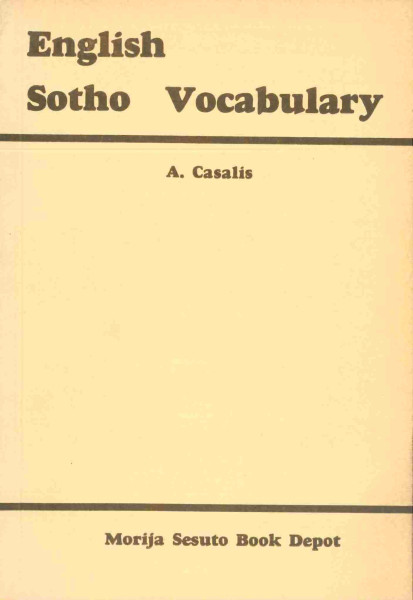 Sotho is another name for Sesotho. English-Sotho Vocabulary by A. Casalis is a unilingual dictionary. 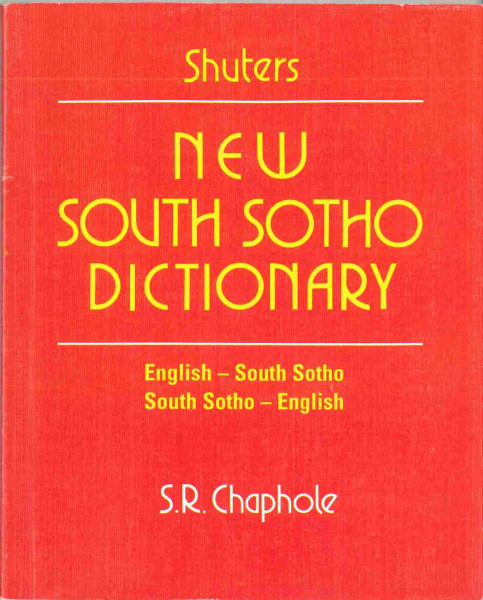 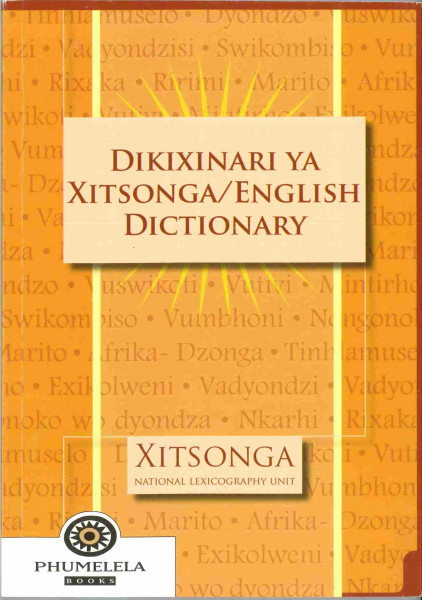 Xitsonga-English/English-Xitsonga / Dikixinari ya Xitsonga-Xinghezi / Bilingual and Explanatory Dictionary includes terms that reflect the current state of health in South Africa, especially as it affects the native population. This dictionary is full of terms under blood and HIV, for example HIV positive, HIV status, HIV-infected person, HIV-positive result (all of which have their own entry, and I suppose the hyphenation renders HIV-positive result not immediately alphabetically after HIV positive). There is also a separate entry for the phrase mother-to-child transmission. 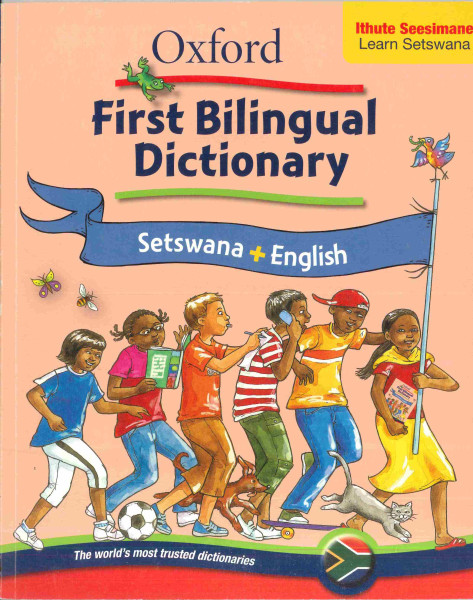 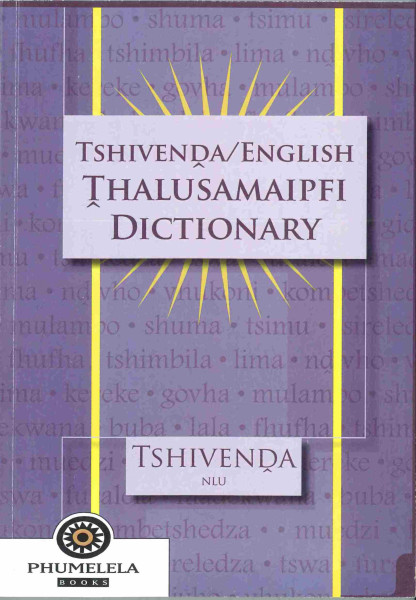 Tshivenḓa-English/English-Tshivenḓa / Ṱhalusamaipfi ya u ṱalutshedza ya nyambombili / bilingual and explanatory dictionary in comparison with the Xitsonga dictionary above had a complete absence of AIDS- and HIV-related terms, most notably, not even an entry for those abbreviations. Could the AIDS situation be less of a crisis in northeastern South Africa, where Tshivenḓa is spoken?

And now for the books about subjects other than languages:

Clarke’s had a locked room containing rare books. I had a quick look around on my first visit and found this little gem: Early Days in Maseru by Major G. Tylden. It was published in Maseru, then Basutoland, in 1944 and limited to one hundred copies. My copy is #88 and is autographed. A check at the Abebooks website shows three available for sale, ranging in price from $25 to $150 US. I paid R100, roughly $10 Canadian.

On my second visit to Clarke’s I found this in the rare books room: 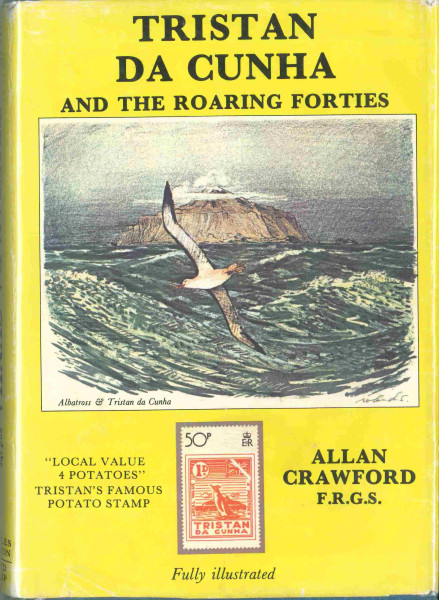 I read Tristan da Cunha and the Roaring Forties by Allan Crawford late last year and a full description of the book is found here. 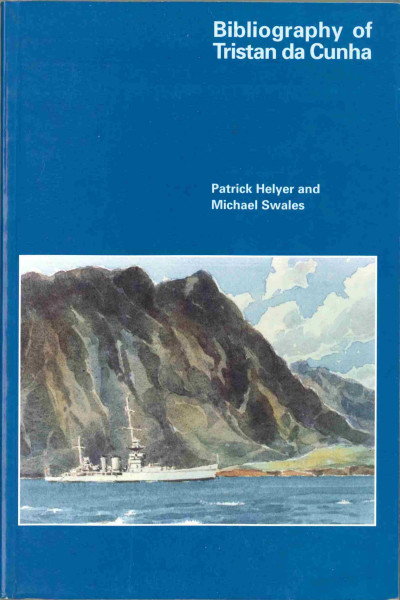 Bibliography of Tristan da Cunha by Patrick Helyer and Michael Swales, a 1998 reference of all sorts of occurrences of Tristan in various media, including films. Aside from the expected historical, zoological and flora documents, this bibliography also included articles pertaining to the dental and medical health of the Tristanians, philately and conservation. Churches of the South Atlantic Islands 1502-1991 by Edward Cannan. There were four parts to this book, dealing with the churches on the following islands or island groups: St. Helena, Ascension, Tristan da Cunha and the Falkland Islands. I was happy to find these three books about Tristan, as I had read about them while researching the island.

And now for some books about South African history, especially its bantustans or black homelands history: Language and Social History: Studies in South African Sociolinguistics, edited by Rajend Mesthrie, from 1995. I saw this book during my first visit but wondered if a later edition was available. When I returned to my hotel I checked it out on-line and saw that this was it. Very interesting topics covered, such as “The sociohistory of clicks in Southern Bantu”, “Women in the history of Afrikaans”, “Mutual lexical borrowings among some languages of southern Africa: Xhosa, Afrikaans and English” and “Slang in South African English”. 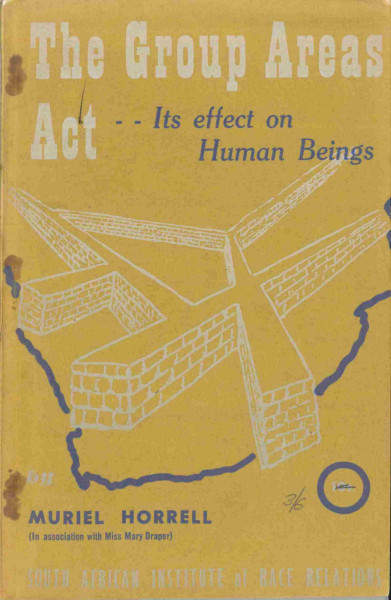 The Group Areas Act–Its Effect on Human Beings by Muriel Horrell, from 1956. More history from the evil era of apartheid. City maps were included with coloured areas showing where the whites, coloureds, Indians and blacks lived, as well as proposed coloured areas and areas under dispute. Get a load of the telling cover imagery! 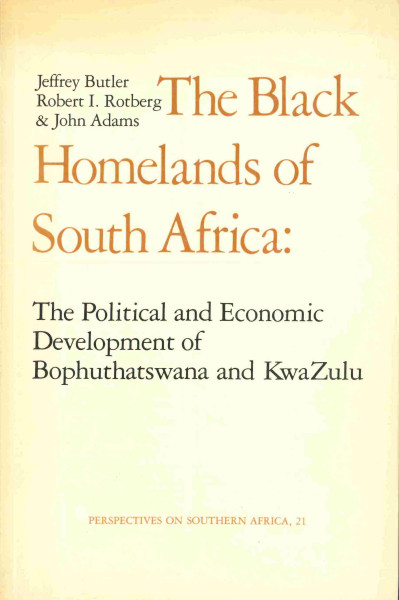 The Black Homelands of South Africa: The Political and Economic Development of Bophuthatswana and KwaZulu by Jeffrey Butler, Robert I. Rotberg and John Adams from 1977. 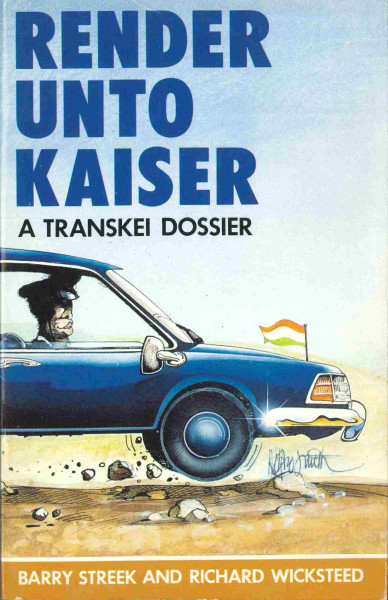 Render Unto Kaiser: A Transkei Dossier by Barry Streek and Richard Wicksteed, a 1981 book about the first bantustan to be given independence, Transkei.

My final South African book report will be about the titles I bought new in retail establishments.