I played in the tenth Canadian National Scrabble Championship this past weekend. I open my house to visiting players and hosted the Vancouver Chrises, Chris Williams (who stayed with me during CNSC IX in 2016) and Chris Tallman. My goals were to finish with a positive win-loss record and if possible up my rating to 1800 again. Out of eighteen games I finished with a 10-8 record yet with a negative spread of -21. My final three games were all major losses and I rapidly descended from a +399 spread to negativ(e)land. My rating increased from 1772 to 1804. I had not been in the eighteen hundreds since January, 2008. A decade ago I told myself that I would not look at my personal player page at Cross-tables.com until I had reattained an 1800 rating. Now I have looked at my player history for the first time in ten years.

I have included my bingo count for each round. My bingos are listed first, separated from my opponents’ by a virgule. My score is listed first.

[1] Not bad for my first bingo of the tournament if I do say so myself. My rack was EHILPP? and I played it through the F of my previous move, the opening play of FAENA.

[2] My opponent was Philip Waldron, whose surname is an anagram of mine.

[3] A fabulous game-opener from Fern. It was the opening play and I didn’t know it, so I challenged it, unsuccessfully.

[4] If Fern had played this bingo without the blanks, it would have been MUSCLED.

[5] If I had played this bingo without a blank, it would have been TREFOILS.

[6] This bingo is well-known to me. My “Scrabble name” is scraigh troland.

[7] This was my play immediately after GESTURE. My draw was the horrid AAINOO? and I bingo-ed through the S in GESTURE. This word is a variant of AnOPIAS, which I played in game four.

[8] My score was enhanced by two bingo-like scores. I managed to play QAT for 65 and HEX for 54. I still only won by seven.

[9] This was my play immediately after SNOTTIER. My draw was the horrid AEILOSU and I needed a C, G or J. Josh gave me one of them with a bingo of his own, GuNNERA. 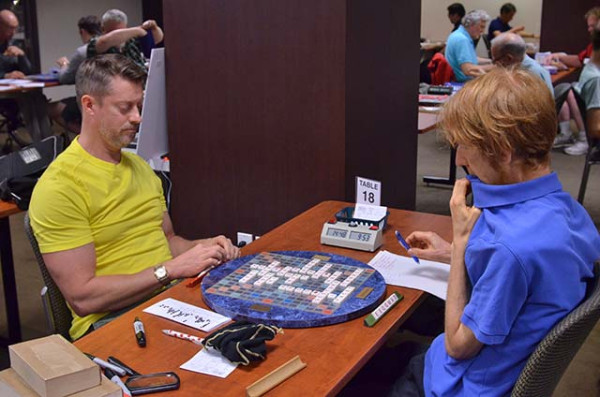 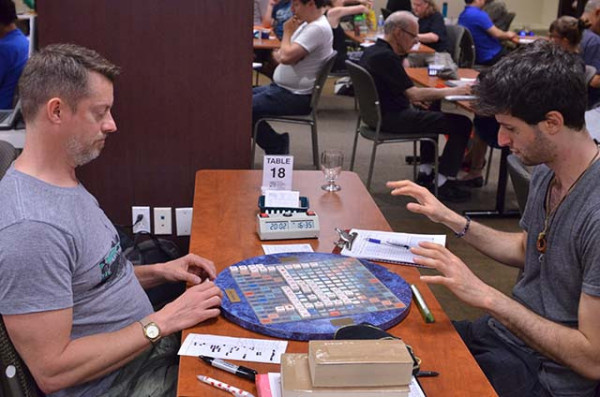