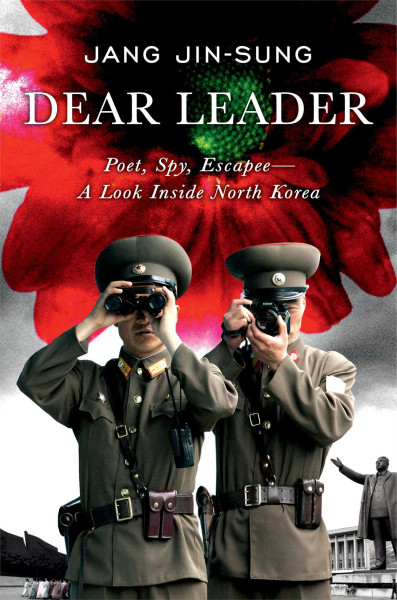 Jang had the job of producing these poetic works not for a North Korean reader base, but as propaganda for the South. His job was to write convincingly as if he were a native South Korean lauding praise for the leaders north of the DMZ. He therefore had to immerse himself through a process called “localization”, where he cloaks his writing in the disguise of a South Korean. Jang was given rare access to South Korean literature in order to indoctrinate himself into a Southern mindset. If any other North Korean citizen was caught reading material printed in the South, it would warrant an immediate death sentence. However in order to do the work in the praise of the Dear Leader, without it coming off as Northern propaganda, he was given privileged access to South Korean literature.

Strict rules governed the use of such materials:

“Whenever a book was loaned to an agent, we had to show our official identification and sign for it. In my contract of admission, there was a clause that made the danger very clear: ‘If you expose southern Chosun [ = the North Korean word for “Korean”] literature outside the department, you will be executed for treason.’
“The contents of this particular book could only make the situation worse. It included a biography of Kim Il-sung and Kim Jong-il written by a South Korean academic who had pieced together their family history, although we were only allowed to know their revolutionary history. It even made mention of the fact that Kim Jong-il had mistresses.”

Jang was able to take books home, but he lent one particular book to a friend, Young-min, who then proceeded to change the course of their lives forever when he left it in his backpack on the Pyongyang subway. The story takes on the tone of a thriller from that point onward. Jang, realizing that the book was traceable to him, devised a plan with his friend to escape the country–illegally of course–in order to save their lives. While the two are planning their escape, hiding from authorities and sleeping rough, my heartbeat increased as the suspense of instant arrest and deportation to a labour camp–or to a firing squad–was always imminent. Dear Leader was a rapid read from page one, a sign of an excellent translation with realistic dialogue between Jang and those he encountered. Lee used modern words including profanity to express the frustration and anguish of being caught in such a precarious situation, where not even the country you escape to wants you.

“Every time we were turned away, we joked haplessly about the Kim dynasty, which had made the world shun us as the scum of the earth.”

The reader is transported with the pair from safe house to church to stable as the two defectors always try to stay ahead of Chinese authorities. If the police caught them, they wouldn’t hesitate to send them back to North Korea where they–and their families–would be sent to a labour camp or worse:

“Looming always in the back of every North Korean’s mind is the principle of guilt by association, whose intention is for the family and associates of the traitor to be destroyed along with the criminal, so that his or her corruption might be rooted out for good.”

Jang revealed that had his friend not lost the verboten book on the subway, he still would have wanted to escape the country. Disillusioned by writing poetry for the state, as a writer stifled by strict rules and suppressed of all creativity, he wanted to write for other reasons:

Jang and Young-min made their way through the countryside to find safe haven through careful word-of-mouth. While on the run, they were always hungry, filthy and freezing. When they knocked on a door and a kind old man gave them a meal of rice, Jang rediscovered his faith in his quest for freedom:

“The old man was spooning out rice. The smell of it, so different from the outside air, flooded my lungs with warmth. At that moment, a feeling of bliss rushed through me that made my chest pound. It was a sublime moment of transcendence, the like of which I had never experienced before. The smell of cooking rice confirmed that the world had not yet abandoned us.”

The story takes twisting turns that lead down paths of hope, disappointment and despair. That the story is told at all is not betrayed by the revelation that Jang eventually makes his way to South Korea. Dear Leader is one of the more credible stories of escape from the Democratic People’s Republic of Korea.