Exploring the Russian border in Simpele

This morning I arrived in Simpele from Joensuu. Simpele, population 1800, lies on the Russian border and I came here to do some exploring. I am renting a fully-furnished apartment for two days, and compared to all the very nice hostels I have been at, this place is like a mansion. I could live here (meaning the apartment even has room to accommodate all of my books). When I corresponded with Sirkku Hiveli, who works for the company I rented from, I explained my reason for coming to this small town. She told me that when I arrived, she would give me a tour of the border region after work. What a generous offer to a stranger! I couldn’t wait to see the restricted border zone between Finland and Russia.

After I got settled and had lunch, I walked to the library. I was glad I did it when I did; I had checked on-line before I left that the library closed at 4 today and I left with enough time to arrive by 3:20. I didn’t pay attention to the weekend schedule until I actually got to the library, only to discover that it was closed on weekends. So the forty minutes I had to look around was all I’d get. It was certainly enough time. The two-room library, formally called the Rautjärven pääkirjasto, is named after Rautjärvi, the county it is in. I toured the entire library and took photos: 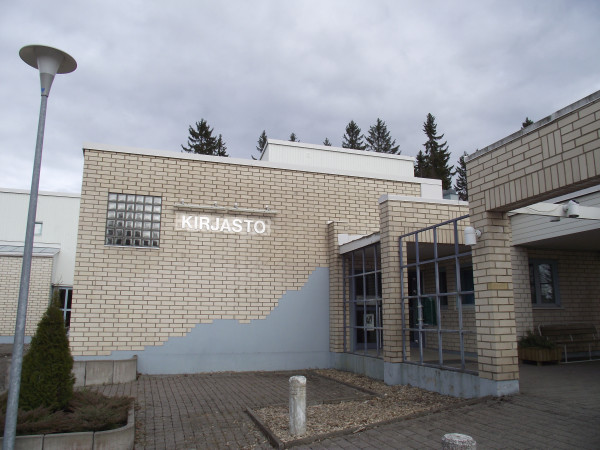 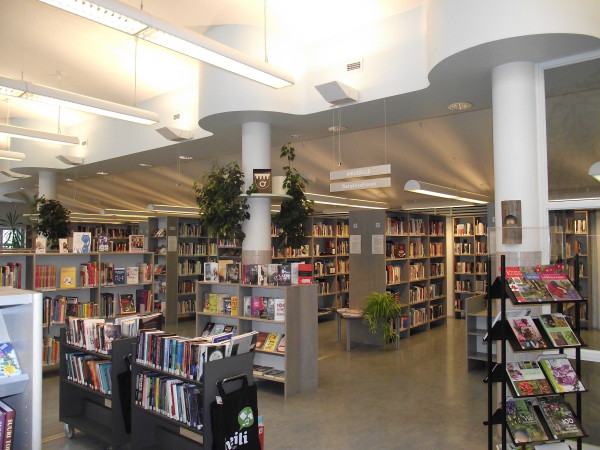 I got three colourful pens plus all the library publicity as usual. After the library I walked to Metsä Board, a huge mill and thus a large local employer: 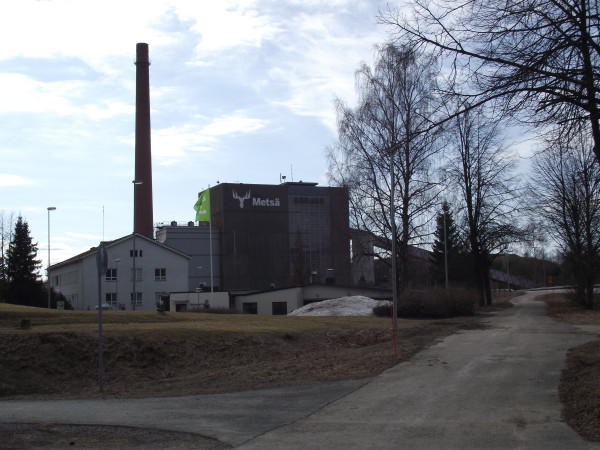 Just minutes before 5 p.m. when I was supposed to wait downstairs at my apartment, Sirkku rang my doorbell and then we were off to explore the border. Her son Kimmo came along as well. They took me to the corner of Änkilänsalontie and Suomaankorventie, an intersection I had remembered from the maps I consulted before leaving home: 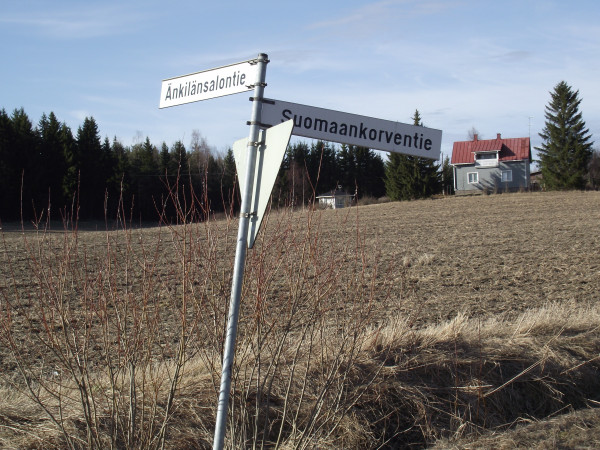 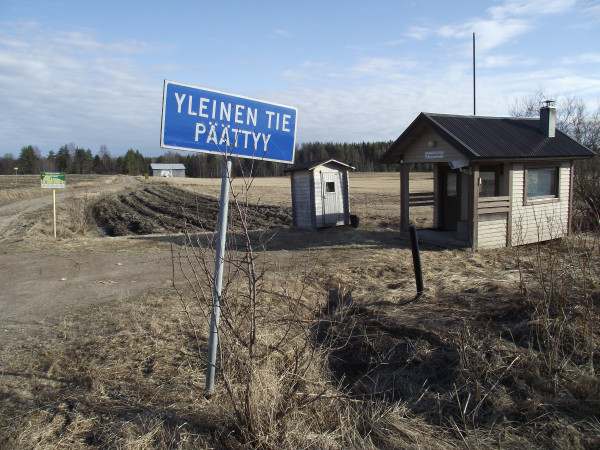 The sign reads “Public road ends”. The little house on the right is the border guard post and the smaller structure to the left of it…an outhouse, perhaps? With its English paragraph warning: 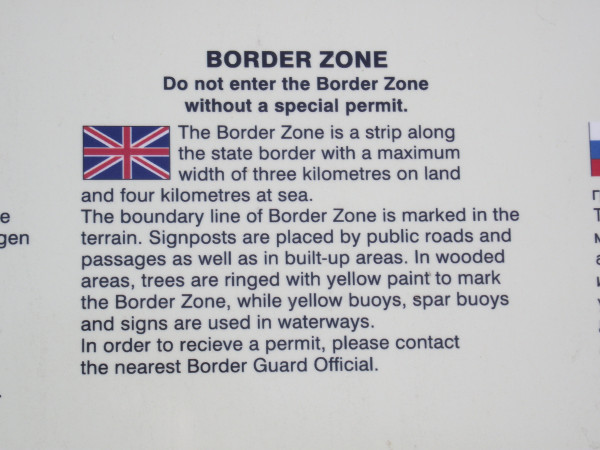 And the point where folks like me are restricted from crossing over: 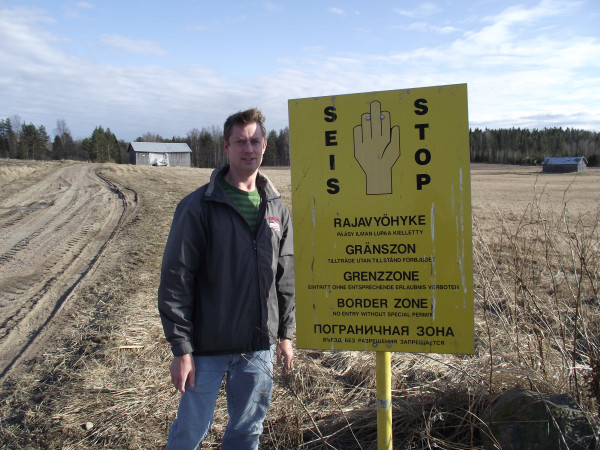 Behind the shack is Russia.

I shared a hostel room in Joensuu (separate bedrooms but shared kitchen and bathroom) with an Austrian professor named Viktor who was giving a lecture at the University of Eastern Finland, which has a large campus in Joensuu. His first impression was that I too was a visiting lecturer. When I told him about my Simpele border trip, he mentioned the Russian watchtower that is in plain sight when the train passes through Joukio. I am sorry to say that I wasn’t even paying attention for Joukio as the train passed the Parikkala stop en route to Simpele. I was also sitting on the wrong side of the train and the window seats on the other side were all occupied so I couldn’t exactly have taken any good photos even if I had seen the watchtower. When I mentioned the Russian watchtower to Sirkku, however, she said that it was no problem to go there. Joukio was only 11 km east. Joukio is at the point where the Finnish-Russian border deviates from its straight diagonal line and indents a little triangular piece into Finland. We stopped on the bridge here and I took photos of the posts in the lake which delineate the border. Once again, the trees are in Russia: Here is the Russian watchtower disguised by the trees: 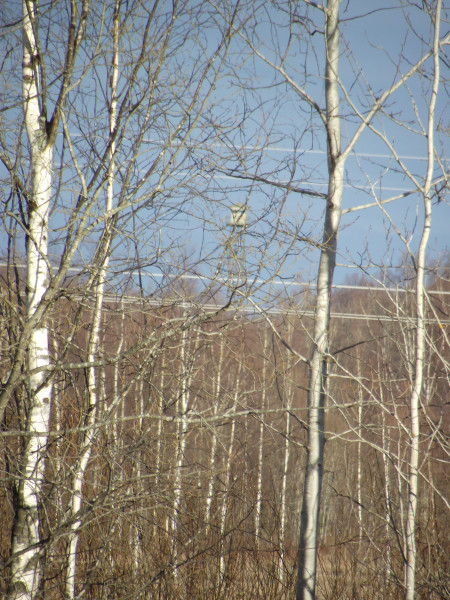 Tomorrow I embark on my own border trek. I will not be able to walk past the yellow painted areas but I will see the border zones from different places.