Fernweh has been edited 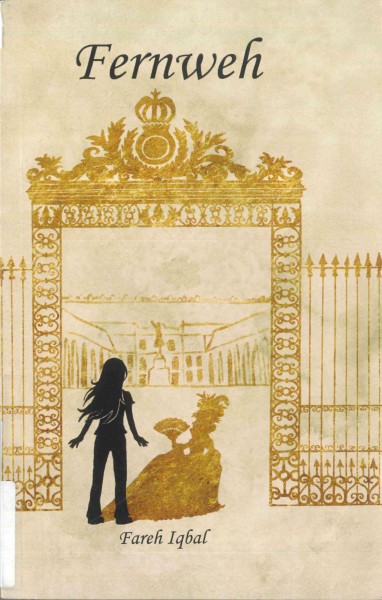 I posted my review of Fernweh on 29 August 2016, and Iqbal had it edited (partially) and reprinted on 25 September. Unlike past reviews where my annotations are notorious for their nitpicking accuracy, in my original review I neglected to cite the page numbers for the notes I made in Fernweh. While I could find the corrected passages rather easily nonetheless, I did not feel like plowing through the entire novel to search for all the italicized inconsistencies. I have now listed the page numbers for those examples where no citation was given in the original review.

Fareh Iqbal, thank-you for fixing your second book. Authors who take the advice of editors are always to be commended. I maintain that all my original reviews for Iqbal’s four novels will be pulled from all fora and new reviews which reflect their current edited states will be uploaded once I am sure what the current edited state is. I notice that her first three novels are (being) reprinted with new cover art. Will these new editions also show a thorough edit as well? Iqbal left in some errors even while fixing others. I promise that I will purge every one of my original reviews and upload new ones once I know what final printed editions Iqbal chooses to release.

I hereby repeat my original review of Fernweh, and I will show the corrections Iqbal made in red. Errors which were left in (and in one case an error was, sadly, created) remain in black.

While my review merits the book three stars out of five, I would have awarded it four if the book had been passed under the eyes of an editor. I am sorry to report that Fernweh was polluted with careless errors which would have been easily spotted by a second pair of eyes. My reviews are always written without prejudice; no one escapes my eagle-eye editorial scrutiny. I review everything I read and must point out how distracting it was to encounter error upon error. Iqbal’s biggest fault is her lack of punctuation. Far too many sentences were run-ons, and I am experiencing a case of déjà vu since I recall that I wrote exactly the same thing about The Bookkeeper’s Daughter. The flow of the read was ruined when a sentence must be stopped and started over in order to comprehend it. Unfortunately Iqbal’s lack of punctuation forced me to stop and parse her sentences myself. A typical example of a sentence lacking proper punctuation is:

“It’s a weird age group your late twenties, Jordan reflected dipping her baby carrots in the little container of hummus and taking a contemplative bite, you aren’t in the bloom of youth nor are you an old maiden but that space somewhere in between where you’re almost who you want to be but still have the time to make a few detours.”

Make this two sentences or punctuate it properly as one.

Iqbal frequently spelled compounds as two words and these inconsistencies were striking because they were incorrect. I passed over plenty of them when they occurred only once, but noted only those which Iqbal subsequently spelled correctly, sometimes only a few lines later. She also alternated between variant spellings. It was easy to flip back a page to find the same word spelled differently. Such examples include: candle lit and candlelit; curtsy and curtsey; side walk and sidewalk; eye brow and eyebrow; table cloth and tablecloth; eying and eyeing; Mont Martre and Montmartre.

–Since I had not included any pagination for the run-on sentences or the inconsistencies in spelling, I did not go through the text to confirm if any corrections had been made.

A gentleman named Philippe is introduced and then three lines later his name is Philip.

–The gentleman is named Philippe in both instances (p. 172).

We see the word bookstall near the end of page 81 and a mere two lines later it is spelled as book stalls.

–now spelled as two words in both instances.

Page 184 was the guiltiest page, containing no less than three separate errors:

“To Jordan’s delight, William reddened slightly and cleared his his throat.”

“The music of her laughter, made William somewhat appreciate the absurdity of the situation.”

–now written without the comma

I cannot excuse the incorrect French that is spoken–not by Jordan–but by the Parisians she meets. The French characters seem less believable if they aren’t even speaking their own language correctly. I spotted several errors, such as the question “Comprendez?” when it should be “Comprenez?”

and the line (complete with an erroneous comma) “Bonjour Madames et, Monsieurs…” when it should be “Bonjour Mesdames et Messieurs…”.

The characters eat a lot of macaroons for which I am sure Iqbal meant macarons.

But still, no editor of English would have missed:

“She caught a glimpse of a tattoo snaking it’s way around his waist.”

“Ripping a piece of paper from the hotel’s stationary pad…” (p. 74)

“It was an emotional damn that burst through…”

It is a mystery how Sacré-Cœur morphed into Sacre-Couer (p. 266). Either I missed it the first time around or this was an erroneous inclusion. In my assessment of Iqbal’s edits I have in fact noticed some changes to the text of Fernweh, especially in typeface and layout.

Commentaries on Iqbal’s third and fourth novels will follow.