I told myself that this short trip to Finland–at eleven days, the shortest time I had spent in this country among my nine times here–would not be a shopping trip. I packed light and did not, like last year, pack a collapsible wheeled suitcase to accommodate my purchases. In 2016 I hadn’t been in Finland for six years, so there was a lot I wanted to buy. I had mental lists of things I wanted to get. I had been calling this trip a “jet-setter’s vacation”, since I was making a quick hop across the ocean for the primary reason of seeing my favourite Finnish band in concert. I was not going to Finland to go shopping. Seeing as I had only been to the country fifteen months ago, I didn’t see myself even coming close to filling up my half-empty suitcase.

That is, until I found some dream books in all those yummy second-hand bookstores. Finland is famous for them, and I can–and did–spend hours in some of them, and returned for second visits when I had to get myself out of there to be on time for lunch or dinner dates with friends.

Even before I got to Finland, I picked up the two Icelandic-English and English-Icelandic dictionaries at the Eymundsson store at Keflavík airport as planned. So I’m not even in Finland yet and my suitcase is suddenly a lot heavier.

Since I have been raving so much about Finnish author Väinö Linna’s The Unknown Soldier, which I finished reading just before I left on this trip, it is fitting that I should start this report about all the Linna books I bought. Sotaromaani translates simply to War Novel and is Linna’s original version and working title for Tuntematon sotilas (The Unknown Soldier in its Finnish title) before the editors got to it. This version came out in 2000. 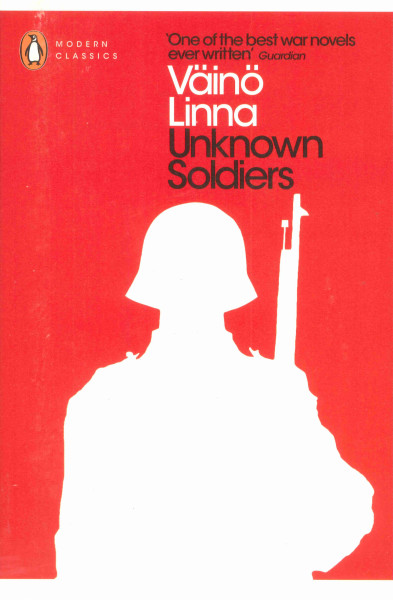 Unknown Soldiers, a new translation from 2015 that is allegedly more faithful to the original Finnish. I had read the 1957 translation. I have already embarked on a new book that ties in to my next vacation, a return to the island of Tristan da Cunha. I am hoping to read this new translation before I leave for Tristan in early September. I see the three volumes of the Under the North Star series by Väinö Linna on every visit yet always pass them by because they are so expensive. However, on-line searches at all of my favourite bookseller sites did not offer cheaper prices for new copies, and I certainly looked throughout the Finnish second-hand stores for them. After reading Linna’s The Unknown Soldier, and after receiving a personal recommendation that I simply must read all three volumes, I knew that I could not pass up this series on this visit. Irony of ironies is that these books were published in Ontario and the book series editor is none other than University of Toronto Finnish Studies professor Börje Vähämäki. I attended his wife Varpu Lindström’s memorial service five years ago. I should have been able to find these books for sale at a fraction of the cost in my own province, but I can’t. As works of Linna, I can’t wait to read them. They will have to wait until Mark and I get back from Australia and New Zealand, however. Yet before I go to Australia and New Zealand, I have a return visit to Tristan da Cunha. Can you imagine the look on my face when I found this? A woman and I were looking in the same subject area, and when she saw me peruse this–a Finnish book–she asked me, in English [1], if I was planning a visit to the island. I gave her a smile and replied that I was going back, later this year. We had a long talk about my visit to the island. Tristan da Cunha by Arne Falk-Rønne is a Finnish translation (1964) from its original Danish (1963). It has been translated into English (1967) as Back to Tristan. This is an account of the island’s resettlement after the 1961 volcano eruption. It was filled with bright colour photos. !!! Another Tristan book! This is a short novel by Jukka Pakkanen about a young dreamer. Since we’re on the topic of islands, I was struck by a wallop of déjà vu when I found SOS Tuvalu by Pirkko Lindberg. I saw this novel (it was originally written in Swedish) at the library in Simpele last year. I could not put it down. It was written like a travel diary, and also had chapters on Kiribati and Nauru. I contacted the publisher to try to order it but it is out of print. Thus one of my hunts on this trip was to find a copy. I had the wallop of déjà vu in that I found this book at the same Helsinki second-hand store on Korkeavuorenkatu as I found Saamelaiset suomalaiset–kohtaamisia 1896-1953 and under the exact same circumstances. I had chosen two books to buy and had approached the cashier when I saw it: it, like the Saamelaiset book, was the last book I looked at before I made my purchases. I had to set aside my books suddenly and pull this book out to take a look at it. All the while I was swearing silently to myself along the lines of “Holy F***, I can’t believe it”, not because of the book I had found, but because of the circumstances in which I had found it. 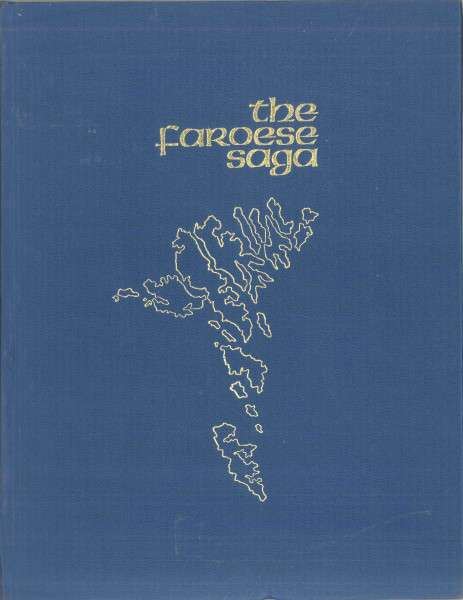 The final islands book I bought was The Faroese Saga by G. V. C. Young and Cynthia R. Clewer. I found it at the same store as Tristan da Cunha but on a later visit. I should name this bookstore: C. Hagelstam. It is one of the more upscale second-hand stores yet not because it is pricy. The place is clean, well-organized and dust-free. As I get older I have developed a nausea around extremely dusty environments. This sounds hypochondriacal, but put me in an extremely dusty second-hand bookstore for half an hour and my stomach will churn, making me want to run straight to the bathroom. I wonder if there is any physiological reason for this. I spent too much time in dusty bookstores in Helsinki and Turku to leave me with weakened intestinal fortitude. This disappears, not immediately, when I leave these places. I found The Faroese Saga after I climbed a ladder to see the books on the Nordic regions and on Finno-Ugric languages, which were all located on an internal second storey. Another book I had to climb a ladder to get was Kakskümmend Soome-Ugri Uurimisreisi / Twenty Expeditions to the Finno-Ugrians by Kaljo Põllu, a diglot in Estonian and English. This book has chapters on all the Finno-Ugric peoples, such as the Finns and Estonians for sure, but also the minorities Khanty, Udmurts, Livonian, Veps, Komi, Mari, Nenets and many more. Another Finno-Ugric people are the Sami, or Lapps. The Lapp King’s Daughter: A Family’s Journey Through Finland’s Wars by Stina Katchadourian was originally written in English and Swedish. Katchadourian grew up during World War II when Finland was waging war with the Soviet Union. This is her memoir of her family’s struggle to stay together during this time, when her father was fighting at the front and her mother kept moving the family around to safe havens. The language nerd in me tweaked at this one. New Finnish Grammar by Diego Marani is not a grammar book at all. I was disappointed, as I thought I was about to learn something. This is a novel originally written in Italian. The blurb on the back of the book sold me: “A wounded sailor is found on a Trieste quay–amnesiac, unable to speak and with nothing to identify him except a name tag pointing to Finnish origins. A passing doctor resolves to teach him Finnish to restore his memory and rebuild his identity.” I put up with the dust in a filthy Turku bookstore long enough to come out with this: Suomalaisten vinyyli- ja CD-levyjen hintaopas (2012 edition) by Timo Rauhaniemi and Mika Tamminen. This bookstore was like being in a hoarder house. You had to walk with one foot in front of the other to get down the aisles. I see this book at all the second-hand music stores as the staff are always consulting it. It contains LP and CD prices for all releases by Finnish artists, even import copies. It also serves as a detailed discography.

[1] The woman in the bookstore was a Finn. I experience this phenomenon often, where I am in a Finnish store or other establishment and without uttering a single word of English or giving away clues that I am an English speaker (for example, by being seen picking up English books) people will approach me at first in English. I am not mentioning however the plentiful times where people address me at first in Finnish. I like when that happens. Yet why do people assume that I am not conversant in Finnish? I know–and my Finnish friends have told me as such, with no offence taken–that I do not “look” like a Finn. I am of partial Polish heritage, and Mississauga has a large Polish population. I have been at work and library patrons have even addressed me in Polish–without even knowing that I do not speak the language. They have told me that I “look” like a Pole because I have a “Polish nose”. (Although I feel that I have my father’s nose, and his side of the family is not Polish.)