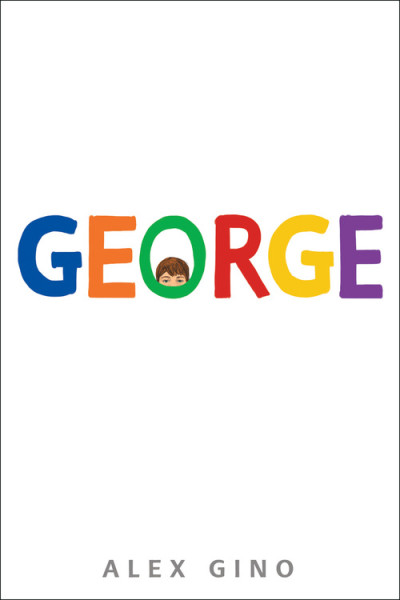 I read George by Alex Gino after I learned about it via a library patron’s request. It is about a boy in grade four named George, who believes that he should have been born a girl. I am skeptical of the merits of books such as this, which, even though it is classified as junior fiction, is clear from the text that the author is not writing for ten-year-old transsexuals. Authors project their mature and developed feelings about controversial topics such as transsexualism onto their characters who represent their target audience. Little George, who is always referred to with feminine pronouns–except here–reads glossy fashion magazines intended for teen girls and dreams of being like them. He wants to wear makeup and dresses. When he bathes, he is abhorred by the sight of the growth between his legs. All of this is Gino’s fantasy talk. No ten-year-old thinks like this. No ten-year-old is confused by his or her gender identity because gender dysphoria does not exist in children.

Gino is projecting his own adult feelings of being a genderqueer into the personality of a ten-year-old and I do not buy it. I was distressed to read:

“A boy could become a girl. She [George] had since read on the Internet that you could take girl hormones that would change your body, and you could get a bunch of different surgeries if you wanted them and had the money. This was called transitioning. You could even start before you were eighteen with pills called androgen blockers that stopped the boy hormones already inside you from turning your body into a man’s.”

When George confesses to his best friend Kelly, she is all enthusiastic and says:

“‘So you’re, like, transgender or something?’ Kelly whispered as best she could in her excitement. ‘I was reading on the Internet, and there are lots of people like you. Did you know you can take hormones so that your body, you know, doesn’t go all manlike?'”

A ten-year-old would have no idea what those paragraphs even meant. It is wholly inappropriate for a juvenile audience. At the age of ten, children who exhibit behaviours traditionally associated with members of the opposite sex should be encouraged to continue being who they are. Thus little boys who dream of putting on lipstick should be allowed to dream, and to put it on if they wished. George dreams of going to the beach and hanging out with his girlfriends and wearing a girl’s bathing suit. So let him dress up. It his irresponsible of authors like Gino to promote the idea of transsexualism, which for a child would be a frightening concept.

When George’s older brother Scott finds out that George wants to be a girl, he asks:

“‘So, like, do you want to’ –he made a gesture with two fingers like a pair of scissors– ‘go all the way?’
George squeezed her legs together. ‘Maybe someday,’ she said.”

Once again, a topic far beyond the scope of juvenile fiction. Penile amputation and castration for ten-year-olds. Unbelievable. No boy of ten who “acts like a girl” is going to welcome the idea of getting his sex organs chopped off. What a way to deepen the childhood trauma of what his future might hold, especially since many MTF transsexuals don’t even go through with genital reassignment surgery. Again, Gino is projecting his own current state of mind (and judging from his website photos, this homunculus of an author looks over fifty, so he has had decades to develop these ideas) onto a child. It is not a stretch of the imagination to wonder if George is the boy Gino wished he was when he grew up. Having some positive role model to show that sissyboys are normal could have served me well when I was that age. Yet children like George do not exist, not in the mid-sixties and not now. George is a fifty-year-old trapped in a ten-year-old’s body, and I cannot see how a girlish boy of ten could possibly identify with him. The entire exercise of reading George sent my eyes rolling heavenward, especially with statements such as this:

George should be running for office or enrolling in medical school if he is this sophisticated. George may have started out as a noble idea to help troubled sissyboys and tomboys, but it has no target audience, since transgenderism does not occur in children.

George belongs in the unfortunate category of over-the-top gloomy spooky juvenile literature which will only push their young readers further into the closet or the psychiatric ward. Transferring a mature adult mindset onto a child does not help the juvenile reader. George immediately reminded me of the horrific descriptions of Nazi persecution against gay men in the children’s history book Branded by the Pink Triangle, however a more apt comparison would be to Don’t Make Me Go Back, Mommy.