History of Iceland: From the Settlement to the Present Day 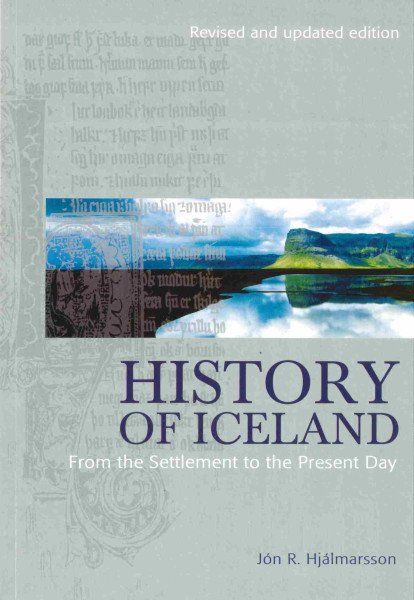 In two months Mark and I will be off to Iceland for a sixteen-day holiday. We spent only one day in Reykjavík in the summer of 2013 during a ten-hour stopover en route to Amsterdam. This time we are renting a car and will be travelling around the entire island (and even venturing off the island to two smaller islands). I picked up History of Iceland: From the Settlement to the Present Day by Jón R. Hjálmarsson, a revised and updated edition from 2007 (yet a 2012 reprint) at the Eymundsson bookstore at the Keflavík airport during our brief stopover after our trip to Europe. I wanted to read all my Icelandic books before this vacation.

History of Iceland started its timeline only when the island was first settled by the Norse in the year 874. Thus there was no information about the island’s volcanic birth or any of its prehistory. The island was settled by Irish monks at least a century before the Norse but their settlements were not permanent. Jón populated his book with photographs throughout, so it made the read more interesting, except when he was running through a long list of Iceland’s political history. There was only one fault with this book, and that was the unforgivably lengthy and intolerably boring run-downs of Iceland’s assembly line of prime ministers, political parties and coalitions. I could normally speed through the text but when confronted with the political chapters I could barely get through ten pages in an hour.

Of course this book was filled with a whole lot of information about Iceland I did not know, and the island paid the price for being located in the mid-Atlantic. A perfect location for a resting ground, “pirates and other marauders of various nationalities would come to its shores to murder, rob and commit other atrocities.” In 1627 the country was attacked by Algerian pirates who took several hundred people from Vestmannaeyjar (or the Westman Islands) and sold them into slavery in North Africa. There is Icelandic blood running through the veins of some Algerians.

As a Canadian I know that Canada is the home to the largest Icelandic community outside of Iceland, where the largest concentration is found in the town of Gimli, Manitoba. From 1870 to 1914 the settlers came in search of a better life:

“The farming weather was bad for years in succession, and in addition to the cold there was a terrible volcanic eruption in the Dyngjufjöll mountains in 1875 and a wave of devastating earthquakes in 1896. Then there was the prolonged political struggle with the Danish authorities which often seemed to produce little in the way of results.”

Much space was given to the Cod Wars, the lengthy fishing dispute between Iceland and the UK. The final part of the book was devoted to the admirable record Iceland has in awarding full rights to its citizens: women, housewives, and the disabled. Iceland is one of the happiest, as well as one of the most socially progressive nations on the planet. In two months, I will be there again.