Is My Husband Gay, Straight or Bi? A Guide for Women Concerned about Their Men 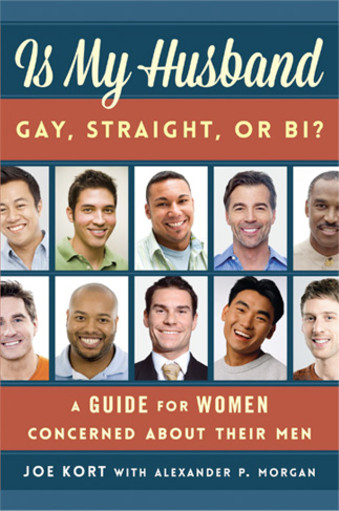 Is My Husband Gay, Straight or Bi? A Guide for Women Concerned about Their Men by Joe Kort with Alexander P. Morgan was a frustrating read by a psychotherapist (Kort) whose primary motive is to excuse closeted gay husbands who cheat on their wives. In an age where everyone has to blame others for his psychological or physical state (be it bogus diagnoses like ADD, ADHD or restless legs syndrome), Kort and Morgan fall over themselves in trying to find excuses that absolve married men from any fault or deception in their heterosexual marriages.

Men who question their sexual identity or their sexual orientation and who marry women do not deserve sympathy when the marriage ends in disaster. Men who use a heterosexual marriage as a social experiment in trying to straighten themselves out, so to speak, are no more advanced or aware of themselves than children. They are cowards, pulling down everyone around them when the inevitable truth comes out. Their wives deserve all of our attention and support when they fleece their philandering closet-case husbands through divorce court.

The authors provide numerous excuses for husbands who cheat with men, all of which, and I do mean all, are pop-psych ways of trying to get around the clear and simple fact that these men are all closet cases. I do not need to know the differences between “heteroflexible” and “mostly heterosexual” to explain their behaviours. What I see in men who are classified this way are latent queers who cannot accept who they are, and that they only married women in the hope that their new wives might change them. Yet again, the transfer of blame. One doesn’t have to face up to one’s homosexuality when it is now the wife’s responsibility to convert her new husband’s latent orientation. Does the new Mrs. know this is her job?

Kort and Morgan expect wives (who are the intended readers of this book) to be sympathetic and encourage them to remain married. Rarely did any couple in the scenario stories end up getting a divorce. Even the tame verb used in the book’s subtitle, “A Guide for Women Concerned about Their Men” shows a flippant assessment of the severity of the situation. Wives who discover that their husbands have been cheating via Craigslist hookups with anonymous men shouldn’t be expected to be furious with their husbands. No, this book is for their concerns.

Therapy sessions helped both the husbands and the wives, yet while counselling can help free the husband from the closet, the wife is always left picking up the pieces. Far too many scenario stories ended up with a happy ending, where the husband and wife stay married. The authors devoted a chapter to “written sexual boundary agreements”, which is just fancy talk for allowing the guy to have a bit of dick on the side. What woman who is merely concerned about her man is going to stay married to a jerk like that? What do Kort and Morgan expect of their reader base?

Women, dump those adult children you married and find a man who doesn’t expect you to do everything for him–like changing his closeted gay orientation, for starters.