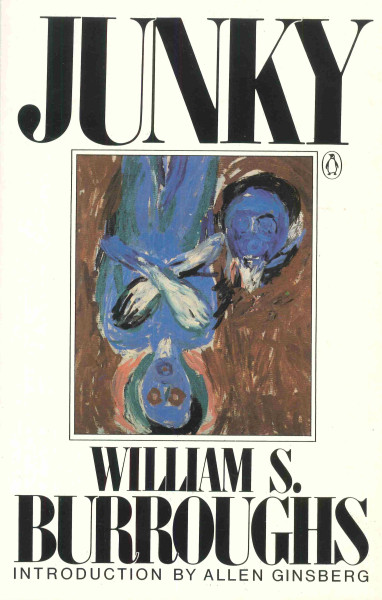 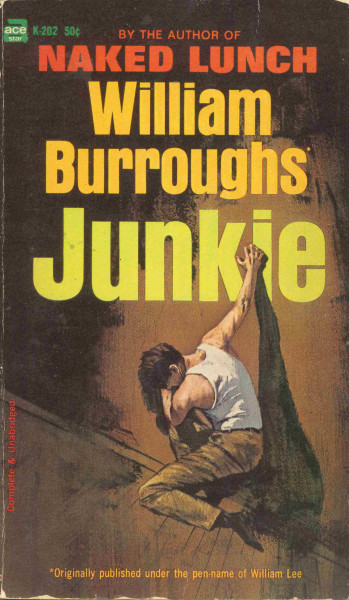 Junky is a novel yet also serves as an autobiographical account of William S. Burroughs and his addiction to morphine. First published as Junkie under the pen name of William Lee in 1953, I read from two editions, each of which differed slightly. The edition that I read from cover-to-cover, Junky, had an introduction by Allen Ginsberg from 1976 and was published in 1987. I found this book easier to read than other Burroughs novels. I have read and reviewed three of his novels (Queer, The Western Lands and Interzone) however my introduction to the Burroughs oeuvre predates my blog. Burroughs shot up and described the physiological thrill of the drugs coursing through his veins. He became a junk pusher and robbed in order to support his addiction. He tried heroin, cocaine, peyote and marijuana as well, vividly illustrating the various preparation methods and how to inject, eat or inhale each substance. Junky was an unapologetic novel, telling the bare-bones truth by an actual addict. No wonder no other publisher would touch it in 1953.

From the beginning of Junky, Burroughs writes evocative similes and comparisons. He tries to describe the way drugs take over his body and the terror he feels when he goes without his fix. The Burroughs reader recognizes similar sinister themes in his comparisons, such as insects and blackness. I liked his specificity in the comparison below:

“Among the new arrivals was a dignified, white-haired man of seventy named Bob Riordan, an old-time con man, junk pusher, and pickpocket. He looked the way bankers looked around 1910.”

Burroughs could set a scene that often left me wanting to reread it. He certainly was a master of describing the world around him. I could feel the filth of his apartment and the lethargy of going clean, as well as his desperation in boiling trace elements out of cotton balls in his insatiable drive for another fix. I especially liked the following passage, when he went to an apartment for a drug pickup:

“One day, the red-haired Lizzie opened the door and stood there, her face dead white and puffy with nembutal sleep. She shoved the package of weed at me. ‘Take this and get out,’ she said. ‘You’re both mother fuckers.’ She was half asleep. Her voice was matter-of-fact as if referring to actual incest.”

The reader accompanies Burroughs throughout the boroughs of New York in his search for the next fix. He meets addicts and dealers in bars and on the street. In the beginning Burroughs often got his morphine from unscrupulous doctors who had no compunctions about writing bogus prescriptions (some doctors in fact felt they were serving the common good in providing them) yet once the gig was up and no doctor would fill out an “M.S. script” for him anymore Burroughs had to be on the move. We follow him to New Orleans and then to Mexico City. Along the way he attempts to sober up, sometimes in certified institutions, but his sobriety is short-lived. He jumped bail by heading to Mexico, which by the way is the location of his second novel, Queer. I would recommend reading these two in order as the story does continue.

The Ginsberg introduction referred to Carl Solomon, whose uncle worked for the novel’s original publisher, Ace Books. Solomon himself wrote the foreword to my earlier edition from 1964. Ginsberg wrote about the foreword in his own introduction:

“But the fear and terror that Solomon refers to was so real that it had been internalized in the schlupp publishing industry, and so, before the book could be printed, all sorts of disclaimers had to be interleaved with the text–lest the publisher be implicated criminally with the author, lest the public be misled by arbitrary opinions of the author which were at variance with ‘recognized medical authority’…And I repeat, crucial medico-political statements of fact or opinion by Wm. Lee were on the spot (in parentheses) disclaimed (by Ed.).”

After I finished Junky, I read the original publisher’s note and foreword by Solomon in my edition entitled Junkie (by William Burroughs, without the middle initial S.). I encountered the publisher’s attempt to babysit the reader. It only served, however, to make the reader desperately want to find out what all the fuss was about:

“For the protection of the reader, we have inserted occasional parenthetical notes to indicate where the author clearly departs from accepted medical fact or makes other unsubstantiated statements in an effort to justify his actions.”

I perused the book in search of the parenthetical editorial notes. I found seven or eight of them, such as:

No such notes were included in the later edition which I read first, so I am glad I had the opportunity to read both.