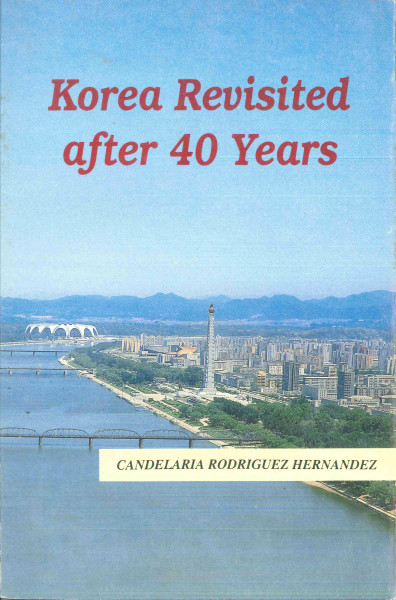 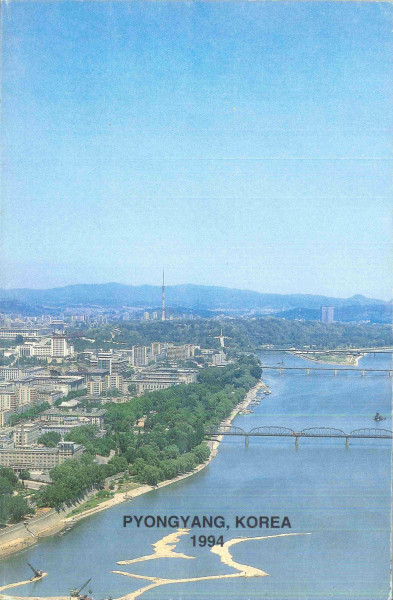 I bought dozens of books while in North Korea. My fellow travellers asked me if I planned to read them all. I certainly intend to, yet readers of my book reviews know that sometimes I don’t get around to reading a book for twenty years.I have put a small dent into my DPRK book pile by finishing Korea Revisited after 40 Years by Candelaria Rodriguez Hernandez. The author had visited North Korea three times: in 1951, during the Korean War; in 1963, during a time of postwar reconstruction, and in 1993, upon special invitation by the Great Leader Kim Il Sung.

Rodriguez Hernandez is a Cuban revolutionary who is a retired lawyer. She makes it clear in a note to the reader at the beginning of the book that she is “neither a writer nor a journalist”, and that “In this book I have conscientiously striven to avoid using florid language and empty rhetoric.” Upon reading this line, before going further ahead, I knew that that kind of language was exactly what I would encounter. It didn’t take long for the florid language to spring forth, no sooner than page 2:

“I felt the friendly atmosphere inculcated by President Kim Il Sung, justly considered by his people as heaven and implanted in the heart of every Korean.”

The Great Leader Kim Il Sung and the Dear Leader Kim Jong Il are attributed with superpowers which are responsible for creating talented child prodigies. After the author learns about the international victories of North Korean children in academic and sports competitions, she writes:

“Yes, in Korea talent is in bloom because the painstaking and affectionate attention of the supreme leaders of Korea is like the sun which warms the earth and grows dense woods.”

Rodriguez Hernandez goes over the top in describing her feelings after having won the [North Korean] Order of Friendship First Class:

“This surpasses the love of my parents, brothers and sisters.”

Facts tend to get smudged for the sake of propaganda, and the anti-US rhetoric is predictable:

“In the United States, which pretends to be the richest and most civilized country, there are 30 million illiterate people, including young people in their twenties: one in three inhabitants cannot read advertisements on newspapers, nor count money. It is fair to say that the United States is the ‘kingdom of illiteracy’.”

Rodriguez Hernandez seems to write about the Great Leader in the same way a teenage fan would write about Justin Bieber. She tends to succumb to her emotions every time she witnesses an extension of the Great Leader’s benevolence or self-sacrifice. Happy Korean children working for their fatherland send her into emotional cataclysms. As a proud Cuban with infinite devotion expressed for Fidel, she regains her composure by finding solidarity with her socialist siblings. Korea Revisited after 40 Years reads like a puff piece–hardly a surprise–yet it is not of much substance. I would have liked the author to offer more comparisons of the Korea she saw in the time of war, to the country during the time of reconstruction, to the Korea of the present day (1993). It is fitting that she would concentrate on the prosperous Korea of today, centring her attention on all the fatherland’s victories and international adulation, versus spending any ink on the Korea of decades ago, collapsed and in ruin.

From a historical perspective, Korea Revisited after 40 Years is poignant because it was published in 1994, the final year of the Great Leader Kim Il Sung’s life. Rodriguez Hernandez posed for a photo with Kim and it was included in the book. The author also gives her reasons for the downfall of international communism, and why the Cuban and Korean systems have thrived. She does a lot of 20/20 rose-coloured finger-pointing explaining why the Soviet Union failed, however her explanations raise more questions than answers.