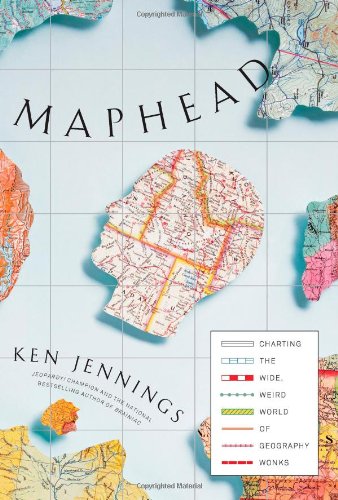 I have always been a maphead. Every Saturday morning when I was little I would head up the street to the Mississauga Central Library, and spend my time upstairs in the adults’ department. I felt like a child genius being allowed onto the second floor. I’d sit with the enormous National Geographic Atlas of the World for hours, poring over all the nations of the world, fascinated by the micronations in particular. I’d look at the pages of islands and of the Pacific Ocean, which looked as if it was scattered with atolls of fingernail clippings. When people ask me how I came to know about the island of Tristan da Cunha, I tell them that I’d known about the island ever since boyhood, by staring at the Tristan archipelago in the National Geographic atlas. Thus when I came upon Maphead: Charting the Wide, Weird World of Geography Wonks by Ken Jennings I felt an eerie suspension of my own consciousness: had Jennings invaded my brain and written this book by reading my own mind? He writes:

“Back then, I could literally look at maps for hours. I was a fast and voracious reader, and keenly aware that a page of hot Roald Dahl or Encyclopedia Brown action would last me only thirty seconds or so. But each page of an atlas was an almost inexhaustible trove of names and shapes and places, and I relished that sense of depth, of comprehensiveness. Travelers will return to a favorite place many times and order the same dish at the same café and watch the sun set from the same vantage point. I could do the same thing as a frequent armchair traveler, enjoying the familiarity of sights I had noticed before while always being surprised by new details.”

Jennings kept an atlas at his bedside as a boy, and I asked for an atlas for Christmas when I was eleven. I never let that book out of my sight, and even took it with me on trips. Although much of the political world has changed since 1977, the Webster’s Color Atlas of the World (Octopus edition) was my very first atlas, and I still have it. That atlas in particular developed in me a heightened sense of spatial perception. I have been aware for decades of this either uncanny or totally worthless ability to see shapes in puddles, in oil stains, in clouds, in spots on cows (yes, really). These are not just any shapes, but specifically shapes of maps. Whether the map is an exact outline of how it looks on a political map, or a reverse image, or a reverse inverted image, wherever I look I can see the Australian Capital Territory or the Caprivi Strip. When I first started to perspire under my arms I noticed that one sweat stain looked remarkably like Lesotho. Jennings assured me that not only was I not alone in seeing maps in my general sense of perception, but that there was even a name for it:

So I have cartacacoethes. But did Jennings provide a pronunciation guide? No. So I’m not telling anyone what my highfalutin “affliction” is just yet.

The best chapter in Maphead was about borders. Jennings and I could likely trade stories about taking road trips and getting excited as our car or bus crossed a land frontier:

“Borders have fascinated me since childhood: I remember staying very alert on family vacations so I could register the exact moment our 1979 Mercury Zephyr crossed the line between, say, Washington and Oregon. To this day, I like to see borders when I travel; many give up secrets in person that you can’t see on the map.”

To celebrate Jennings’s and my passion for those magical red lines we trace on political maps, I have included five photos from some of my border treks: 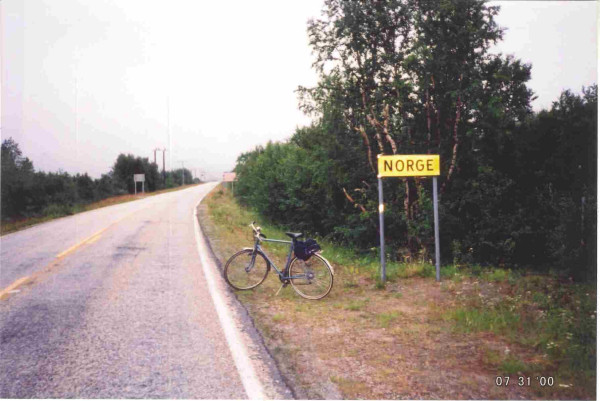 The Finland-Norway frontier at Nuorgam-Polmak, the northernmost land border crossing in the world. 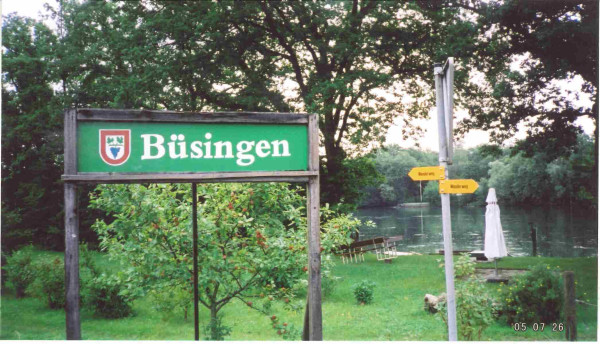 The German town of Büsingen is completely surrounded by Switzerland. The Rhine is in the background and Switzerland is on the south side of the river. 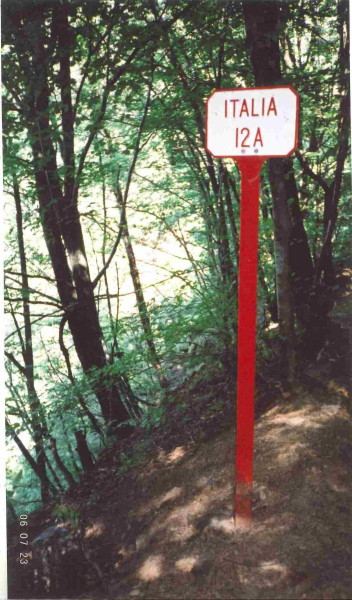 The extremely steep border between Switzerland and Italy at the enclave Campione d’Italia, which like Büsingen is completely surrounded by Switzerland. I nearly died exploring this border–guess how. In another cliffy area, I was on my back slipping down. There were no tree trunks to break my slide. Had I slid off, I would have been flying off the cliff edge, to land on treetops below. Which country would have claimed my body? 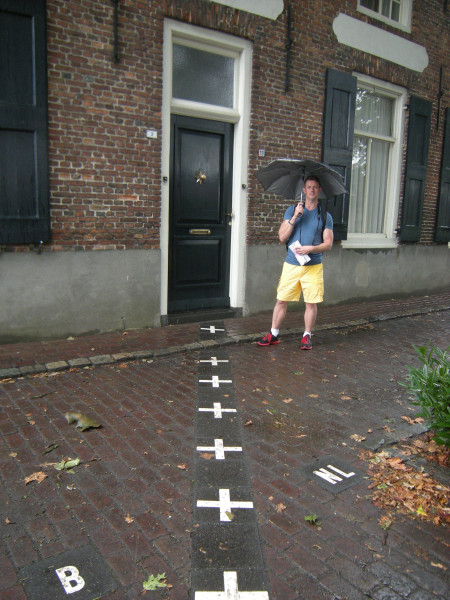 I am standing in front of a house that straddles the Belgian-Dutch border in Baarle-Hertog/Baarle-Nassau. Different number plates flank the door, giving each side of the house its own address (#2 in Belgium; #19 in the Netherlands). 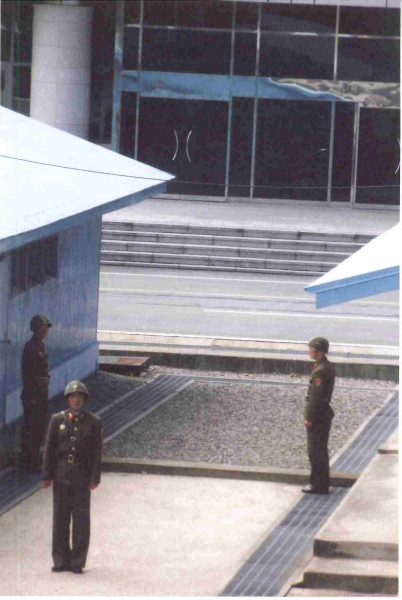 I cannot recall any other book that made me want to stop everything and check an atlas to discover a geographical gem that I had not previously known about. Jennings wrote about Weirton [1], West Virginia and I’d have to take a break and hunt down a map of the weirdest-shaped state in the union, West Virginia. Maphead was full of these wondrous examples. Whenever I had to take a pause from reading to check a map, I enjoyed the field trip.

Jennings devoted several chapters to the future of mapping, and I learned about GPS and geocaching and the sometimes obsessive personalities who partake of it. The National Geographic Bee was covered in a delightful chapter about the children who study maps and geography textbooks for a chance at national stardom. Fantasy fiction wouldn’t exist as a genre if authors didn’t provide maps with their work. Jennings even covered phantom islands and mountain ranges that continued to appear on maps for centuries. I even travelled the American highways with road geeks who monitor traffic signs and the distances (as well as the fonts) displayed on them. Jennings even wrote about the Travelers’ Century Club, an exclusive (and somewhat snobbish) group comprised only of those who had visited at least one hundred countries or territories. Maphead was a dream of a read for cartophiles and cartaca-cocoa’s alike.

[1] Weirton is the only city in the US that borders two other states on two sides, and its own state on the other two sides.