Montaillou: Cathars and Catholics in a French village 1294-1324 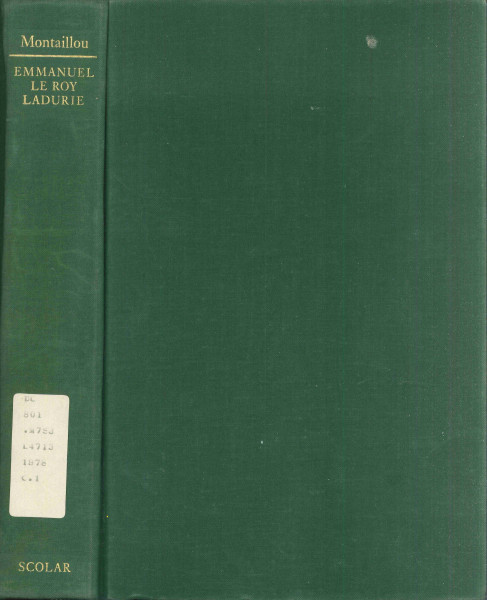 I discovered Montaillou: Cathars and Catholics in a French village 1294-1324 by Emmanuel Le Roy Ladurie (translated by Barbara Bray) from the bibliography of another anthropological study I read a month ago, Fruits of Apartheid: Experiencing ‘Independence’ in a Transkeian Village. I thank my library system’s interloans department for acquiring this book from the University of Windsor. This book chronicled the history of this very small village in southeast France during the time of the Inquisition, when Catharism was considered heresy. Montaillou derives from the Fournier Register, a record maintained by Jacques Fournier, the bishop of nearby Pamiers who later became Pope Benedict XII. He took meticulous notes about the village and those who lived in it. I am not familiar with the general records from southern France from seven hundred years ago yet this work–now housed in the Vatican Library–must be unique in its level of detail in profiling peasant life. This was at a time when histories were kept mainly of religious figures and the nobility.

With me being off work due to the self-isolation guidelines imposed to halt the spread of the coronavirus, I had all the time I needed to read this book. Only after reading the introduction did I realize that the English translation was only a segment of the entire Register. Even though it was an abridgement and a good translation, as well as being my daily preoccupation for several consecutive days, it still took me two weeks to read it (383 pages). The pages were packed with details of everyday peasant life, such as shepherding, going to the market, going to church, and other activities such as gossiping and infidelity (and there was plenty of that).

Ladurie divided the book into two parts and multiple chapters within. The first part centred on the home and the lives of shepherds. Seven hundred years ago the home was the centre of the family and a word we are introduced to early in the book, domus, could be translated as both “house” or “family”. People socialized around the fire and slept next to it. Farm animals would often live in the same house as only the wealthy could afford barns or a second storey. With the domus so central to one’s life it was all the greater punishment for heretics when their domus was burned to the ground: they lost everything. Some heretic families in Montaillou had their domus levelled by fire as many as three times.

The second part dealt with social customs. The Clergues were the wealthiest family in Montaillou, with the priest and other high-ranking officials coming from this family. Knowing their influence by the time I got to page 153, I couldn’t stifle a snicker when I got to the chapter on that page entitled “The libido of the Clergues” and read the first few sentences:

“What really mattered in village sexuality were affairs, liaisons, concubinage and, last but not least, marriage. We shall begin with the amorous activities of a single domus, that of the Clergue family and its satellites. The illegitimate births in the Clergue family are a first, though indirect, clue.”

The priests were known to have multiple mistresses and this wasn’t considered scandalous. The testimony of women themselves found no shame at all in being married while also carrying on with their priest (who might even be a first or second cousin at that). Women at this time were considered possessions, like sheep or cattle, and patriarchs would offer their teenage daughters in marriage to cement agreements. The text was full of stories of shepherds who would wander into villages during the migration of their flocks and pick up a wife on the spot.

In spite of the Inquisition the village was not ravaged within by feuding factions. Families lived together in harmony even though some were Catholics and some were Cathars. Espionage, however, preoccupied the lives of some villagers who kept tabs on the religious practices of others. Yet others flip-flopped their religious obedience easily:

“The frontier between believers in Catharism and believers in the orthodox Roman dogma was vague and easily crossed in both directions, by the same people. They did not hesitate to fish from both banks. Much depended on the changing network of friendly or professional relationships between individuals.”

I laughed out loud when I read the following passage about the function of Catholic mass as viewed from both sects:

“Even for unbelievers and heretics the Mass could serve a useful purpose. It might serve as a meeting-place for plotting a kidnapping. For Catholics, it was of course the central point of their religious life.”

The end of the book chronicled the main families of Montaillou in alphabetical order by surname, which I found helpful. From the very beginning, the reader is met with about two hundred people yet French (Occitan) nomenclature at the time was rather limited, leading to multiple people with both the same first and last names. Ladurie thankfully always distinguished the people who shared the same name yet I still found it confusing even when the same names crossed generations.