When my bus pulled into Helsinki last Friday night, I knew I would see some surprises. The city was under a major reconstruction six years ago, and the building I most wanted to see was the Musiikkitalo. It reminded me of Harpa in Reykjavík. I took some photos inside and out: 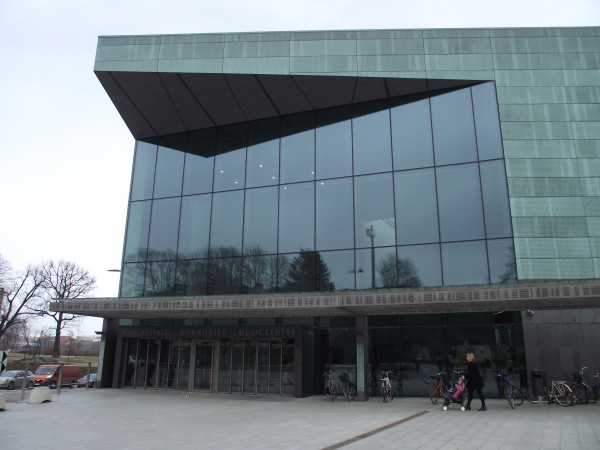 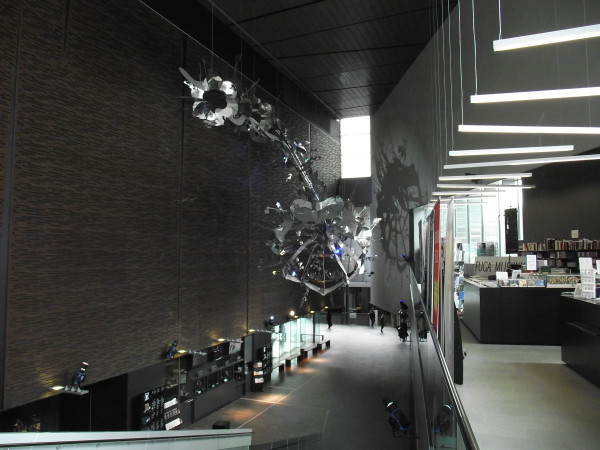 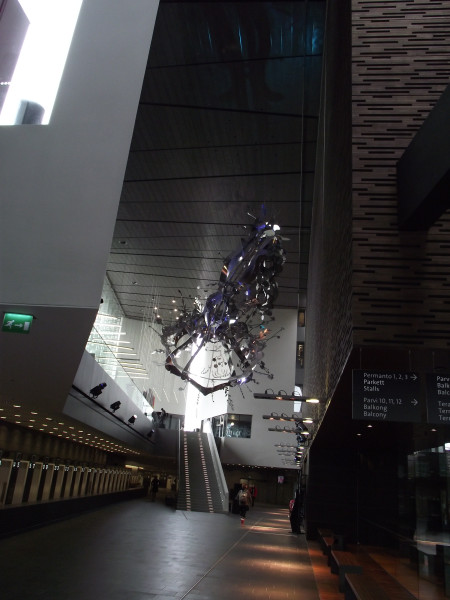 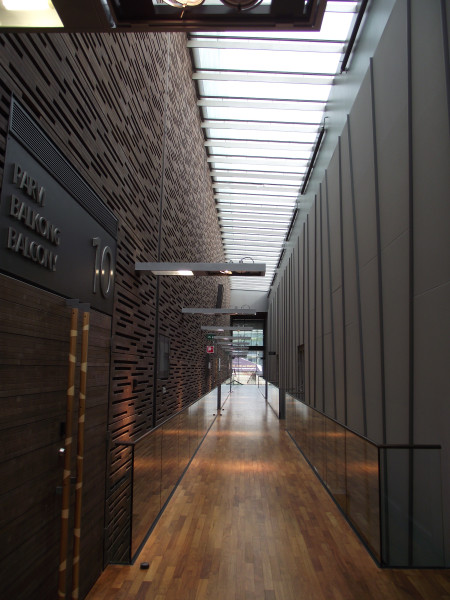 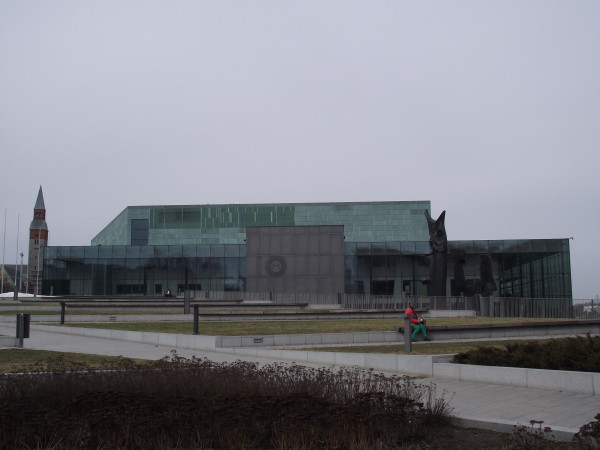 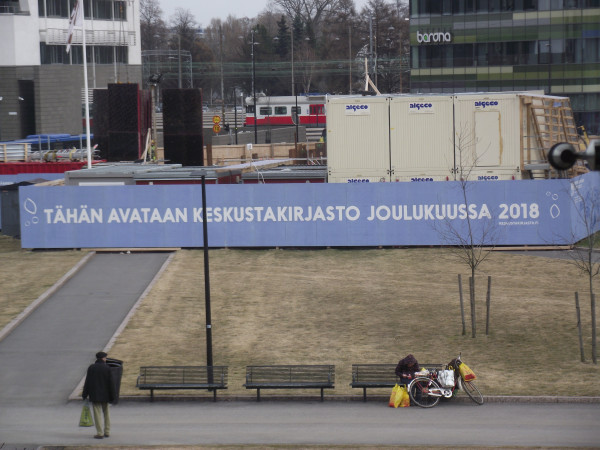 “The Central Library will open here in December 2018”

There are a number of other renovations, including the Eduskunta, which is under some trompe-l’oeil covering: 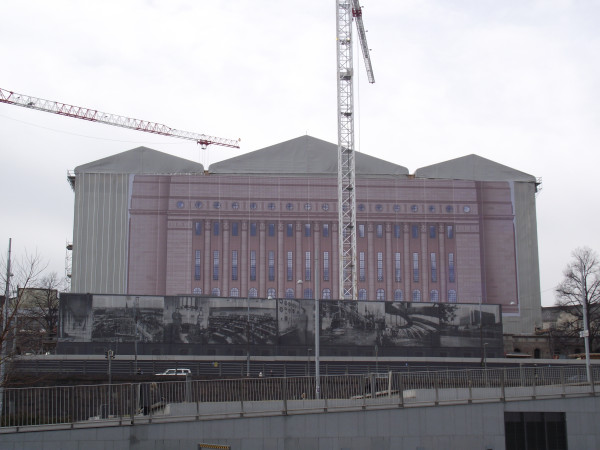 When I lived in Helsinki in 2000, this tunnel was still used by trains. I would sometimes have to wait at the train crossing as I cycled next to Mansku. Now the tracks have been removed and it is a pedestrian and cycle path: 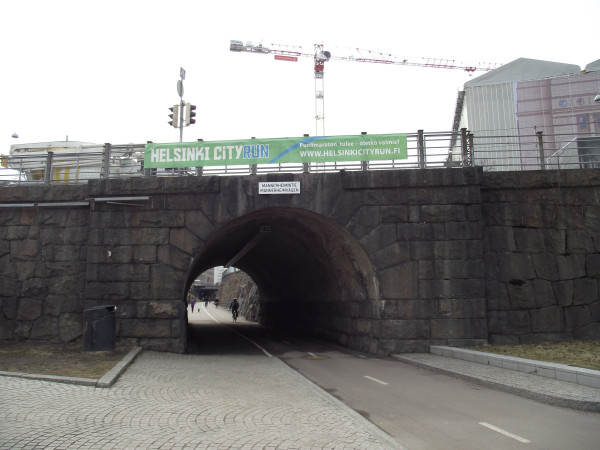 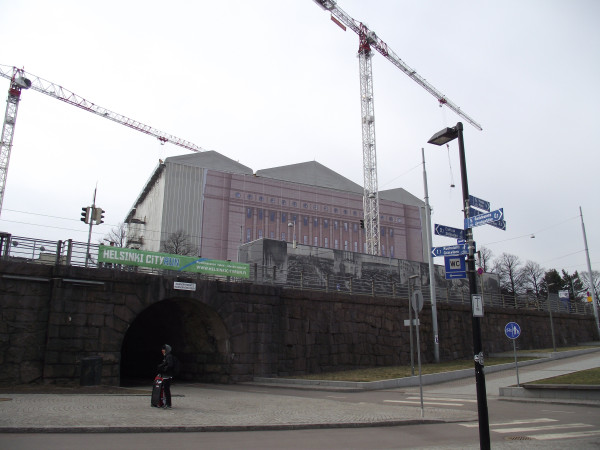 My favourite building in all of Helsinki, Lasipalatsi, is sadly boarded up under renovations as well: 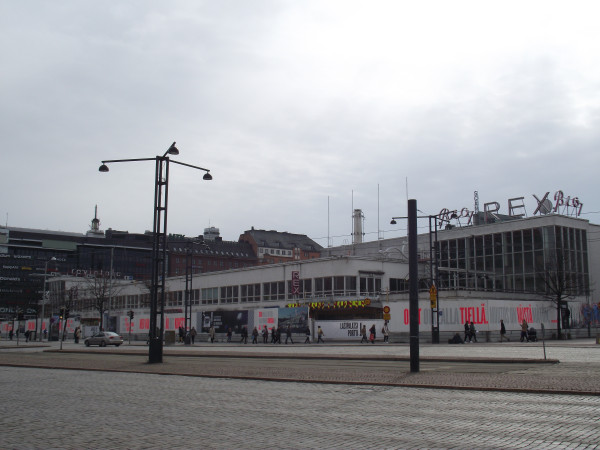 This evening I saw a concert by one of my favourite Finnish bands, Värttinä, at Sellosali in Espoo. I believe this was my seventh show. The last time I saw them was in 2006 at the Mod Club in Toronto. By coincidence, earlier today, I ran into their former manager Phillip Page on Keskuskatu. We didn’t speak; he had his wide sunglasses and headphones on. Värttinä is touring to support their new album Viena, named after a part of Karelia (and not a misspelling of the Austrian city). I was seated smack in the middle of the front row, seat 10. When I ordered my ticket on-line months ago I could not believe that I would find front-row centre still available. The group performed twenty-one songs and I was able to take a song list from the stage floor. I usually do this but after one Värttinä show in Espoo in 2004 I was told by a stagehand to put it back. The set list:

The singers Mari Kaasinen, who has been with the group since its inception in 1983, Susan Aho, and newest member (as of Viena) Karoliina Kantelinen all came out to greet the fans immediately after the encore. It was exciting to meet them again. The group is playing a short 45-minute special morning children’s concert at the same venue tomorrow, and I will be seeing it as well. Following the concert I have a lunch date with Scandinavian Music Group guitarist Joel Melasniemi. Then I will go music shopping. I spent a small fortune today at the concert. While I already own all of Värttinä’s albums, the merchandise table was laid out with Finnish folk music and music sung in other Finno-Ugric and Samoyedic languages. Could you hear me squeal with delight? I bought CD’s of traditional songs sung in Mordvin, Nenets, Udmurt, Ingrian and Tunturi Sami. The vendors have a store in Helsinki so I will visit it after lunch tomorrow. That might very well be the only time I can go, as I have a day trip planned on Friday to Ekenäs and on Saturday I have a barbecue date with my friends Risto and Tiffiny in Espoo.