My Observation in Korea 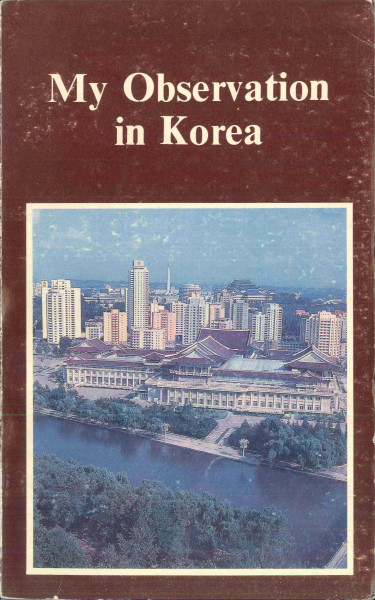 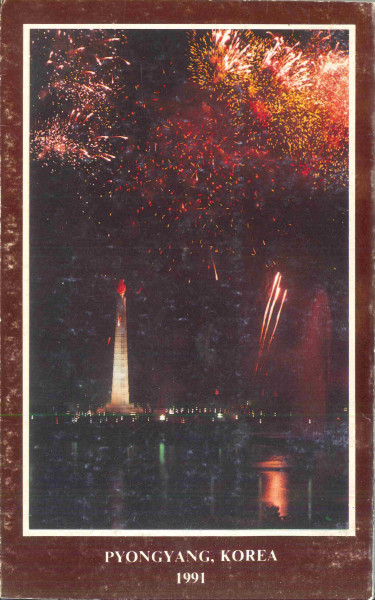 I bought several dozen books while in the DPRK, and most of them are slim reads under two hundred pages. Their brevity does not necessarily mean that I read them in a day, however. At 163 pages, My Observation in Korea by Ichikawa Makoto, a Japanese DPRK sympathizer, took me four days to finish.

It was an uncharacteristically poor translation which left me puzzled on many occasions. One of the most glaring mistranslations is this passage:

“As illustrations of this [the high standard of health] we may take the Pyongyang Maternity Hospital for mothers and babies in which the entrance hall floor is beset with germs and which is furnished with 1,500 beds”

I do believe the translator intended to say “bereft of germs” instead of conveying the exact opposite meaning. It is sentences like that which required double or triple readings in order to make sure it wasn’t my fault that I wasn’t misunderstanding anything. Sentences would routinely go on for entire paragraphs and the following two examples had me stuck to the page rereading them for far too long, all the time while rolling my eyes and trying to repress exasperation:

“In particular, referring to the fact that the Supreme People’s Assembly of the Republic adopted in 1984 the resolution on ‘Stepping Up the South-South Cooperation and External Economic Activities and Further Developing Trade’ and enacted the law of joint venture in order to expand the economic and technical interchange with capitalist countries going beyond the bound of socialist countries they said that setting up of the Ragwon Department Store in the heart of Pyongyang was one example of this.”

My Observation in Korea was difficult to read as well because of the translator’s general lack of using the indefinite article. This is not uncommon in English translations of Korean texts, as I saw signs in the DPRK where the English indefinite article was most glaringly lacking. However in this case I wonder if the source language was Japanese and not Korean. No publishing information about any original language was given. I do not believe that this book was originally written in English since it reads like a very bad translation.

When the author visits the DMZ he makes the following remarks, and lays on the propaganda thick and rich:

“What caught our eyes first was that demilitarized zone of the Republic’s side presented a beautiful scenery whereas that of the south Korean side was the wilderness overgrown with weeds. No particular explanation is required, I think. There is no need to say what these imply.
Another notable thing was that only US GIs and MPs stood guard at the south side. Some of them were busy taking photographs of us.
‘Not a south Korean soldier is seen here.’
‘I suppose they fear that south Korean soldiers defect to the north if they were put on guard duty.'”

This kind of propaganda was the easiest to read through, and while the entire book is political, some passages were s-l-o-w page turners. Especially interesting were the sections where Ichikawa counters anti-DPRK rumours, or “slanders” as he usually referred to them:

“How is the food situation?
I had heard various dark rumours about this but I never received an impression of ‘suffering from hunger’. All people are full of vigor and it goes without saying that there is neither a man out of employment nor a beggar in the Republic.”

Ichikawa answers other slanders pertaining to the perceived personality cult of the Kims, the lack of individuality in the North, and how one-man and one-party rule best represents the democratic will of the people. These political passages were at times slow to digest but most interesting.