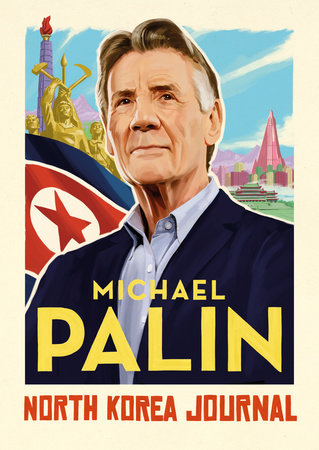 I took an exceptional interest in North Korea Journal, Michael Palin’s personal travelogue of his thirteen-day trip in April and May 2018. As I have been to the DPRK myself, I am always interested in reading others’ travel diaries. I certainly did my research in advance of my nineteen-day trip in 2011, when I read as many travel blogs as I could find.

I used the same travel company as Palin (Koryo Tours) and recognized the personnel in the photos. North Korea Journal was fortunately packed with bright colour photos on almost every one of its 170 pages. I took three days to savour this book–when it could easily be read in one–because I pored over all the photos, reliving my own time there. When I was in the DPRK, I knew well enough from all that I had read that it was important to obey the rules. Once you established that you could be trusted by the guides who accompany you throughout the entire trip, you may be allowed more freedoms. That certainly happened to me during my trip. I was a model tourist who even impressed some professors with my knowledge of the works of the Great Leader Kim Il Sung. However, since Palin travelled with a camera crew, I sense that he was more restricted than me or my own travel group.

Tourists do not go to the DPRK without knowing what they’re getting into. There are metres of red tape to be cut and tunnels of hoops to jump through before you’re allowed into the country. That said, I found that Palin broke protocol by asking the Koreans questions that no respectful visitor would have. He broached topics–such as the fallibility of all leaders–which no Korean could ever answer, and put them in awkward positions of needing to save face. I suppose the journalist in him obligated some sort of gentle consciousness raising but not with a camera crew, notepad out and other colleagues and officials milling around. I have the feeling that some of the restrictions imposed on his team, including the trip to Mt. Paektu, may not have been cancelled “because of the weather” but rather for overstepping his limited boundaries.

Palin had a sense that he was being played. So did I (and often). An educated traveller to the DPRK knows this, or should be prepared for it. I was able to opt out of one specific event when I was over there because I couldn’t stomach the phoniness. My approach ensured everyone saved face, and thus I was enabled–having by then earned the privilege of being a trusted traveller–to spend some time on my own among Pyongyang park visitors. Palin wrote at the end of his journal:

“So why should I feel something’s missing? I think it’s because I sense that, for all the access we’ve had here, for all the increasingly warm relations between us and our minders, they’ve been playing a game with us. We have been indulged, but never fully informed. We have been allowed more sustained access to this cagey country than most broadcasters, but I still feel that we have been subtly manipulated for some greater end.”

In spite of Palin’s background, this was not a funny book (for which I am thankful, because I can imagine how such an approach could backfire) yet there was one part at the beginning of the book that had me in stitches. He was looking for a place to sit at the Beijing railway station just prior to leaving for the DPRK. With no place to be found, he and his team had to settle for the massage chairs, that you pay to use:

“Cautiously, I pay my twenty minutes’ worth and sit back. It’s a weird sensation. Everyone tries to look as if they’re simply relaxing, whereas in fact they know and I know that it’s like being strapped to a sackful of live badgers.”

Palin ended the book with the same wondrous admission that I had–and that I told everyone, to mouths agape–when I came back from my trip:

“As Pyongyang recedes into the distance, we turn and exchange smiles. Of relief, but also of regret. One thing we all agreed on at our farewell meal last night is that none of us would mind coming back.”