On the way to Mount Paektu

On the tenth anniversary of the 11 September terrorist attacks I was in the far north of the DPRK on its border with Chinese Peking ( = the People’s Republic of China). My tour group had flown that morning from Pyongyang to Samjiyon, on our first of three domestic flights within North Korea. 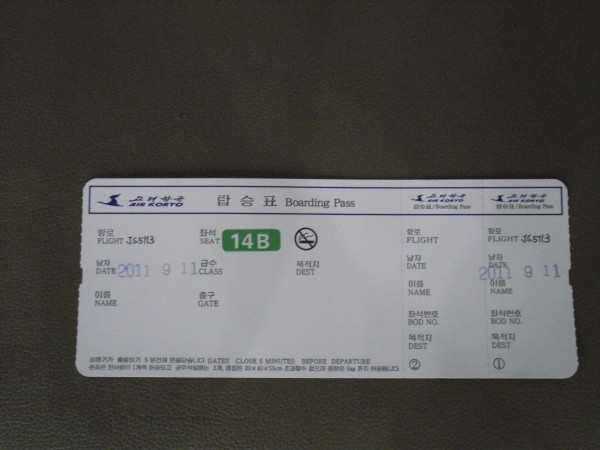 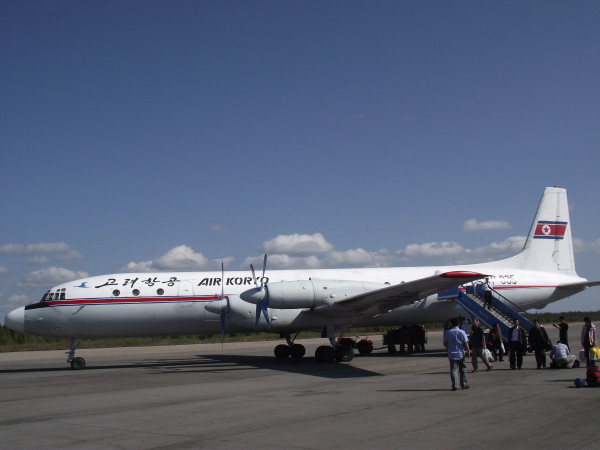 Safety aboard the world’s only one-star airline, Air Koryo, was on everyone’s mind as we thought of the anniversary date and then had a glance at the number of the issue of our in-flight magazine: 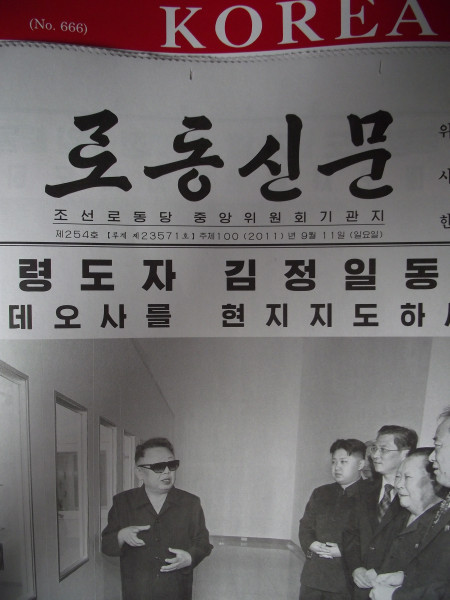 Needless to say, we prayed the plane wouldn’t self-destruct in mid-air. I was happy to find my seat was next to an emergency exit: 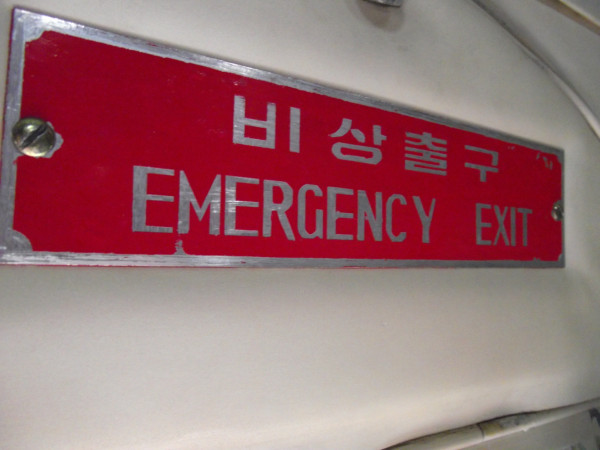 Some passengers, fearing that shopping opportunities in the far north would be few and far between, stocked up on alcohol before leaving and brought it on board. Airport security for our flight was completely nonexistent. It was probably not necessary for our small group, but it was indeed a surreal experience to pass through an international airport and head straight for the plane without so much as having to empty my pockets. In contrast, when we viewed the body of the Eternal President and Great Leader Kim Il Sung lying in state at Kumsusan Memorial Palace, we had to undergo a more thorough security check than at any airport I had ever been through.

Passengers brought large bottles of beer on board and they sloshed as they rolled up and down the overhead bins, which did not have covers or barriers. I did not feel safe watching an alcoholic accident waiting to happen. 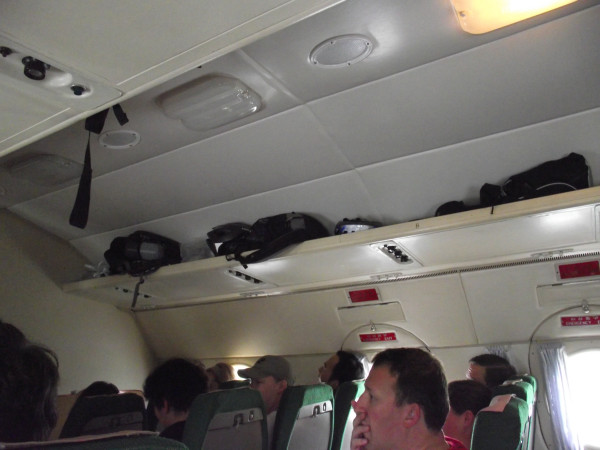 We were met at the small Samjiyon Airport by our minibuses and drove to the base of Mount Paektu. 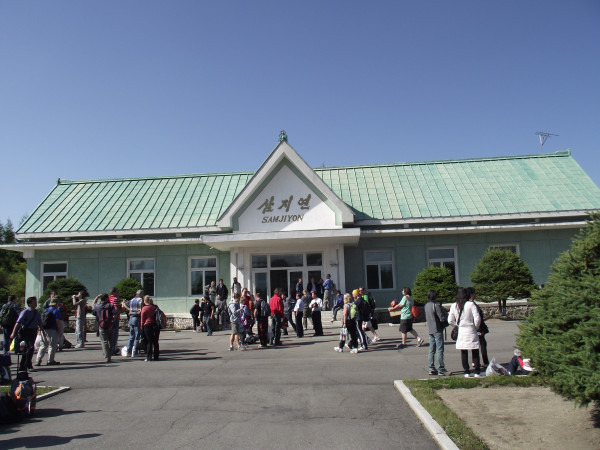 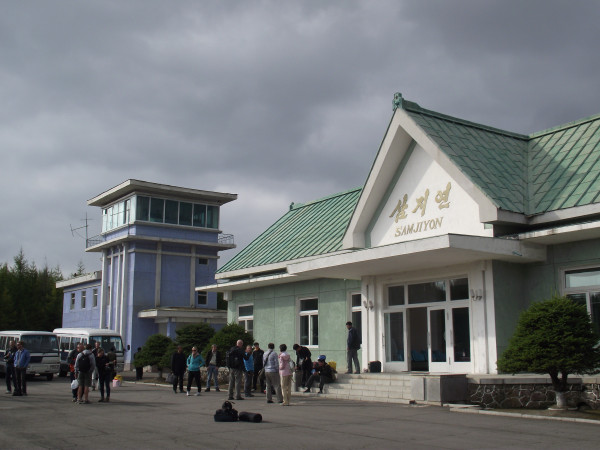 Within minutes of our departure, however, one of the buses got a flat tire. The other two buses in our travel group stopped to wait and all the tourists disembarked. The flat tire is a situation that could have happened anywhere, but to happen in North Korea meant a loss of face for the guides and the country. Thus when I asked permission to take photos of the tire change, I was refused. Fortunately a traveller in my group, a woman who was born in the northern part of Korea before the war and had over the course of the trip gained special liberties from the guides because they regarded her as a long-lost sister returning from the evil empire ( = the USA) was able to snap away and she kindly sent me her photos of the tire-changing incident: 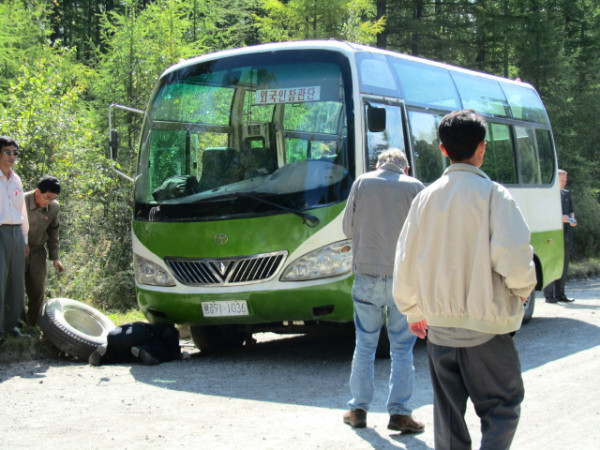 My group got back onto our bus and our caravan resumed the trek to Mount Paektu. One member of our group was thirsty yet his common sense went out the window when he decided to open a bottle on the bus–a bottle that had just been sloshing around in the airplane’s overhead bins. The beer gushed out like a geyser. No one reading this has ever seen me get mad. Simply put: I do not get angry. Umm…I do not get angry unless you’re sitting right next to me and your beer is shooting out like Old Faithful, getting everybody and everything drenched. The bus was stinky, sticky and smelly and for the first time in my life I told someone off in public. The person who did this committed another beer malfunction after we had returned to our big bus in Pyongyang. We were driving like hellfire down the notoriously bumpy roads of North Korea and his beer, which had been sitting unattended on the bus’s back seat, leapt up and crashed to the floor. He had even been warned not to do this by one of our Koryo Tours guides. Beer flooded the bus and the driver was fuming mad. We ran outside, trying to outrun the flow of beer and the driver hosed the bus down. In spite of these incidents, I grew to like this guy, and he made an effort to get into our good books by his subsequent remarkable model behaviour.