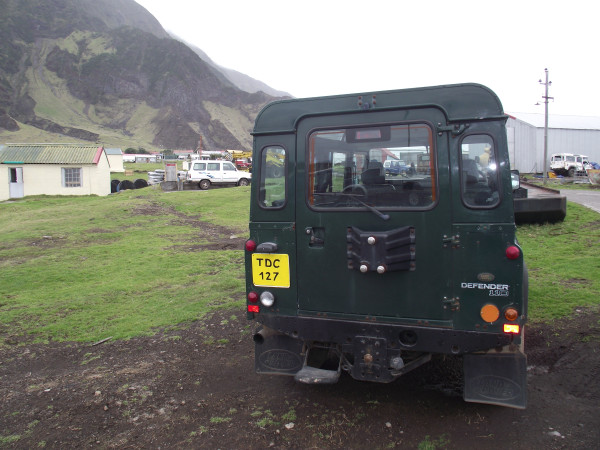 A shocking discovery among the coastal lava rock: 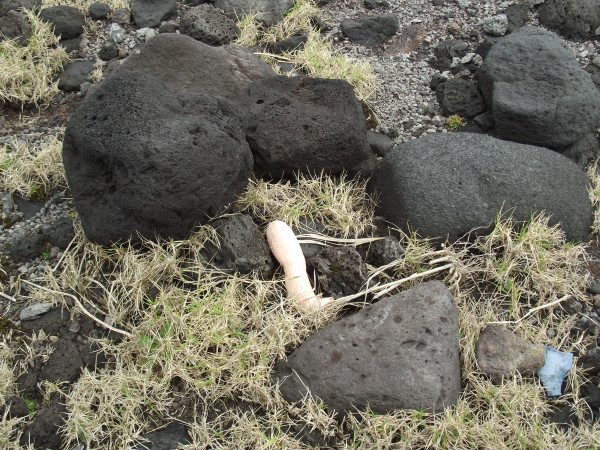 I would often go in search of sea glass along the black sandy beaches of Tristan’s northwest coast. In some areas the beach was narrow yet it was quite safe to walk on the rocks next to the cliffs. At one such rocky area I glimpsed what appeared to be an infant’s limb. I was startled, and peered closer. It was, fortunately, a lost leg from a doll, who is now an amputee. The black porous rock above the leg was very light to pick up, and did not crumble into my hands.

In spite of requests I received from friends back home asking for a physical specimen from Tristan as a souvenir, I had Tristanian conservation and preservation on my mind and refused to fill my suitcase with lava rock samples or pebbles or the rare seashell. The only souvenirs I brought home for friends were those items purchased in the canteen or post office and tourism centre. I thus chose to contribute to the Tristanian economy instead of pilfer the island. That said, I do not view my collection of sea glass as booty from robbing the island. I see it as my effort to clean up the coast from pollution that had washed ashore.

The rocky coast and cliffs near Hillpiece, looking south: 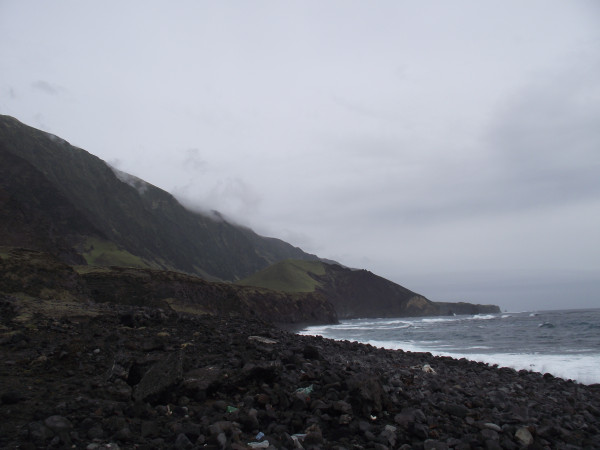 I cannot go any further at risk of being washed out to sea: 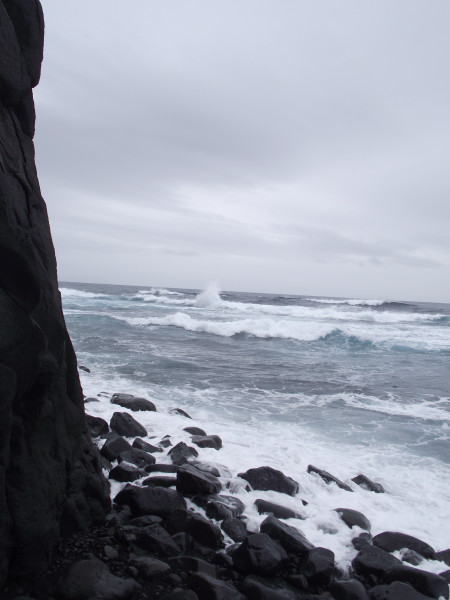 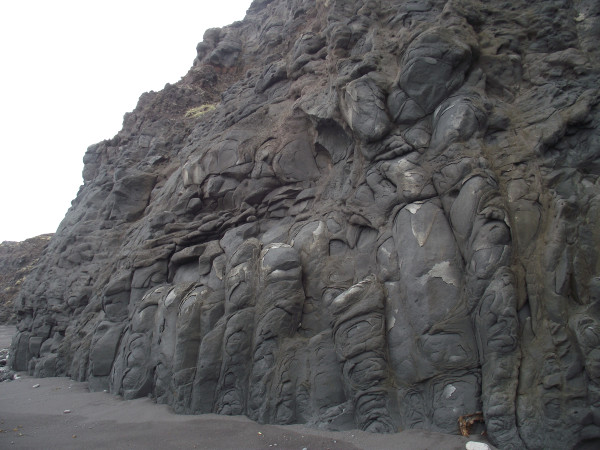 Panorama shot from the tip of the west arm at Calshot Harbour: I hiked to a cliff overlooking Big Point, midway along the northern coast: This picture does not accurately depict the height I am at. The boulders at the top of the grass are at the edge of a cliff, and are not part of the rocky beach below. I sat here and rested after my hike, eating my lunch. Suddenly yellow-nosed albatrosses appeared out of nowhere, rising from below and hovering at the cliff edge, very close to me and my sandwiches.

A look from the cliff to the ocean below: 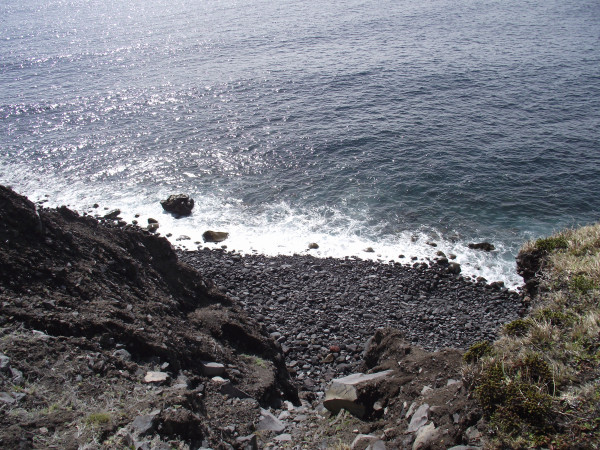 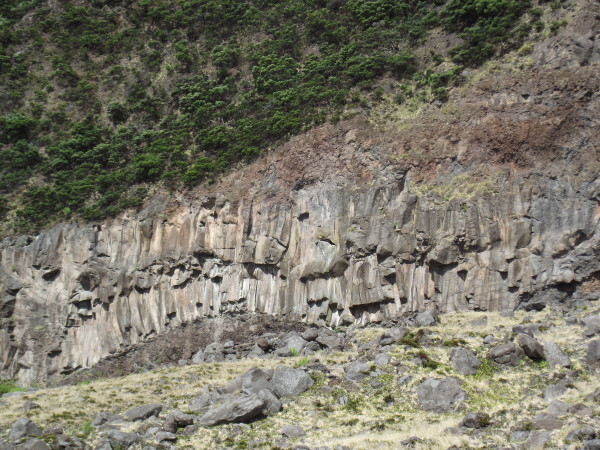