Rockhopper Copper: The Life and Times of the People of the Most Remote Inhabited Island on Earth 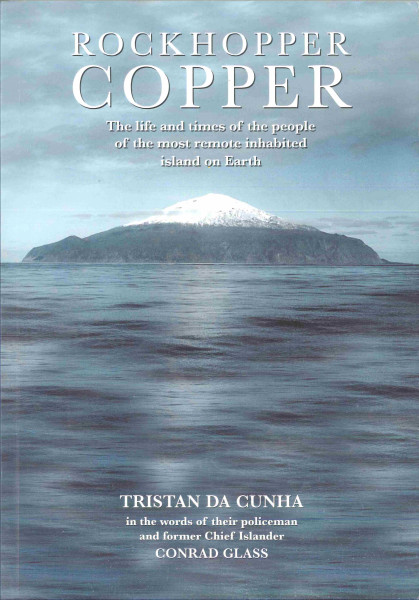 Tristan da Cunha is home to 262 people and one police officer patrols the island. Conrad Glass is the man on the beat and his memoir, Rockhopper Copper: The Life and Times of the People of the Most Remote Inhabited Island on Earth, Tristan da Cunha was first published in 2005. It is now in its second edition, from 2011, which is the one I read. The book however has a different subtitle on the title page: Rockhopper Copper: Life and Police Work on the World’s Most Remote Inhabited Island, Tristan da Cunha. Glass is a direct descendent of the island’s founding settler and governor William Glass, whose British garrison landed on Tristan in 1816.

Glass starts with a brief history of Tristan da Cunha, then gives his family’s account of the tremors and volcanic eruptions that preceded the entire island’s evacuation to England in 1961 (Glass himself was only eight months old when the volcano started erupting). It was exciting to read about the first localized tremors, the smoke spewing from cracks in the earth and the sudden growth of a new volcanic cone right next to the island’s only settlement:

“What unseen force was putting pressure on the earth to create such a mound? As they looked on, a large crack suddenly appeared on the ground close to the mound. Several sheep were grazing nearby. As the crack opened up underneath, the sheep fell into it. Minutes later, the crack closed up again, sealing the sheep’s fate forever. This was the moment for action.”

When the lava started flowing and threatened the village, the islanders evacuated themselves to nearby Nightingale Island. They were then picked up and spent a brief time in Cape Town before finding a new home in England where they lived unbroken as a Tristanian community in exile for two years.

With only seven families on Tristan, the job of the island’s only police officer presents its difficulties. Glass shares a story when he had to find the owners of the canine culprits who killed some chickens:

“With the dogs having killed the chickens, I have an idea which may have been the culprits, but do not have enough evidence to support my theory. It annoys me to an extent, because people who are related through birth or marriage are not willing to tell the police anything about an incident, for fear of becoming a social outcast.”

This is the same dilemma encountered in the even smaller population base found on Pitcairn Island, where the sole police officer there soon devolved into a ceremonial position.

The rockhopper penguin makes its home on the Tristan da Cunha archipelago, and Glass included many colour photos of his life on the island, including a photo of a rockhopper rookery. In case anyone thinks that these adorable birds are too irresistible for words and venture picking one up, you have been hereby warned by Glass, in boldface type no less:

“The Rockhopper Penguin is a most disagreeable bird and was always ready to have a go at his neighbour, the world and myself in general. Almost all of the rookery could be held on charge for breach of the peace!” 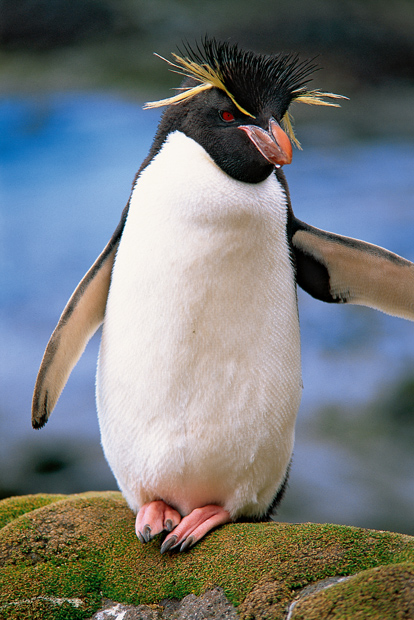 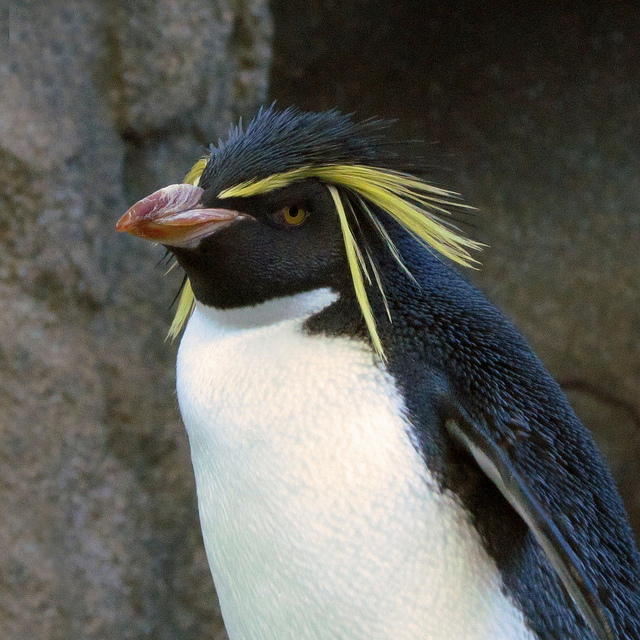 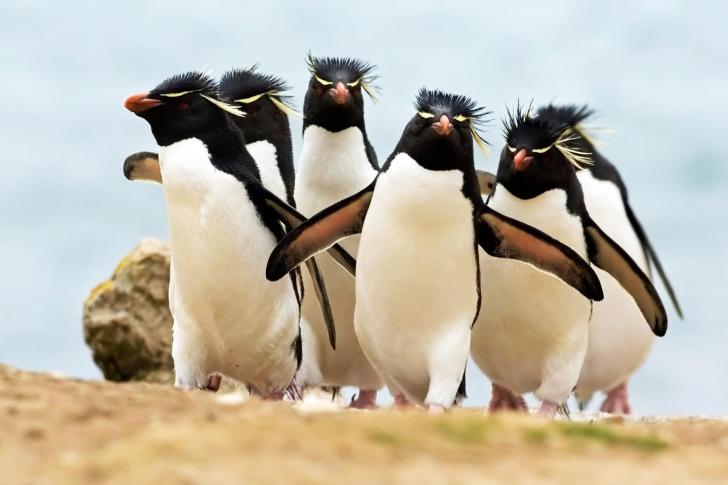 I most enjoyed the chapter on Tristan legends, tall tales brought to the island by its founding settlers, shipwrecked crews, and by mysterious things that go bump in the night. When you’re on the most isolated inhabited island on the planet, scary stories about sea and land creatures hiding in the fog and around the volcano are ripe for the telling. Not all the stories about strange island beasts were the product of the storyteller’s imagination, however. Although it was met with a natural skepticism at first, the first eyewitness account of a lion on the island soon was believed by all when sheep carcasses were found along with paw prints and unknown animal droppings. Eventually more and more islanders saw the lion and a south Atlantic hunting safari was underway:

“The days, weeks, and months passed, nothing was seen or heard of the lion. The islanders deduced it must have come ashore from a wrecked ship and when they shot it they must have wounded it badly and it went off and died somewhere. In fact, almost a year later its skeleton was found at the rocks on the Cave Point, the chain still attached to it.”

The author proudly states that the first edition of Rockhopper Copper was such an unexpected success that a second edition was necessary. While I am indeed proud of him for writing such a successful and informative and entertaining book, it could have used an editor. There is one named, but there are many mistakes and I seriously wonder if the editor was used at all. Glass errs most often with the possessive case:

“I pointed to Neil’s’ dilemma and the others rushed off to help him.”

and on the very next page:

“Since leaving work, almost two hours had passed and we had only been into my fathers’ house for about 10 minutes for a cup of tea.”

These are not isolated possession errors, but the most egregious since they occurred on consecutive pages.

Rockhopper Copper was a can’t-put-down read. Conrad Glass also shared suspenseful tales of his role in search and rescue operations; of the devastating 2001 hurricane that ravaged the Tristan archipelago; plus entertaining stories about the post office and island souvenirs. He ends the book with a glossary plus a chapter on how one goes about visiting the island.