I was in Boston this past weekend accompanying Mark to the Boston Beanpot Classic hockey tournament. Whenever I am in Cambridge I visit Schoenhof’s Foreign Books, one of my two favourite bookstores (the other is Akateeminen Kirjakauppa in Helsinki).

John and Kristen Chew introduced me to Schoenhof’s and we have gone there together before attending the BAT. Upon my first visit I was like a child set loose in a candy store. I regressed some thirty-five years and went to all corners of the language-learning section, bouncing from Breton to Faroese to Georgian to Welsh. After each new language came into my mind I would head in a different direction, zigzagging all over the store. Eventually I calmed down and decided to start at A and work my long but slow way alphabetically from Abenaki to Zulu. This is the search method I have adopted each time I visit, although my excitement level has never diminished. I had been looking forward to this Schoenhof’s visit for weeks.

Mark and I had a 6.45 a.m. flight to Boston last Friday, arriving at 8.15. My plan was to head to Schoenhof’s immediately, before even going to our friend Ken’s place where we were staying in nearby Newton. We got the Airport T together and I helped out as I usually do in my role as Official Stick Boy. However when we parted at Harvard Square I had to hand the sticks over to Mark, leaving him to make his way to Ken’s on the bus, lugging everything: his suitcase, hockey bag and hockey sticks.

I arrived at Schoenhof’s at 10.30 and stayed exactly three hours. I came out with a suitcase full of books. I would have bought more had certain volumes been available. Regrettably there was only a volume two for introductory Cree and introductory Lëtzebuergesch ( = Luxembourgish). I was really sorry about not getting the latter: incredibly, it was written in English! If there had been a volume one for both languages, I would have bought both volumes for each. Since there wasn’t a volume one for either language, it was pointless getting only the more advanced level. Here are the books I got:

A Historical Phonology of Breton by Kenneth Jackson. This book weighed a ton although its thickness wouldn’t give you that idea. Phonological characteristics of Breton and all its dialects are discussed.

Cornish for the Twenty-first Century by Paul Dunbar and Ken George. Cornish, like Manx, is a revived language however it disappeared from the British isles several centuries before Manx. The version of Cornish being taught today differs from the language when it was still spoken, although moribund, hence “for the twenty-first century” is appropriate. Grammar for the First Grade (and Auxiliary Verbs) and Grammar Beyond the First Grade by John Page. Both were short introductions to the Cornish language with helpful word charts. 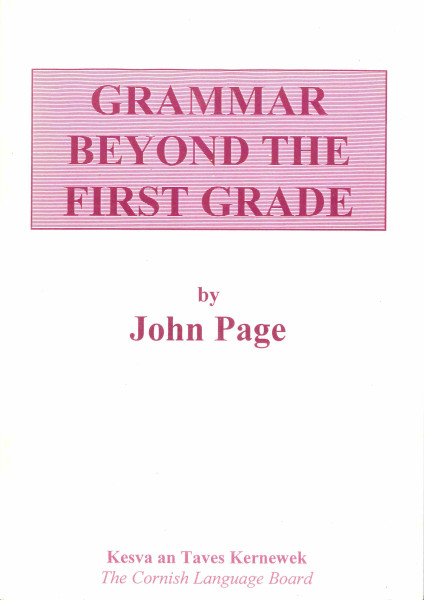 The kit Mastering Korean: Level One. I had been looking for a good Korean language learning kit long before my trip to the DPRK yet had been unable to examine the contents of many of them since all of these kits are sealed and bookstores are reluctant to open them. Thank goodness Schoenhof’s had all of its kits open for customers to examine, and I thanked them for offering this courtesy because it certainly led to a sale. Had none of the kits been open, I wouldn’t have bought one. I liked the Korean textbook and especially the twelve CD’s, ranging between 56 and 66 minutes per disc.

The Welsh Language before the Industrial Revolution, edited by Geraint H. Jenkins. An analysis of the language during a time when it was not so dominated by English. The Etruscan Language: An Introduction by Giuliano Bonfante and Larissa Bonfante. I am interested in this mysterious extinct language. I had two book deliveries sent to Ken in order to save money on postage since the sellers were based in the US. Here are the language titles I picked up at his place:

An Introduction to Tuvaluan by Geoff and Jenny Jackson. I saw this little book the first time I visited Schoenhof’s but declined to buy it since it was so expensive. I found it for sale from another on-line retailer (not Amazon) a lot cheaper. One day I would like to visit Tuvalu. I already own Parlons tuvaluan. Elementary Azerbaijani by Kurtuluş Öztopçu. I had seen this book at Schoenhof’s the last time I was there yet did not buy it because it was too expensive for my budget and also because its cover was a little scuffed. I ended up buying it directly from the author and having it sent to Ken’s house. I am interested in the languages of the Soviet Union, and have some books already on Russian, Georgian, Armenian, Estonian, Livonian, Votic and Turkmen, as well as an entire book, bought at Schoenhof’s, entitled The Languages of the Former Soviet Republics. I collect translations of Le Petit Prince by Antoine de Saint-Exupéry. Schoenhof’s has an entire wall full of translations yet most of them, like many titles in the store in fact, are far too expensive for my budget. I had to pass on new translations in Welsh and Armenian since the retail price was over forty dollars each. However I did stumble across a second-hand Latin translation, Regulus, while at Harvard Book Store: 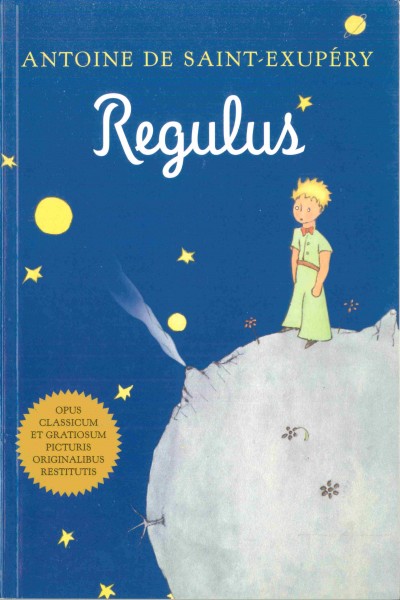 This is my nineteenth translation of Le Petit Prince. I could be collecting translations for the rest of my life but restrict the versions I collect to the following criteria: