Yesterday night I returned home from a weeklong trip to Boston where Mark and I played in an informal, and unrated, Scrabble tournament. This twelve-game tournament took place from Saturday to Monday. Since there were only seven players, each player had two byes and I had both my byes on Sunday. I managed to finish a book during this trip (using my byes to read, and I also started a new book) so as of right now my book reviews are two behind. I am very happy to report that I won the tournament with a record of 7½-4½. I also won the prize for Best Hockey Word for my entry ICING.

Yet before the tournament Mark and I, along with our good friend Ken Levine, spent Thursday and Friday on Nantucket, where we cycled the entire island. We chose to take the high-speed ferry on the way over and the slower one on the way back. We had beautiful weather, where it was in the mid-70’s. I did not even bring sunscreen on this trip, so my nose got burnt a bit. Our hotel supplied the bikes, locks and helmets for free. My bike had a rusty chain and only three rear gears. I was afraid to shift gears for fear that the chain would pop off and I wouldn’t get it back on again, so I never shifted during our entire trip. Mark and Ken cycled ahead, as I always prefer to follow on my bike especially when I don’t know where I’m going, and they would frequently look back as my bike made the strangest creaking noises. It did feel as if it could fall apart at any moment. The only advantage I had over the others is that my bike had a basket on the front.

On Thursday night we walked around the main town which in some places is very roughly and unevenly cobbled. We saw groups of older people walking along in the dark with flashlights. To call them cobblestones seems like an understatement; the roads looked like the back of a gigantic Surinam toad pelted with melon-sized hailstones. The homes are all covered in the same grey shingles, which must be a local by-law. Some of the places we saw were mansions and I picked up a real estate magazine to marvel at all the multi-million dollar estates currently for sale. We had such a good and long time biking, and got so much exercise that I fell asleep on the slow ferry back to Hyannis.

I knew before we left on this trip that with Nantucket and the Scrabble tournament, the only day I would have for book shopping would be Tuesday (yesterday). I started off early, at 9:00 at The Coop. I especially enjoy this bookstore for its European history section. Imagine going into a store and finding on the shelf not one but three separate books on the history of Finland, two different books on the history of Iceland, several books on the history of the republic of Georgia, plus countless others on France, Russia and Germany. Unfortunately I could not help noticing how many of the books on Russian history had to do with the terror of Stalin, and Germany history was overrepresented by the Third Reich. I could have stayed there for longer than an hour, but I had to drag myself out at 10:10 in order to get to Schoenhof’s, which opened at 10:00. I would need every available minute in that store as I had to meet Mark at the Green Street T station (on the Orange Line) at 2:15 because we had our flights to catch. I figured I would have to leave Schoenhof’s by 1:35, so that gave me 3½ hours to go shopping.

As usual, I start in the language-learning section in the back of the store first, and make my way from A to Z. Read about my last visit to Schoenhof’s in May of 2012 here. I bought eight books, and considered buying at least five more but turned them down after repeated should-I or shouldn’t-I ‘s. Here is my latest Schoenhof’s haul, bought in the order I pulled them off the shelves, which is, thus, in linguistic alphabetical order: 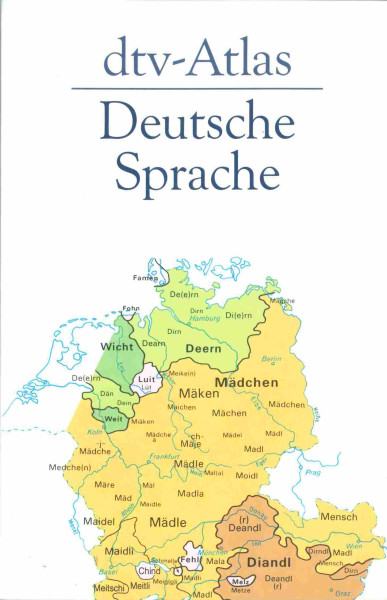 dtv-Atlas Deutsche Sprache by Werner König. Colour maps of Europe show where German is spoken, showing regional variations for specific words and other linguistic terms, such as the various ways to express diminutive suffixes. There are also maps showing the evolution and migration of the German language. 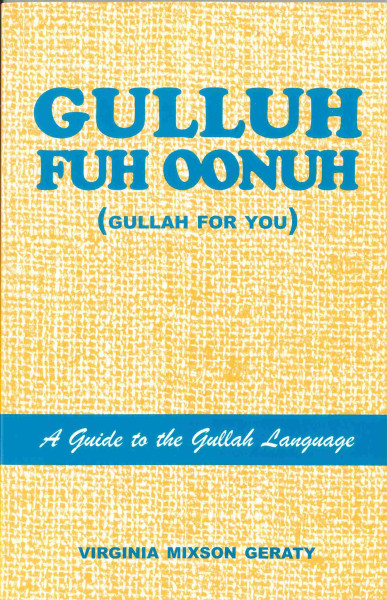 Gulluh fuh Oonuh (Gullah for You): A Guide to the Gullah Language by Virginia Mixson Geraty. This is more than just a dictionary. Aside from listing Gullah terms and phrases, they are also put into a context followed by a translation in standard English. When the fourth edition of the Official Scrabble Players Dictionary came out in 2005. I recognized the new addition gwine, Gullah for going.

Irish Dialects Past and Present, with Chapters on Scottish and Manx by Thomas F. O’Rahilly. I have taken a growing interest in Celtic languages since my one (and so far, only) course in introductory Breton in 2009. I bought several books on Cornish during my previous Schoenhof’s visit, and this time I concentrated on Irish. I liked the chapters on the Irish spoken in Northern Ireland. 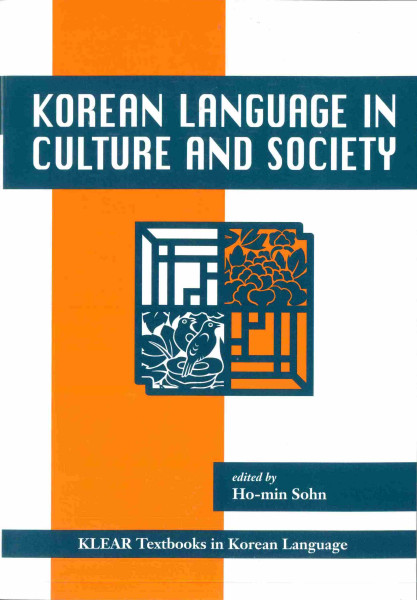 Korean Language in Culture and Society, edited by Ho-min Sohn. Not a language-learning book at all, but when I perused the Korean section, I found exactly what I was looking for. That’s Schoenhof’s. I specifically wanted a book such as this, full of essays on topics such as kinship terminology and honorifics; Korean slang; gender differences; and the language of advertising. I even checked for references to the dialect spoken in the DPRK, and that’s covered too. 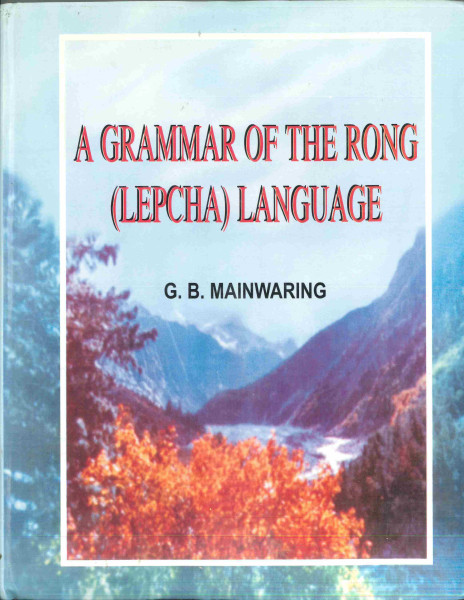 I always walk into Schoenhof’s learning about new languages. I pick up every book about a language I had never heard of, and sometimes I walk out with it. Such was the case with A Grammar of the Rong (Lepcha) Language, as it Exists in the Dorjeling and Sikim Hills by G. B. Mainwaring. This is a 1999 reprint of an 1876 book. It was filed among other books on Lepcha under L. I was most interested in the small number of speakers (less than thirty thousand) and by its unique writing system. This book was a large hardcover. 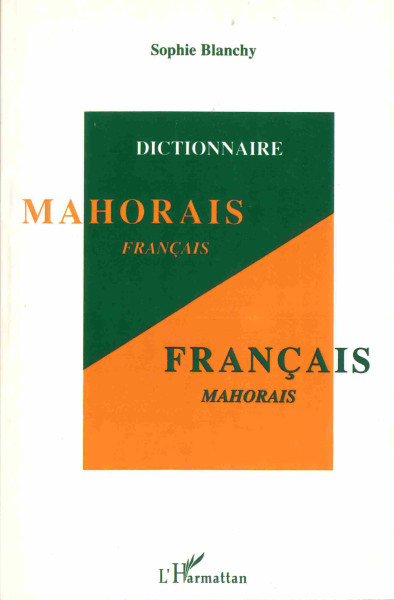 Dictionnaire Mahorais-Français / Français-Mahorais by Sophie Blanchy. Just a couple weeks ago, I was wondering about the languages spoken in Comoros. This book is about the eastern idiom of Comorian called Mahorais, or Shimaore in English. It is spoken on the island of Mayotte, which is not politically a part of Comoros. Schoenhof’s had it filed under M. 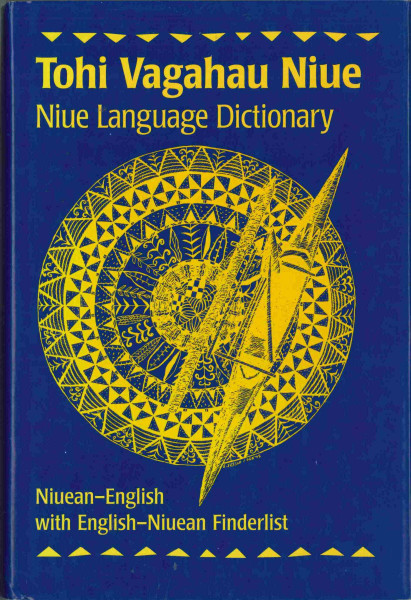 Tohi Vagahau Niue / Niue Language Dictionary: Niuean-English with English-Niuean Finderlist, edited by Wolfgang B. Sperlich. This is my favourite find. I could not believe it when I saw it. I received a postcard less than a month ago from a friend who had just been to Niue. I then wondered if there had ever been a book written about this tiny Pacific language, and thought about looking for it when I visited Schoenhof’s. However I didn’t jump to the N section as soon as I entered the language-learning part of the store. I had totally forgotten to look for Niuean specifically, so when my eyes saw it as they slowly read the spine title of every book, my heart jumped a little. 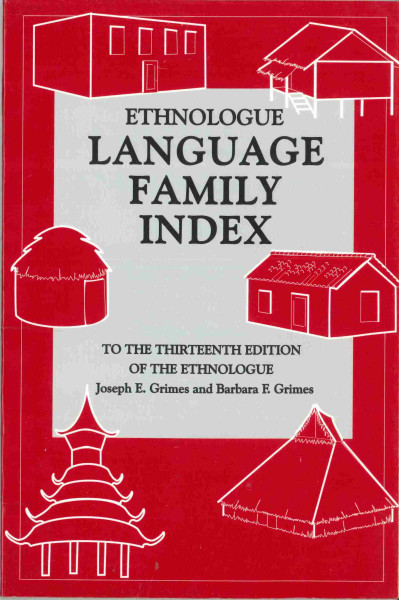 Ethnologue: Language Family Index by Joseph E. Grimes and Barbara F. Grimes. This book classifies the world’s languages by families. While Basque is in a family entirely of its own, the sections on Austronesian and Trans-New Guinea languages go for pages and pages.

When I brought my books to the cash I saw a sign for an author appearance later that day at the Swiss consulate. I could not believe what I was reading: Romansch author Arno Camenisch was in town to promote the English translation of his novel Sez Ner. When I was studying Romansch in Laax, Switzerland in the summer of 2009, Camenisch came to the Casa Caltgera to give a reading. Sez Ner had been published only a couple months earlier. Camenisch stayed the night at the Casa and I had the pleasure of seeing the deliberately dishevelled author at breakfast with an even worse (or better?) case of bed-head. The author reading was that night. If only I wasn’t leaving Boston today! I would have attended the event and greeted Arno in Sursilvan. I can imagine the look on his face had I asked him a question during the Q&A in Romansch, then followed up on his reply to show that my initial question wasn’t merely rehearsed phonetically. I mean, what are the chances he’d encounter another Romansch speaker in Boston?