The Book of Nods 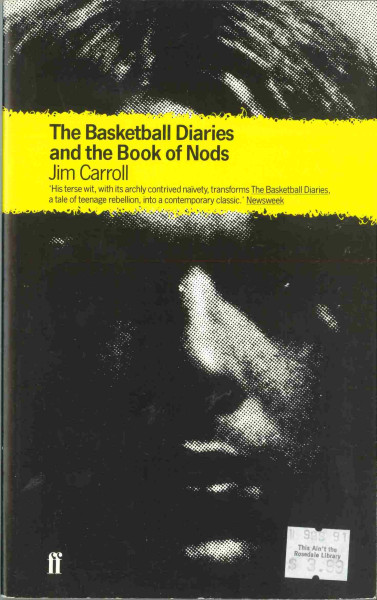 The Book of Nods by Jim Carroll was published in 1986 after The Basketball Diaries. It originally appeared as a collection of prose and poetry however the edition I read, published with The Basketball Diaries in one volume, only contained the short stories. The stories in Nods were all very short; there were 34 over 65 pages. The drug theme that underlined the basis for the Diaries was for the most part subdued in Nods. Carroll wrote about real life situations and concerns, such as the Indian Point Energy Center, a nuclear power station north of New York City (from “My Father’s Vacation”):

“I no longer concern myself with cancer. I watch reactors erected through a glass screen in living colour. How could it be possible that they are just up the Hudson River, no more than an hour’s drive away?”

Nuclear power, and the threat of war, worry Carroll, and he transferred this concern to the animal kingdom. In “Quality”, the otherwise calm state of bees is compromised by the nearby transit of military vehicles:

“They are for the most part so unexpectedly well behaved, and it is only the passing of the jeeps and tanks through the mountain road leading to Camp Davidson that at times upsets them, irritates and leaves them the worse for a short while in the way of production.”

Carroll can write some beautiful images, and I was taken by the first paragraph in “Parting the Reeds”:

“I lie drugged along the banks of the Nile. The tall reeds are like fingers, signalling me to the pleasures of death by water. I pass into the tide. I straddle an ancient crocodile and, with the spikes upon my tongue, lick the soft green algae of one hundred years from its neck. He takes me under, the light there is blue as the ceiling of a Cuban church.”

Carroll might have been on a lucid trip when he saw that Nile crocodile, yet there were many stories which made so sense. The non sequiturs transmitted without synapses from paragraph to paragraph. These stories’ only salvation was their brevity; nonetheless it still took me a good long time to get through even a single-page story. The majority of the stories however were speedy reads, flittering grasps of Carroll’s mind at the time, and it was a pleasure to read so many of them in this collection.