The Lapp King’s Daughter: A Family’s Journey Through Finland’s Wars 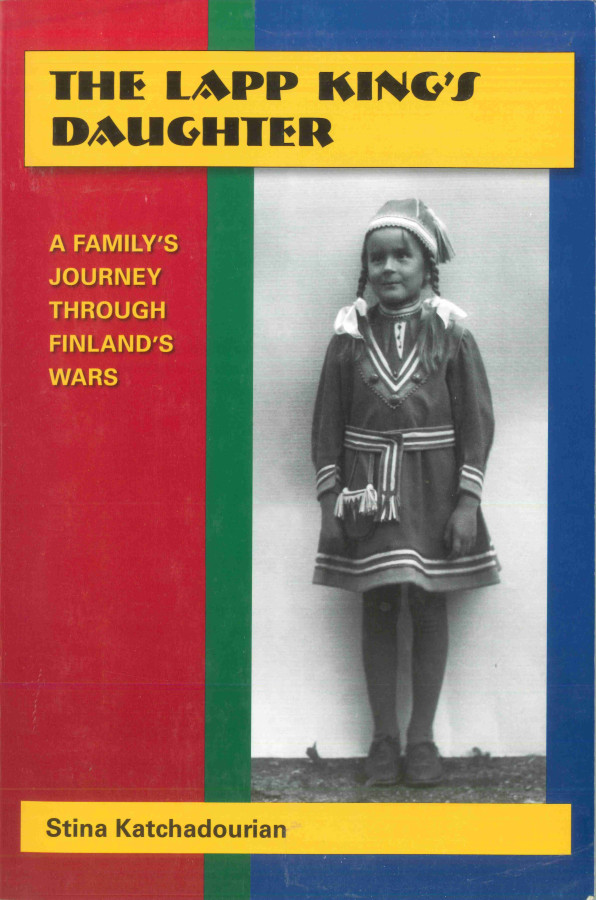 I bought The Lapp King’s Daughter: A Family’s Journey Through Finland’s Wars by Stina Katchadourian when I was in Finland in 2017. It tells the story of the author (then with the surname Lindfors) when she was a little girl in Helsinki and was caught up in the midst of Finland’s Winter War, Continuation War, and the final Lapland War at the conclusion of World War II. Her family had to flee to various cities, towns and farmsteads across the entire country and eventually found safe havens in Sweden. This book was not a translation; it was originally written in English, as the author moved to the USA in 1966.

Aside from providing vivid childhood reminiscences of her country constantly at war, Katchadourian also shared the intimate correspondence between her parents when her father Lale served on the front lines during the first two of these Finland wars. Lale sent his family all that he could while his family was on the run, and his wife Nunni put on a brave face to appear strong to him and to her two daughters in the face of such uncertainty and deprivation. Katchadourian did not paint her mother solely as a figure of boundless strength, however. In one letter she cited, Nunni totally lost it and had a mental breakdown on paper. There was only so much that she could endure while her husband faced death every day for the duration of these wars.

Katchadourian captured the wartime environment with terror seething through every line. Her family sought shelter in basements during the bombing raids of Helsinki and there was never enough food. They had to forage through the wilderness for roots and berries and whatever food was still available was all too often poor substitutes or rotten:

“The oatmeal porridge we ate was full of chaff, and the army cracker bread that civilians sometimes could get had small worms that we needed to brush off before putting it in our mouths.”

Katchadourian related the tragic aftermath of the Finnish Kindertransport, where seventy thousand children were separated from their parents to safe haven in Sweden. A small number went to Norway and Denmark. Sadly, many of the especially younger children forgot or never even acquired their native language and by the time they were reunited with their parents, they could not communicate with them. The two pages she wrote about the Kindertransport nearly had me in tears.

I am glad that the author provided maps to outline each step of her family’s migration, however she did not include every spot on the map. Some small towns were listed but not others. I would have expected that the two detailed maps (including a map of Lapland) would have shown all the places her family travelled to. A photo section showed her family during this devastating time, and included the various towns and farmsteads she fled to. Their travels to the Finnish far north, Lapland, did not occur until halfway through the book. Katchadourian’s family is not ethnically Sami, and the cover photo and title are misleading, for it only shows the author “dressed up” in Sami traditional garb.