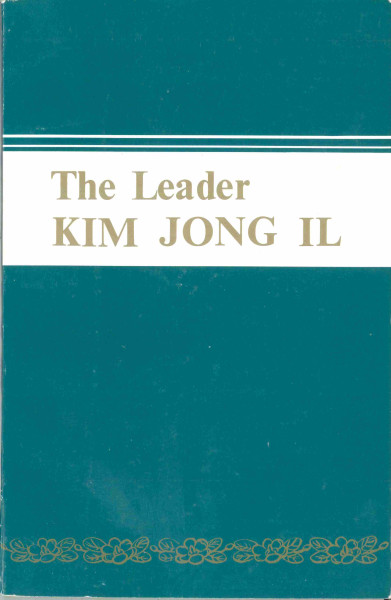 The Leader Kim Jong Il by Kim Gang Il is a slim biography of the Dear Leader Comrade General from 1990. Although it was only 136 pages, it took me six days to finish, mainly because it was such a poor translation. I actually enjoy reading the North Korean hagiographies I picked up about Kim Jong Il and his father the Great Leader Marshal Kim Il Sung, yet a bad translation ruined the experience and I found this book both boring and a tedious page-turner. In other words, I could not wait to finish it. I do wonder if propagandist books like this were really meant to be reviewed. The author surely never expected a Canadian to write critically about this short work twenty-five years later. I am afraid my review will be a rehash of all the other North Korean bio reviews (and I know I have written that before). More stories of the Dear Leader’s life from childhood on, where he grew up as a child of revolution, a born leader working tirelessly and often (all too often) without meals well into the night. Inefficiencies are miraculously remedied by an on-the-spot visit from the Dear Leader. Kim Jong Il is the ultimate micromanager. This book, more than other North Korean books I have read, was an exercise in redundant writing. How can the author live with himself, writing a single sentence and then stretching it out to paragraph length without adding anything new, other than a rephrasing of the opening sentence, using the same words even? Read these examples:

“Factories and rural villages are the basis of the activities of workers and peasants and other working masses and the theatre where the policies of the Workers’ Party of Korea are put into practice. The policy of the Workers’ Party of Korea is implemented and bears fruit at factories and in rural areas through the creative labour of the working masses.”

and this priceless example:

“This is a legendary episode, and his behaviour as a boy was all so suggestive of his wisdom and brightness that he deserved to be called a demigod.”

“Secretary Kim Jong Il is the Prometheus who kindled the flame of this renaissance of the 20th century.”

The author had a poor writing style, one that cannot be blamed solely on the translator. I do believe that the translator was merely working with the original substandard text before him. Still, I wonder how the following sentence could have appeared in print:

“The speed campaign means that one pushes ahead with work at lightning speed and thereby attains the greatest achievements in the shortest period of time.”

The English speakers who read that sentence all let out a collective Duh. Couldn’t the translator have achieved the same effect by just the first three words of that sentence? And how about this awful example, which is so typical of a poor Korean-to-English translation, where the definite and indefinite articles are often lacking:

“An instructor of the college of agriculture who had succeeded in producing a new kind of microelement fertilizer after repeated research for some twenty years and one who had found out a way of comprehensive use of excrement of factory after the painstaking research for ten years and other unassuming heroes were picked out everywhere.”

It took me six days to finish The Leader Kim Jong Il because I had to reread, repeatedly, such sentences as above to try to understand them. There is better North Korean literature out there–but even then, that’s not saying a lot.