The Old Man and His Sons 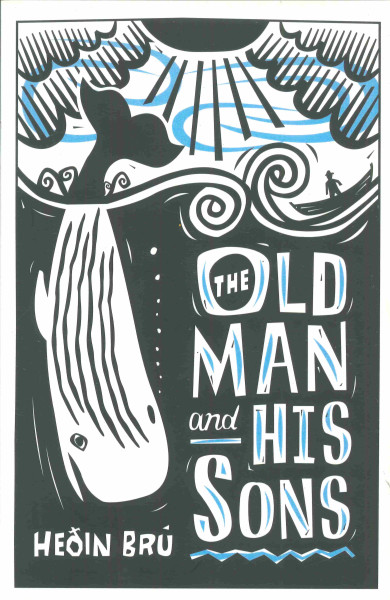 The Old Man and His Sons by Heðin Brú is another classic of Faroese literature. This novel was first published in 1940, and unlike Barbara, which was originally written in Danish, Brú’s novel was written in Faroese. It was translated by John F. West. I read it over three days as I could not put it down. It had me laughing as I turned the pages and that was probably one of the main reasons the Faroese voted it their Book of the Twentieth Century.

Ketil, his unnamed wife and youngest son Kálvur live in a tiny two-room house with a dirt floor in Seyrvágur. Ketil gets into trouble by buying too much whale meat at auction. He and his family spend the rest of the novel trying to find ways to pay their debt. Comic relief is provided by their son, who at twenty-four years old is still afraid of the dark and whimpers like a toddler. Kálvur is the baby of the family yet carries this endeared privilege into adulthood. He is at times whiny like a crybaby and at others a sexually active adult who sleeps with his girlfriend.

Before I got halfway through the book I wondered why the English title was translated as The Old Man and His Sons, with emphasis on the sons, plural. We rarely meet any of Ketil’s other sons. The original Faroese title, Feðgar á Ferð, means Father and Son on the Move, and since Ketil and Kálvur are always roaming the Faroes in their quest to earn money to pay back their whale meat debt, it seems more fitting to have kept it.

Brú makes use of gallows humour in a literal context when he confronts a friend about to commit suicide by hanging himself from the roof beams. Ketil shrugs it off by telling the friend:

“Come on down now and get back to bed. Next time, do your despairing in the daytime…”

These crossbeams are the source of much humour as Ketil’s hens live inside his house and perch up there. One is always dodging falling excrement:

“But he also reflected that it would never do to look straight up in the air in this way in their old-fashioned house, because the hens sat on the crossbeams, and at any time you might get an eyeful.”

Whenever the hens needed to relieve themselves, West translated with the verb to mute, which I see from Merriam-Webster means “to evacuate the cloaca (of a bird)”. Knowing the humour and tone of language used elsewhere in the novel, I don’t think it would have been inappropriate for West to have used the vulgar term to crap. The verb to mute created ambiguity when I first encountered it. I honestly thought that the clucky hens just fell silent.

I laughed many times while reading, and Ketil’s cutting one-liners were right out of a comedian’s stand-up routine. His wife is obsessed with what the neighbours think as she has lived in the same small Faroese village–one that she hasn’t left in forty years–where everyone knows everything about her and there is no sense of privacy whatsoever. Ketil knocks down her paranoid obsessions with lines such as this:

“Ketil wanted his wife to get up and ride, but she refused until they were past the infield wall. ‘I wouldn’t dare to sit astride a horse anywhere where folks might see me,’ she said.
“‘Don’t be so silly, talking like that. Your legs are no uglier than anyone else’s, and these days, every woman’s skirt shows half her thigh.'”

I am returning to the Faroe Islands in July and will look for more Brú novels in translation. I loved The Old Man and His Sons.