The Pelee Project: One Woman’s Escape from Urban Madness 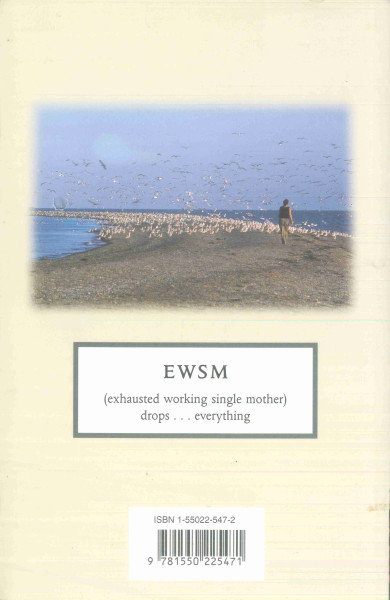 The Pelee Project: One Woman’s Escape from Urban Madness is Jane Christmas’s account of her three months spent on Pelee Island during the winter of 2000. Stressed out at work and by her daily commute to Toronto from Hamilton, Christmas was feeling the urgent need to get away from the rat race. After previous visits to Pelee Island, Christmas felt the call of the Lake Erie island as the perfect place to relax. Accompanied by her eight-year-old daughter Zoë, Christmas left her two sons and boyfriend behind and braved the winter on a virtually abandoned Pelee Island.

I discovered this book when I visited the island this past summer. I spoke to plenty of locals who claimed that only a hearty seventy souls stuck it out all winter; if that number is true then it is about half the winter population from twenty years ago when Christmas was there. Even so, it’s still a tiny fraction of the summer population. I lapped up her story because I could identify with it so intimately since I had also decided–twenty years ago, as well–to take a leave of absence from work. I wanted to study the Finnish language in Helsinki. It was a break I needed and it made me a stronger and more confident person. It was one of the best decisions I had ever made. However Christmas found that those around her were not always supportive of her plans to take some time off:

I recall the quizzical stares I received when I told some people that I wanted to study the Finnish language during the summer of 2000. “Are you Finnish?” and “What could you possibly use that language for?” were typical reactions. Some people were quite thrilled to hear about my desire to do it and maybe I inspired some dreaming in others. Christmas used the end of her book to stress the importance of taking time off such as in leaves of absence and the need for more companies to grant such leaves to their employees.

Christmas arranged to transport her car to the island before the ferry discontinued its service over the winter. She rented a house from a travelling islander and enrolled Zoë in the school, but she couldn’t plan everything in advance. There was one important thing that slipped her mind: it was a culture shock to find herself without adequate groceries and a store that wouldn’t be open for a couple more days. You will laugh with her as she regales you with her first attempt to use the island’s gas pump. Yet she adapted and quickly made friends who were generous to share and help out.

Her descriptions were stunning. The stillness of a wintry island in the middle of Lake Erie–the white landscape surrounded by white ice topped with a white sky–made for an image that literally gave me chills as I read it. She experienced sunsets that were unlike any she had ever seen before. I witnessed such a pink explosion of sun over the summer. With life at a slower pace, she could pay attention to the birds and identify each species–and plenty of birds stop at the island during their migrations. Conversations mattered and people were more honest with her. It was easy for her to feel at home among her islander friends when she developed the skills to listen:

“I had long lost the capacity to listen–really listen–to my children or to anyone; I had perfected a habit of intently looking at people with compassion-filled eyes while simultaneously making a mental list of things I had to pick up at the store.”

Christmas could see the positive, calmer changes that had come over her. She had developed a closer relationship with Zoë and even her own mother, who had stopped by the island on a visit, remarked at her transformation. It was as though Christmas had been baptized in Lake Erie. While she was on Pelee, she remarked:

“I wished I could live my life over and make decisions based on the quality of my life rather than on the elusiveness of some imaginary career quest mapped out by media messages, social expectations, and a myopic women’s movement that ignored the richness of a rural life.”

My brief time on Pelee Island ignited a spark to see more of the island during the summer and now that I have read about the winter there I think I would enjoy a wind-battered snowy stay too.