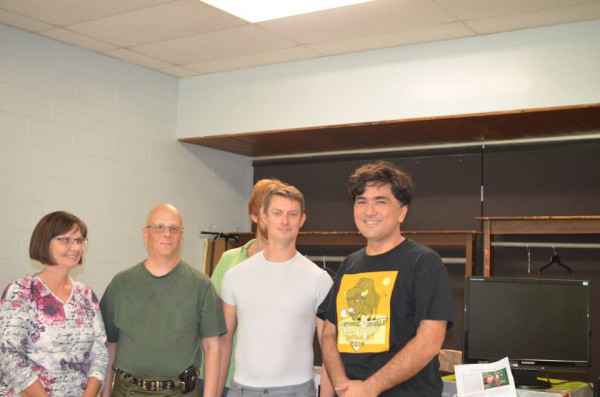 I played in the Michael Wise Memorial Scrabble Tournament in Toronto this past weekend. The expert group in TWL was the smallest that I can recall: six players. My rating at 1699 gave me an estimate of 7.1 expected wins. I had almost attained those winning expectations at the end of the first day, as my record after eight games was 7-1. I found the gap between the first- and second-place player to be out of the ordinary. I was ranked first at 7-1, while the second-place finisher was only 4-4. That’s incredible, innit, that one could be three games ahead after only eight rounds? Some players were telling me on Saturday night that there was a very good chance that I would be Gibsonized, but I wasn’t going to count any chickens. I just had to make sure I played as well on Sunday as I did that day.

After game eleven my record was 10-1, and with the next highest record at 7-4, I indeed had won the tournament with two rounds to go. This kind of performance doesn’t happen to me. I was elated yet tried to keep calm and play my best, because I wanted to go for a 12-1 record. I did win game twelve but lost my final match to finish with an 11-2 record. I finally won the Toronto Tournament!

Here are my bingos listed first, followed by my opponents’:

I chickened out of playing either CHOUSER or ROUCHES even though both anagrams occurred to me immediately. I was happy to find the S to play through. When two dopey words occur to me immediately, words that I only would have known in a Scrabble context, that should have told me something. I don’t automatically conjur up ROUCHES when I see CHOUSER. There were bingo lanes open for either anagram.

The TLS square was right after the H in VARNISH. My opponent made a play that kinda-blocked it, so the only way to take advantage of VARNISHY was if the hooking word was four letters long ending in -GY. I never got the opportunity to do so, and my opponent admitted to not knowing the -Y hook.

rECHOSe was my highest play of the tournament, scoring 98. I let ERODERS* go. I know its TWL anagram, yet didn’t see it when my opponent played the bingo. This kind of word makes the best phony because it seems so plausible. I don’t even think I held him.

My opponent held NOTATIVE, and all the time I was thinking to myself “Challenge it!”.

I had a hellish rack before I played my bingo. My opponent had just played BOGARTS for 70 above the bottom TWS row. I underlapped with with DAD for 28, keeping two V’s. When I saw with my new rack that I had VeLVETS, and a place to play it, I could only pray that my opponent left my sole bingo lane open. I was so excited to get to play such a ghastly word that I forgot to designate the blank. My opponent did what anyone should have done: he hit the clock back on my time so that I could designate it. I had never done that before. VeLVETS (89) hooked onto three words, making FE, UT and COSIES. ELSTVV? was one of the best as well as one of the worst racks: it’s either a bingo or a trade.