Ultra Bra on vinyl / A day with Antti

I love vinyl and whenever a new Beatles or Beatles-related album comes out, I always collect the vinyl version. Yoko Ono’s first Apple Records album has been reissued on vinyl as well as her first two “unfinished” albums with John Lennon. I have all three and intend to get her second, third and fourth Apple albums as well. While in Finland I discovered that Ultra Bra is releasing their back catalogue for the first time on vinyl on Svart Records, and including new songs and remixes on their limited-edition triple album Sinä päivänä kun synnyimme ( = On the day we were born): 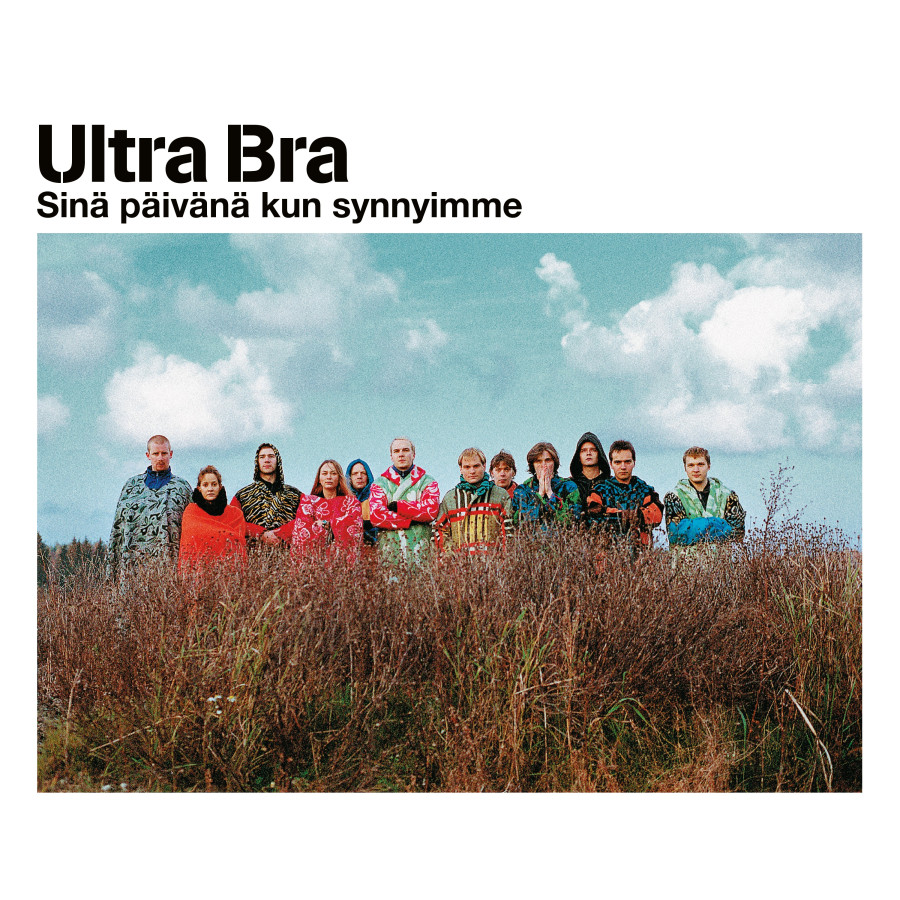 I found the black vinyl version (limited to three hundred copies) and the yellow-vinyl version (limited to two hundred copies) at the Hakaniemi Levykauppa Äx in Helsinki on Thursday. While searching on-line last night I reserved the last black-vinyl copy of Kroketti at Joensuu’s sole record store, Levy-Eskot, and picked it up when I arrived in town shortly after noon.

The photo on the album cover was taken seventeen years ago, and the Ultra Bra members are, from left to right: Arto Talme; Vuokko Hovatta; Antti Lehtinen; Terhi Kokkonen; Marko Portin, Kari Pelttari; Kerkko Koskinen, Jan Pethman; Ilmari Pohjola; Joel Melasniemi; Tommi Saarikivi; Olli Virtaperko. It’s incredible that all of them were able to reunite for the three concerts.

I am in Joensuu now, in southeast Finland. I am staying for two nights at the home of my friend Trish and her family. Tomorrow I am going to the Ilosaari music festival but just as with Ruisrock in Turku last weekend, I am only attending on Sunday. Ultra Bra is closing the rock fest, following the Pixies on the main stage. It will be an exciting way to end my trip to Finland, as I must catch the train back to Helsinki at 9:17 Monday morning. I will be reliving the concert on my flight back to Toronto.

On Wednesday I hung out with Ultra Bra drummer Antti Lehtinen during his live radio show on Radio Helsinki. From 3 – 6 p.m. Antti played a wide variety of songs, sung in English as well as in Finnish. He had invited me to attend and asked me to suggest some songs to play on air. I was all too happy to. The first Rowland request was the Northern Pikes’ “Teenland”. Antti would often consult two laptops at the same time, so I kept quiet as he was busy doing his job, but during the song broadcasts we would talk about all things musical, and during the broadcast of Joy Division’s “Love Will Tear Us Apart”, Antti asked me about the group’s lead singer, Ian Curtis. We talked about New Order and while the Joy Division song was still playing, Antti tweaked some knobs and did a quick search and changed the playlist on the spot to air my favourite New Order song, “Regret”, immediately afterward.

After the radio show Antti treated me to a cider and tapas at Sidrería bar & café, a favourite hangout of his. During my visit with beloved friends Tiffiny and Risto at their house on Tuesday night, they recommended I check out the new sauna bar Löyly at Helsinki’s southern waterfront. I mentioned this to Antti and he was keen to check it out, so we went there immediately after Sidrería. During the short walk there, Antti showed me the places he frequented when he was a child. If I win several million euros, I will buy that Osuuspankki house for you, Antti!

Löyly was a chic place. People were having sauna and swimming in the Gulf of Finland. I treated Antti this time and had a Lapin Kulta beer. We watched the ships arrive from Sweden under a clear blue sky. It was slightly windy but a beautiful day to hang out with Antti, a musician whom I admire and who, along with his eleven Ultra Bra colleagues, have given me years of pleasure with his music.