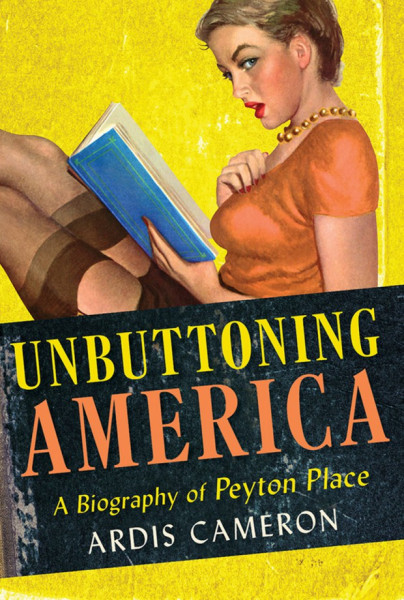 I read both Peyton Place and its sequel Return to Peyton Place in 2009, before I started to write book reviews. When the Mississauga Library System withdrew the two-in-one book that I had read, I was able to keep it: 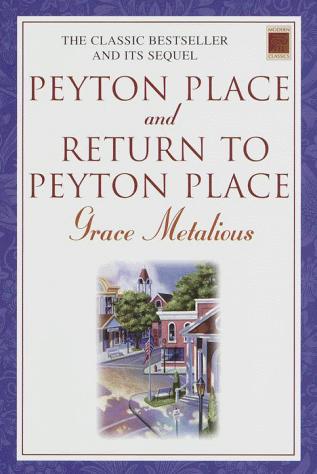 In 1956 no one had written a book like Peyton Place and it caused a scandal. It was even illegal to import copies into Canada. How times have changed, where everything now is a shade of grey. Unbuttoning America: A Biography of “Peyton Place” by Ardis Cameron is an academic study about this groundbreaking debut novel by Grace Metalious and the New England environment and social conditions of the mid-fifties. It was not a biography of the author or a retelling of the novel itself (for that, I will have to read Inside Peyton Place: The Life of Grace Metalious by Emily Toth). Cameron covered the state of sex in the US, focussing on sexual repression in the early part of the twentieth century and attitudes towards domestic life, premarital sex, infidelity and abortion. The reader must plow through some, in my frank opinion, boring histories about American sexual mores which were all the more unpleasant to read since the text was set in an unfortunately tiny typeface, with endnotes and photo captions set even smaller. I did not enjoy reading this book since the layout was so hard on the eyes. Cameron included several photos of Metalious and Peyton Place book covers and movie posters, so the break from the tiny text was most welcome. I also enjoyed the quotations from letters sent to Metalious, which illustrated the impact the novel had on a wide demographic of readers. That said, the subtitle was nonetheless accurate, as this was indeed a biography of the novel and how it was born out of post-WWII and post-Kinsey America.

Sixty years after it was written, Peyton Place is now moving from the smut pile to join the ranks of feminist literature. How? Metalious gave women a voice in their personal lives, and the courage to speak up for themselves about all matters sexual. Before the novel, no one talked about back-alley abortions or women who enjoyed fooling around. Those who suffered the pain of incest read about a character in the novel and found the courage to speak up:

“As with so much of Peyton Place, it blasted open silent topics and propelled secrets like incest and abortion into the public domain. Through the characters it was possible to talk about behaviors that were otherwise difficult to discuss.”

Letters sent to Metalious read like correspondence between the closest of friends. Writers unburdened themselves of their most intimate sexual secrets, and Metalious even wrote back:

“Because it was frank rather than romantic, female-centered rather than sentimental, Peyton Place represented a radical leap in its conception of women characters, encouraging readers to recognize themselves or one of their neighbors in its pages. ‘What hurts in Peyton Place,’ one reader notes, ‘is that it hits home a little hard.’
“New Englanders were not alone. Across the nation, readers felt the stab of recognition. The women of Peyton Place touched a national nerve, their true-to-life stories simultaneously well known and silenced, the subject of clandestine gossip and a will-to-not-know.”

“Compelled and buoyed by her story, they named the problems women faced but no one would talk about: unhappy marriages, the difficulty getting a divorce, low wages and poor jobs, the stigma of widowhood, single motherhood, and the sheer lack of public discussion.”

Peyton Place opened up the bedroom door and its readers found out that they could escape if they wanted to. Others saw the open door as a welcome sign to enter.