I was interested in Finland and Finnish culture years before I studied the language, although it was definitely the Finnish language that first drew me into a love affair with this fascinating country. Languages have always interested me and the Finnish language in particular–especially its worldwide reputation for being one of the hardest to learn, especially for native English speakers–only made me want to learn more about it. When the folk band Värttinä released Kokko, their first album in the North American market on a major label, in 1996, I got the CD and learned all of their songs by heart.

The music of Värttinä changed my life, in that it filled me with such joy for the Finnish language that I decided I wanted to learn the language myself. I researched many language programs at schools both here and abroad, and sent E-mails to countless teachers and professors. In the late nineties I developed an E-mail correspondence with Börje Vähämäki, of the Finnish Studies program at the University of Toronto. I did a lot of research as well into Finnish history and the Finnish-Canadian immigration experience, since my boyfriend at the time was the son of a Finnish family who had emigrated to Canada in the 1950’s. It was thus a shock to me when, after I told Prof. Vähämäki about this fabulous book I had found, Defiant Sisters: A Social History of Finnish Immigrant Women in Canada by Varpu Lindström, that he informed me that the author was none other than his very own wife. 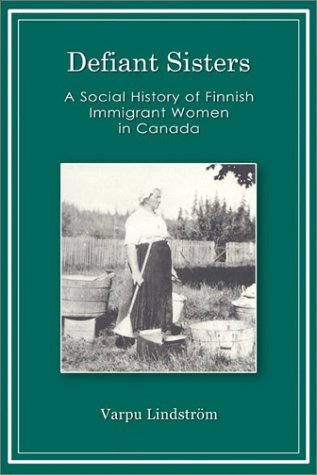 In my own quest to learn about Finland and Finnish Canadians, I encountered her name over and over. Prof. Lindström wrote several books and many articles about Finnish immigration to Canada, and I read these, including The Finns in Canada. Her pioneering work documenting the history of Finnish Canadians led me to more books on the subject, including The Finnish Baker’s Daughters by Aili Grönlund Schneider, Under the Northern Lights: My Memories of Life in the Finnish Community of Northern Ontario by Nelma Sillanpää and Between a Rock and a Hard Place: A Historical Geography of the Finns in the Sudbury Area by Oiva W. Saarinen. I regarded her as a personal hero whom I admired for her passion and dedication to documenting Finnish immigrant, especially immigrant women’s history. 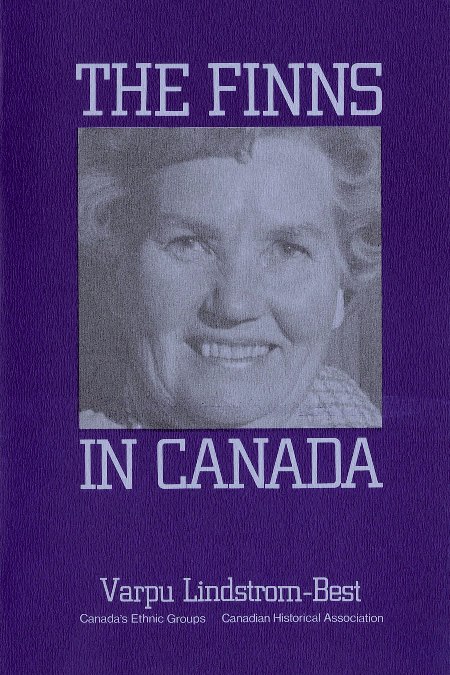 Varpu Lindström died on 21 June and I attended her memorial service two days ago. To honour her and her love for Finland I decided not to wear black, but a blue long-sleeve shirt and white pants and shoes to represent the colours of the Finnish flag. Prominent Finnish Canadians spoke during the service, including Prof. Saarinen. Juhani Niinistö, the former editor of the Finnish Canadian newspaper Vapaa Sana who interviewed me on Pride Day in 2008, also spoke at the service about the Finnish Canadian scene.

I regret to report that I never had the opportunity to meet Prof. Lindström. As I introduced myself to her friends and to her son Allan during the reception after the service, many people thought that I was a former student of hers, just by the way I was talking about her. I informed them that I admired her greatly, and knew and read her work and that what she accomplished on behalf of Finnish-Canadian history spread far and wide. Her work touched so many people that one could not say that one loved Finland if one did not know the name Varpu Lindström.

The last time I had an occasion to speak a lot of Finnish was during my trip with Mark to Finland two summers ago. During my trip to the service I thought that I would have an opportunity to speak the language. However, as I walked into the funeral home I was suddenly overcome by a reluctance to speak any Finnish at all. My Finnish is good in that I can think of what I want to say on the spot, but when I saw Prof. Vähämäki greeting people, I was overcome with the fear that I would screw up what I dearly wanted to express to him about his beloved wife. I was about to greet him then chickened out and left the room. A short time later after I relaxed, I summoned the courage and let my heart do the talking. I know if I committed any faux pas it was that I kept shaking his hand too long. I just poured out my feelings and all the while I kept shaking his hand!

It is a privilege to know the work of Varpu Lindström, and to join her family and friends to celebrate her life and pay tribute to a hero of the Finnish and Canadian people. Varpu on minun sankarini joka rakasti Suomea ja Kanadaa.