Without You, There Is No Us: My Time with the Sons of North Korea’s Elite: A Memoir 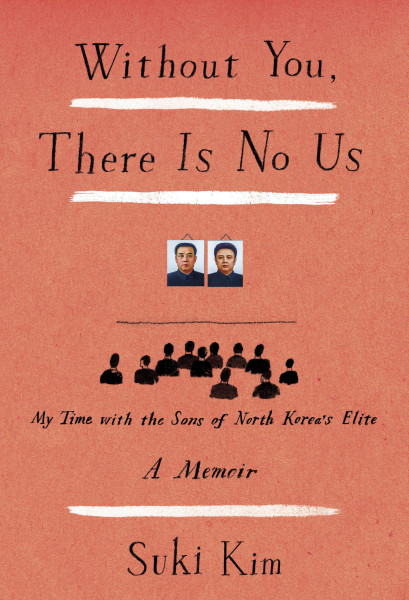 Suki Kim taught English to the sons of North Korea’s elite at the Pyongyang University of Science and Technology in 2011. Her perception of life in Pyongyang was the most accurate account I have ever read. I can make this remark because I myself have been there, and as it so happens we were there at the same time. Other writers, journalists even, have padded their own DPRK tales with sensationalism, and Kim wrote about them (without naming names). I always read the same stories about the impoverished brainwashed people of North Korea, yet not here. Kim based Without You, There Is No Us: My Time with the Sons of North Korea’s Elite: A Memoir on her own diary and wrote in it every day. Her account reads like a diary’s progression of events yet one that is not skewed by hindsight. It could very well have been about my own travel experiences and I recalled many events from Kim’s time there that occurred in exactly the same way. Whether one is an employee of a private university or a tourist, everyone must endure the same propaganda-filled travel experience. Even her attempts to send E-mails home was the same as mine. Knowing that our mails were monitored, we worried about immediate deportation should the authorities perceive anything that we wrote as critical of their country.

Kim taught English at two levels, one the most advanced class and the other the least advanced. In her interactions she was first subjected to canned responses from her students spouting the party line, yet only towards the end of her teaching assignment was she able to break down the barrier between them, although ever so slightly, when some of her students started to express what could be considered an independent opinion.

When she first met her students, however, they seemed more like robots than nineteen- or twenty-year-old men:

“They were eager, polite, and hard working. ‘Teacher’s paradise’ (as some teachers called it) was not an exaggeration. No American students were ever this obedient. As a group, they rose in unison the minute I entered the classroom, not sitting down until I told them to do so. They shouted out each answer together, hung on my every word, and demanded more homework. I almost felt like a military sergeant rather than an English teacher. I had never been revered so absolutely.”

Eager to impress their American teacher, they puffed out their chests with nationalist bravado:

“They emphatically insisted that Juche Tower was the tallest in the world; that their Arch of Triumph was the highest, certainly higher that the one in Paris (true); that their amusement park was the best in the world. They were always comparing themselves to the outside world, which none of them had ever seen, declaring themselves the best. This insistence on ‘best’ seemed strangely childlike, and the words best and greatest were used so frequently that they gradually lost their meaning.”

One observation that Kim made with astonishment was the lack of resources within the top-ranking university. How can the sons of the country’s elite (who are party members or otherwise well-to-do men–not women–of influence) be expected to lead the future when there was no Internet access? How can they exceed when no one has any concept of critical thinking or comparative analysis? Kim’s essay assignments were exercises in futility. None of her students knew how to present a theory, introduce it and back it up. In North Korea, one accepts everything one reads without question. There is no need to question anything, so the concept of proving a thesis is foreign to them.

The Pyongyang University of Science and Technology was in an enclosed compound where not only the teachers but the students themselves were sequestered. Students were separated from their families, even if they lived in Pyongyang. Kim learned to adapt to her environment, but hated it. It gave her an understanding of what life was like for her students as well as the North Korean population in general:

“We accepted our situation meekly. How quickly we became prisoners, how quickly we gave up our freedom, how quickly we tolerated the loss of that freedom, like a child being abused, in silence. In this world, there were no individual demands, and asking permission for everything was infantilizing. So we began to understand our students, who had never been able to do anything on their own. The notion of following your heart’s desire, of going wherever you chose, did not exist here, and I did not see any way to let them know what it felt like, especially since, after so little time in their system, I had lost my own sense of freedom.”

Kim had to have every lesson she prepared approved by a mysterious group of Big Brother figures known as the “counterparts”. At least she had the freedom to design her own curriculum, and only rarely were her lesson topics vetoed. Just as when I visited the DPRK, I was given an instruction package (yes–a package) and had to attend a ninety-minute briefing on what to do and what definitely not to do while over there. Kim had to watch her tongue because each class had anonymous monitors and secretaries in attendance, who would inform the counterparts what she was teaching them if she strayed off course, so she couldn’t slip in anything that had heretofore been vetoed. Thus she was left at first with a degree of chilled suppression of her own voice:

“Yet it was understandable that we would sometimes forget to be careful, since we had not been raised in an atmosphere of hypervigilance. With each day, I found myself slipping, usually at meals, where our conversations were more informal. Sometimes after teaching all morning, I became clumsy from fatigue. Other times I slipped on purpose.”

Since Kim taught at a university specializing in science and technology, she was wary of the uses her instruction would impart:

“Some days I had the uneasy feeling that I might be teaching the very people who were monitoring our emails, that I was training them so that they could spy better.”

By the end of her first semester, Kim felt powerless. As a teacher, she ought to open the world to her students. She should be able to tell them about foreign cities, movies and technology. While the students did look curiously at her electronic gadgetry, they did so while holding back, as if they were afraid to show too much of an interest. Conflicted about whether or not she intended to return the following semester, Kim had to be careful lest she jeopardize her future at the university. Thus on the final day of her first class:

“I could not say, as I shook hands with each of them, Leave this wretched place. Leave your wretched Great Leader. Leave it, or shake it all up. Please do something.“

The most apt remark was one that I liken to a belligerent toddler who is hungry yet still throws his bowl to the floor:

“They say that they want to learn English, but they don’t like us. Their attitude is like ‘Just give us the English we need but don’t stop over this way.’ But you can’t expect everything when you give nothing.”

So just have the teachers come over to teach the elite English, but don’t expect to do anything else. You will have no freedoms, you will not be able to do anything you want, and you will play by our rules while you teach us only what we approve. And we will expect you to like it that way. That attitude cannot survive for long. No one will endure those conditions without getting something in return–like a walk outside the university compound, for starters. Kim concludes with the observation that engagement with the outside world–the English-speaking capitalist economies in particular–is necessary for the survival of the North Korean people:

“That was the inherent contradiction. This was a nation backed into a corner. They did not want to open up, and yet they had no choice but to move toward engagement if they wanted to survive. They had built the entire foundation of their country on isolationism and wanting to kill Americans and South Koreans, yet they needed to learn English and feed their children with foreign money.”

Kim left the DPRK shortly after the death of the Dear Leader Comrade General Kim Jong Il. Her students’ tearful goodbyes and pleas to stay were wiped clean–as if they had never happened–once news broke of the death of their beloved Dear Leader. Kim, the venerated teacher who was leaving the university, was now totally blanked. Ignored. Her students could not even register her presence as they all mourned the sudden loss of Kim Jong Il. When she finally managed to get some of them to express a personal opinion, the Dear Leader died. All her work towards developing their independent minds was in vain as each citizen would have to embark on a lengthy period of official mourning. No one strayed from this routine for fear of punishment. The regime had a lock on individual expression and under Kim Jong Un, still does.