You’d think I’d have been there already

Yesterday and today I got together with some friends I hadn’t seen in a long time. When I was studying Finnish at Helsingin Yliopisto during the summer of 2000, I met Tiffiny and Risto for the first time. I had been in an E-mail correspondence with Tiffiny already for several months. I contacted her after finding out on-line that she had taken the same intensive summer language course that I was enrolled in. Tiffiny and her Finnish fiancé Risto picked me up at the airport and during my first weekend in Finland after my class, they invited me to Risto’s family’s mökki, which loosely translates to cottage. It was there that I met Joona and Timo and then a year later, at Tiffiny and Risto’s wedding, I met Mikko, Tuulikki, and Arto. I have seen Arto many times since 2001, and I used to stay at his place in Helsinki for several years. He has even stayed at my house. However, I hadn’t seen the other four for fifteen or sixteen years. They, along with Tiffiny and Risto, gave me the best introduction to Finnish hospitality and friendliness.

Yesterday when I left the hostel every building was bedecked with the Finnish flag. I knew then that it was a special flag day. While not a national holiday, it was a day of national significance. Tiffiny and Risto told me that April 9 was the Day of the Finnish Language. Two national figures were either born (Elias Lönnrot) or died (Mikael Agricola) on that day. To commemorate the occasion, the Rossis started the tradition of holding a barbecue, punning Agricola with Agrillcola, since Finns say grilli when they mean barbecue. It might be freezing and snowing in my part of Canada but in the Helsinki area it has been quite nice since I arrived, hitting 7°C. Perfect weather for a grilli. I ate so much food I had to wait pretty late for my dinner at the hostel.

I met Arto today and we went out for coffee at La Torre on Aleksi. Then we walked all over Katajanokka and downtown Helsinki. I did some grocery shopping and picked up two new kinds of Fazer chocolate bars: 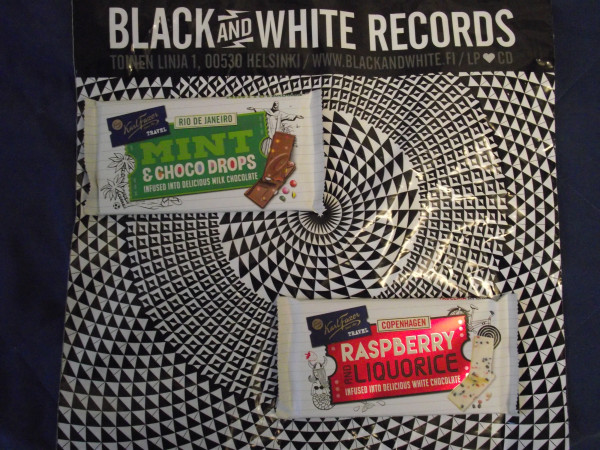 Don’t be fooled by the Rio de Janeiro and Copenhagen references; it’s just a marketing gimmick. I also saw “New York” and “London” chocolate bars. I use the term “new kinds of Fazer chocolate bars” very loosely. I haven’t been to Finland in six years so these might have been around since 2010 for all I know.

This is my eighth trip to Finland. I came in 1999, 2000, 2002, 2003, 2004, 2007 and 2010. You’d think after that many visits I would have set foot inside Helsingin tuomiokirkko, or the Helsinki Cathedral. It is the symbol of Finland, seen in every travel book and the cathedral has become a central gathering place, like Toronto’s Nathan Phillips Square. As I was walking back to my hostel from the grocery store, I saw that the door to the cathedral off Unioninkatu was open. I then decided that it was about time I took a look around: 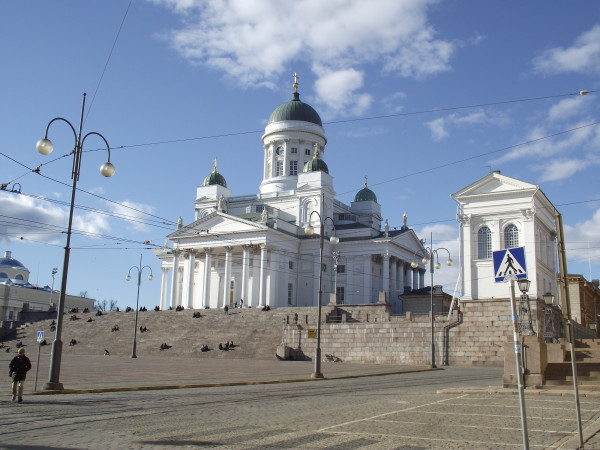 As in London, Cape Town and Zürich, Helsinki too has a giant Ferris wheel: 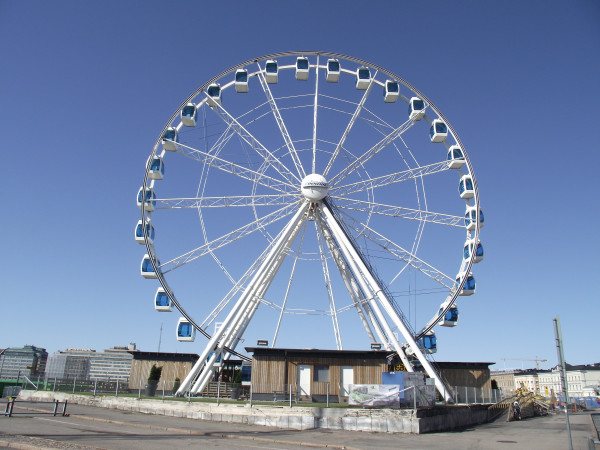 It’s called a maailmanpyörä in Finnish.

Tomorrow I leave for Oulu where I will be for two nights. On Tuesday I plan to take the bus to Ii, where I will mail all the postcards I have written.